As soon as I saw the breast cancer pamphlets in my mom’s bathroom, I knew. I’d just returned home from a semester abroad in Spain, and I was taken aback. Cancer had always been something that happened to other people, not to someone close to me — and not to my mother. My world, as I’d known it, was about to be turned upside down.

When I went back downstairs to join the rest of my family, I received some iteration of the “There’s something you should know” talk. I don’t remember what was said and, to be perfectly honest, it doesn’t really matter. All I heard was “breast cancer” and “surgery.” The rest was a blur.

Once I’d had a chance to digest the news, I realized it wasn’t as grim as I’d thought. A routine mammogram had revealed the cancer pretty early — stage zero, in fact. I didn’t know that level even existed; I’d just assumed cancer was an automatic death sentence. Luckily, I was wrong.

By being proactive about her health, my mom literally saved her life.

I don’t even want to imagine what could have happened if she’d postponed that doctor’s appointment or skipped it altogether.

My mom was diagnosed that October and had a double mastectomy that December. And she’s been (knock on wood) cancer-free for 11 years, thank God. 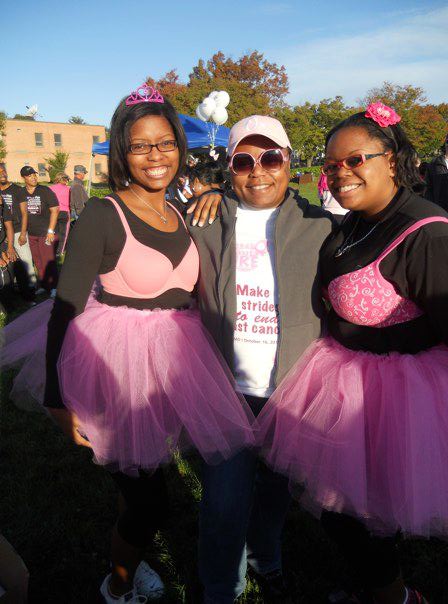 If there’s a silver lining in all of this, it’s that my mom has inspired me and my sister to take our health more seriously.

It’s so easy to take our health for granted and assume that if everything is good, then we can get away with missing an appointment here or there — but that’s simply not true.

After performing a breast self-exam in the shower a few years ago, I noticed a hard lump that felt like a small marble in my left breast. My heart immediately sank and I rushed out to have my mom feel it, too. I scheduled a doctor’s appointment with my OB/GYN the next day, and the oncologist who’d operated on my mom performed a biopsy.

It turned out to be fibroadenoma, a common benign breast tumor that’s typically found in women in their 20s and 30s. Eventually, the mass disappeared (as my doctor said it would), but because of my family history with breast cancer, everyone wanted to be extra cautious.

I know that because my mother had breast cancer, my sister and I are at a higher risk. Breast cancer is also the “most commonly diagnosed cancer among Black women.” It’s also higher in Black women than white women under age 45, according to the American Cancer Society.

With the odds stacked against me, I can’t afford to be lackadaisical about my health. Being passive is not an option — not for me and not for you.