Here’s when your name was most popular in America, just so you know

The unexpected answer: a ton of data, according to the Name Age Calculator.

Since we first discovered the above website, we haven’t been able to stop using its search engine. Here’s how it works: you plug in a name, select a gender, press search, and then up pops a graph showing you when your name was all the rage. There’s a black line, which symbolizes the number of babies given the searched name that year. Then, there’s the shaded area, displaying the number of people who were alive that year with that same name (as of January 2015). After 1985, records are based on Social Security information and are more reliable than those before 1940, which are estimates.

Beneath the graph, it tells you the median year the name was most popular and how old a person with that name would be today. (Pretty snazzy, huh?)

Warning: this calculator is really addicting. First you’re all like, “I’ll just search my name,” and then five minutes later, you’re looking up the name of the kid who sat next to you in first grade. 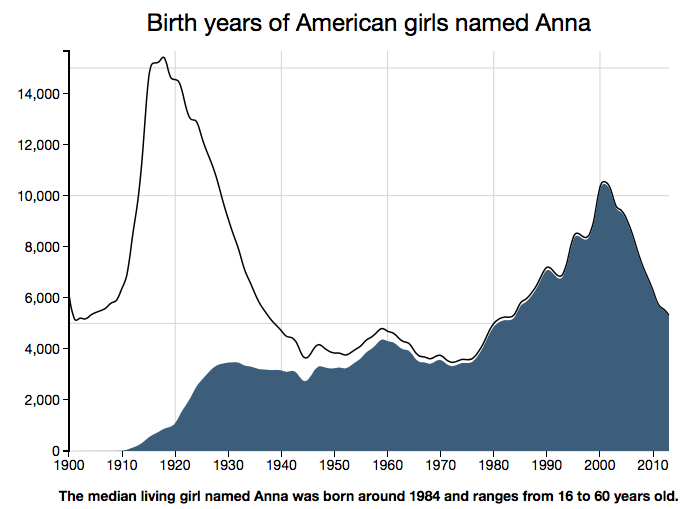 Alright, from 1910-1920, baby Anna’s were basically taking over the world… and it all went downhill, uphill, back downhill, and so on and so forth from there.

My parent’s names are Mary and Kevin (classic), so let’s give theirs a whirl: 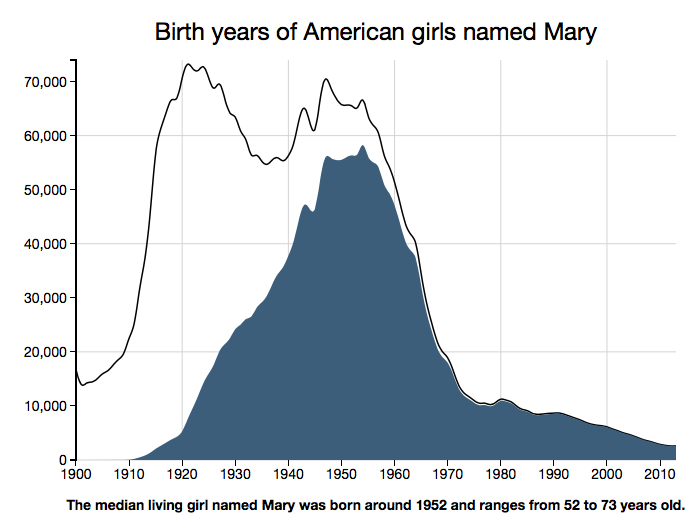 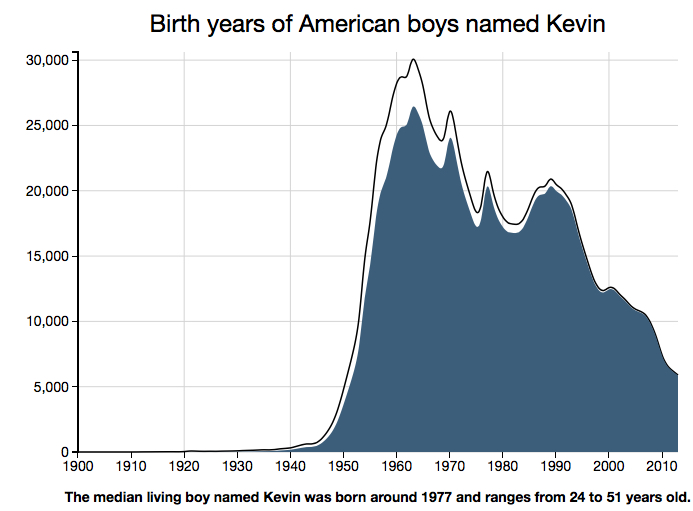 The age ranges at the bottom are pretty dead-on for these two. However, Mary is the clear winner here (with numbers going past 70,000!) – sorry Kevin, but hey, at least you’re more popular nowadays!

Interestingly enough, I actually named my sister (which could have been a disaster). Let’s see how well I did: 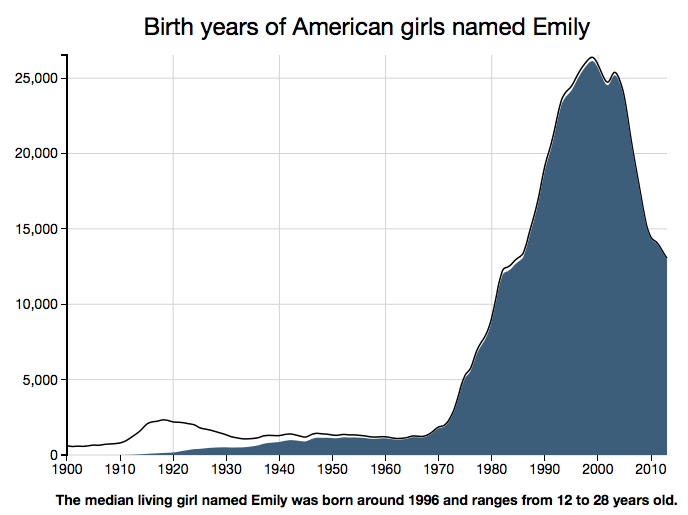 Since she was born in the late ’90s, I’d say that I knew what I was talking about – especially since I named her after a character from the TV show Little Bear (any LB fans out there?).

Just for fun, let’s try my cat (whose real name in Jiminy, but that name isn’t in the database… I wonder why?): 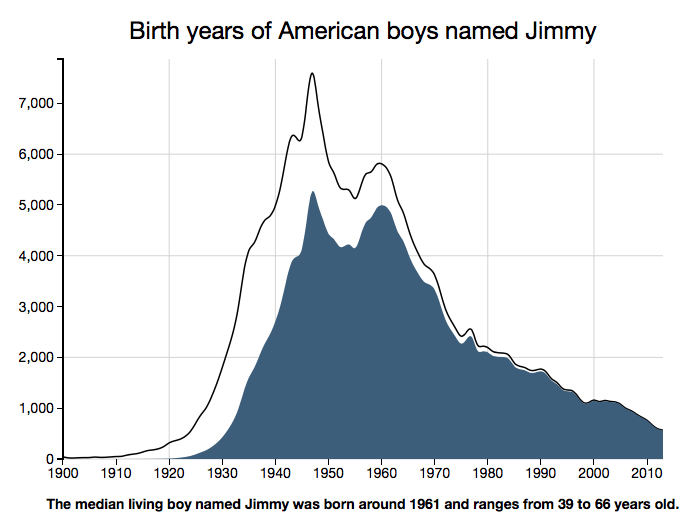 After 1920, things were really looking up for all the Jimmys of the world. Sadly, the data at the bottom isn’t accurate for my feline friend — maybe a human subject would work better? Just a guess?