The two sat in the front row and could not have been cuter.

Fun fact: It was Brown’s first fashion show, reported Just Jared, and we’d say she handled it like a pro.

Of course, on Netflix’s Stranger Things, Ryder plays a maternal figure, maybe there will be some intense mothering for Eleven in season 2?

Look how adorbs they are offscreen, too. 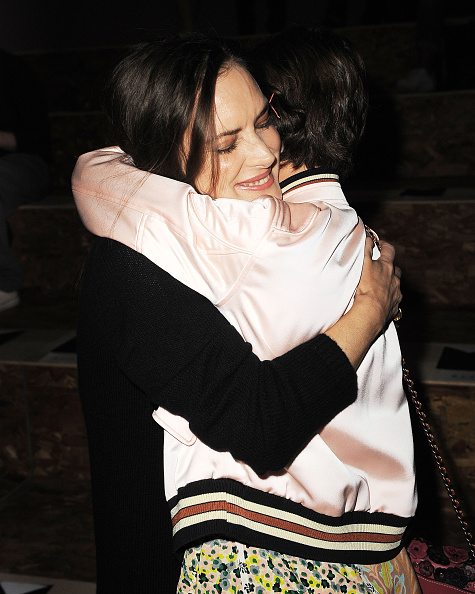 They were “thrilled to be together; they were both smiling ear to ear, an onlooker told Us.

And what does Brown think of Ryder?

“Her talent and her drive [are inspirational], Brown told Us. “She is just such an incredible actress, but also a really amazing person… Everybody says we look a lot alike. I was just very intrigued — she was a young actress and I could just really, really relate to her in a positive way.