We need a U.S. release of this mermaid assassin movie, STAT!

For many of us, Disney’s The Little Mermaid was a formative film. Didn’t we all want  to live under the sea, with cool fish friends, a grotto full of dinglehoppers, and a forbidden romance with a land-bound prince? Still, all Disney girls must grow up eventually, and while Ariel will always hold a place in our hearts, it’s time to evolve. May we suggest evolving to love a movie where there’s a mermaid assassin?

Ah, we see we have your attention now. Yes, we said mermaid assassin. Mersassin? We’ll work on the terminology. Thanks to one of China’s most brilliantly weird directors, Stephen Chow, there is a movie featuring said mermaid-assassin currently out in China, and get this: It’s crushing box office records like lobster shells. Even better, it turns out that Chow’s The Mermaid is a rom-com. Yes, let’s go over that again. China has a record breaking romantic comedy about a mermaid assassin currently out in theaters. WHERE IS MY PASSPORT?? 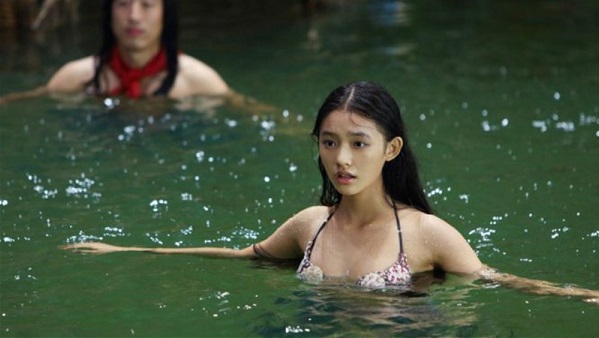 The fantasy rom-com tells the story of an awkward mermaid, Shan, sent on a Jason Bourne-style mission to murder an environmentally-destructive businessman Liu Xuan. But guess what—can you guys guess what? They fall in love instead! GIVE ME ALL THE TICKETS.

Chow, the film’s director, is greatly celebrated in China and also a low-key celebrity in the U.S. for his comedic martial arts films, Kung-Fu Hustle and Shaolin Soccer. Apparently, fearing that U.S. audiences won’t respond to Chow’s artistic vision behind the camera as well as they do to him kicking butt in front of it, the film didn’t get much press in the States until it went insane at the Chinese box office, raking in more than $379 million as of Friday night.

So release it wide, dub it, don’t dub it, remake it—we don’t care. We just wanna see it! Give us our grown-up mersassin romance, Hollywood!

Filed Under
The Little Mermaid
Latest