Melissa McCarthy just made up a bunch of nail polish color names, now we want them all

Even while getting her nails done, Melissa McCarthy is hilarious. Because of course she is. 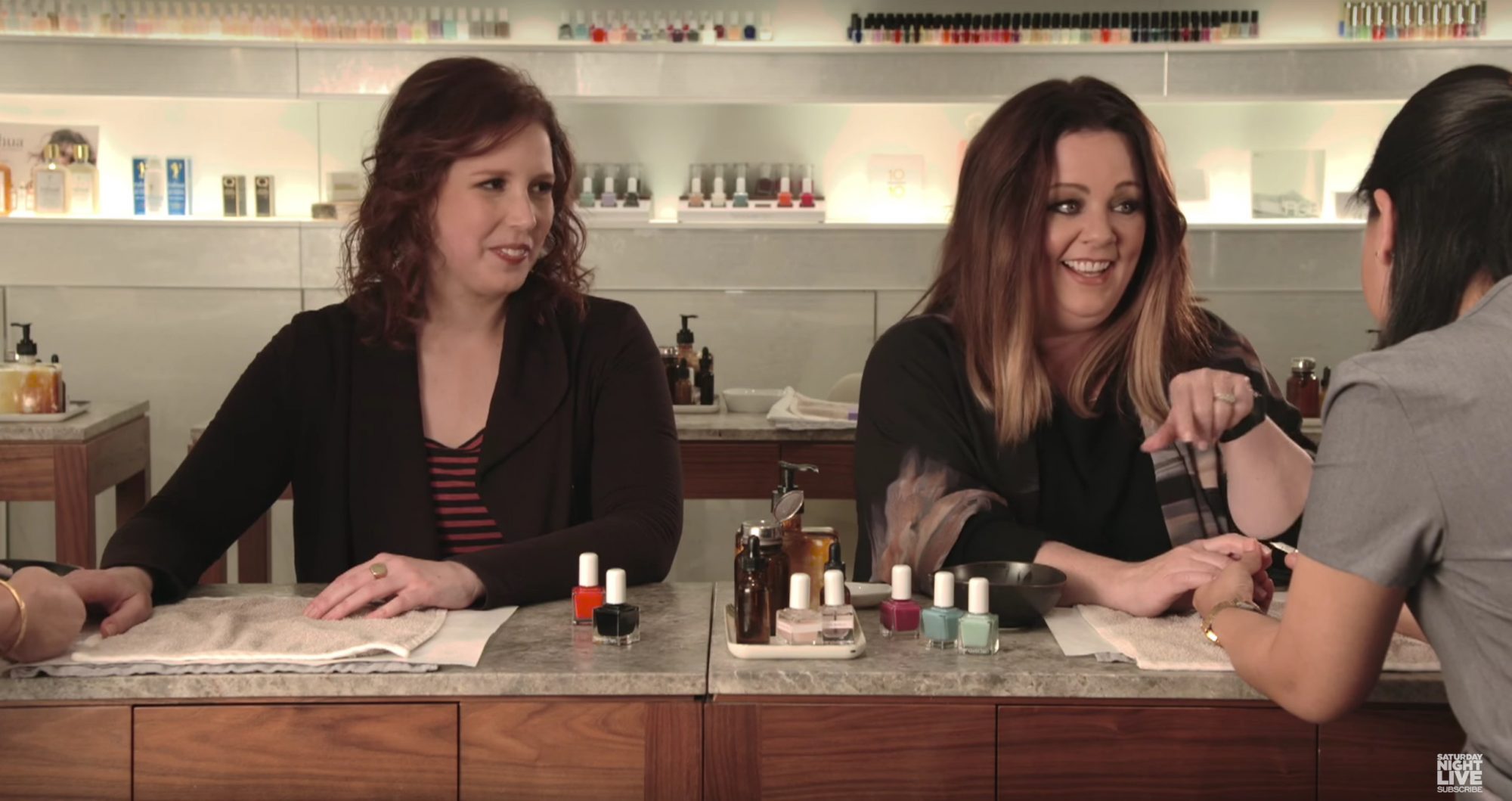 Granted, the manicure she was getting was part of a series of promos to talk up hosting Saturday Night Live this weekend with special musical guest Kanye West. So it wasn’t just your typical trip to the salon. But, she did have us LOLing big time, so it was typical Melissa McCarthy. 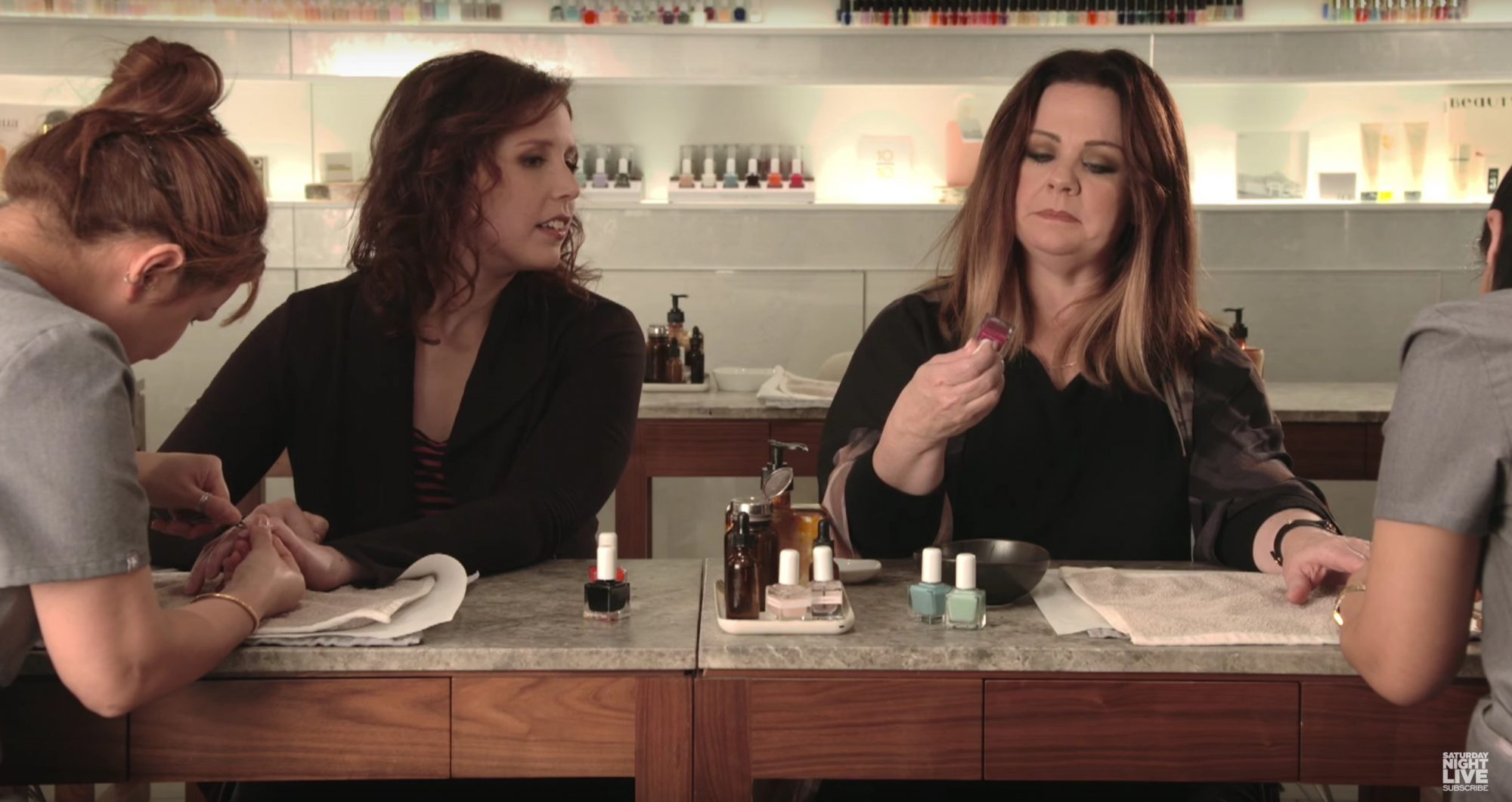 While chatting with SNL star Vanessa Bayer, Melissa made up her own hysterical nail polish name, made some corny yet charming “nailed it” jokes, and even reminded us of that long-since forgotten Kanye West hit song “Butterscotch Man.” When Vanessa, like everyone at home needed her memory jogged of what that particular (obviously totally real) Kanye song sounded like, Melissa began to rap some delicious lyrics on camera. 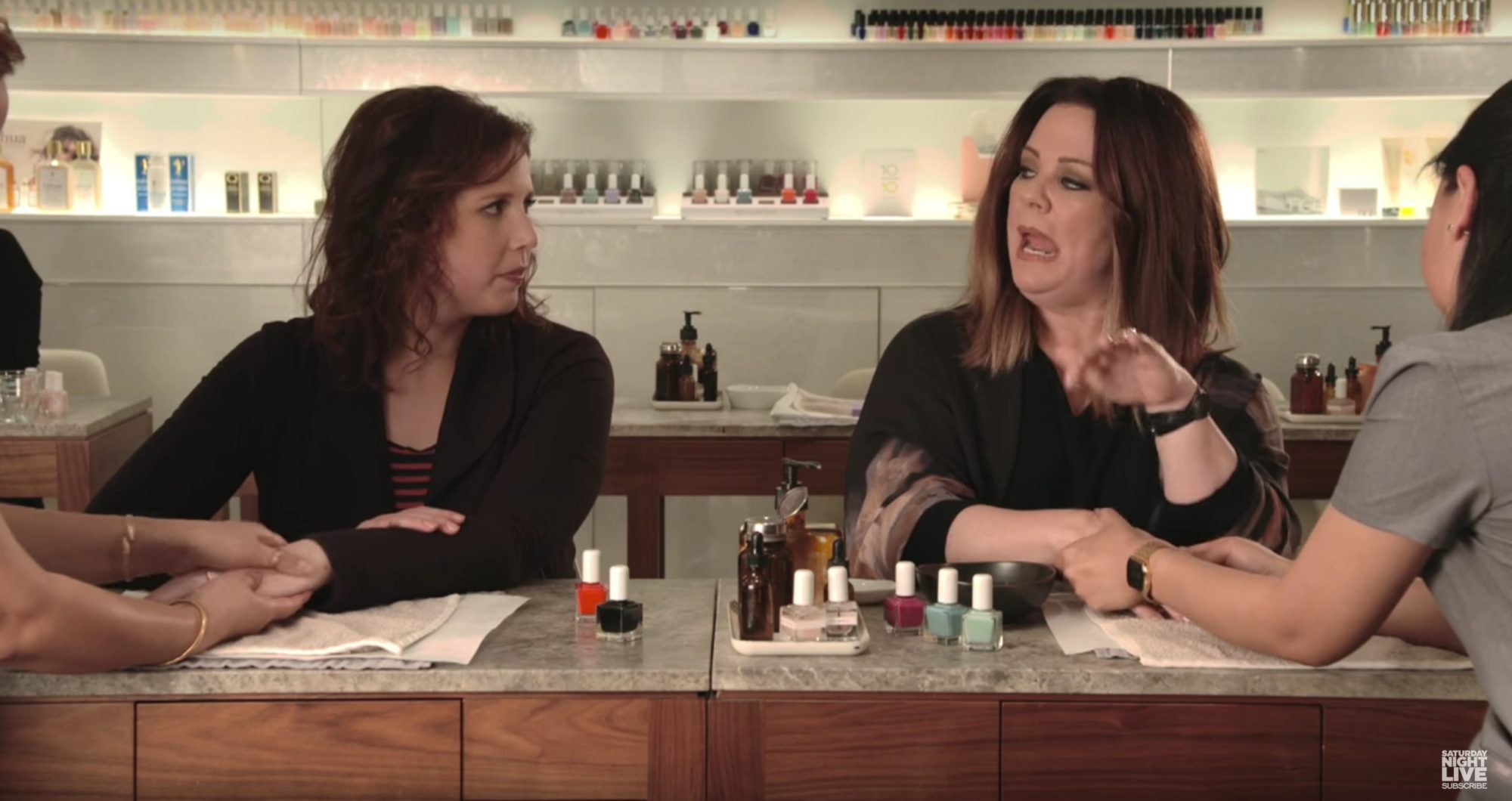 Watch the gut-bustingly funny video for yourself here. And see if you can get Melissa McCarthy to join you on your next manicure, because she sure makes it entertaining.