In case you missed it, Melissa McCarthy on Saturday Night Live as Sean Spicer was actually the best. We truly haven’t laughed this hard in ages! We’ve always adored Melissa McCarthy for her no-nonsense approach to fame, and also by default because she is, after all, in Gilmore Girls. But now she’s showing once and for all that she can play literally anyone, from our beloved Sookie to White House Press Secretary Sean Spicer. And Melissa McCarthy as Sean Spicer is epic AF.

If you missed SNL last night, you seriously have got to see Melissa McCarthy as Sean Spicer. We’re honestly still crying over here.

Why is she so amazing?! Melissa McCarthy just made 2017 so, so much better.

She perfectly captured everything about the White House Press Secretary, from him yelling and being generally super angry to him sidestepping questions from reporters.

Just, LOL. We can’t even deal with this right now. 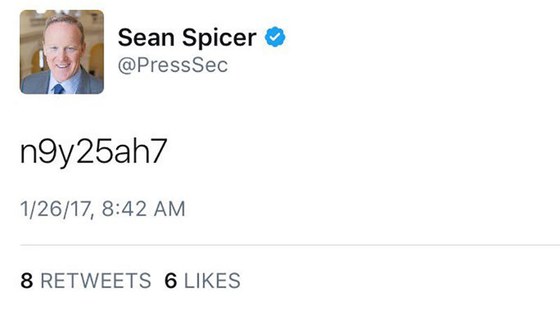 What a time to be alive, you guys.

At his first press conference, Spicer lied about inauguration attendance, making him the perfect person for SNL to call out.

And boy did they ever. Hey, it’s not their fault he gave ’em a lot to work with!

Like, of course. Because Kate McKinnon can do no wrong as far as we’re concerned!