The Spice Girls will always be a massive part of our lives The ultimate queens of our childhoods, the ’90s, and advocates of friendship (it never ends, you know) have inspired a generation of young people with their jazzy pop songs and dedication to Girl Power. 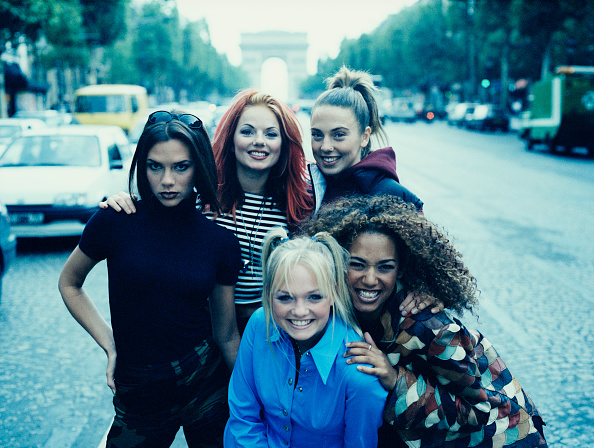 Since the band’s untimely split 16 years ago, Geri, Emma, Mel B, Victoria, and Mel C have since reunited twice, once for a reunion tour in 2007 and again at the 2012 Olympic Games in London.

This year the band celebrated their 20th anniversary, which prompted three of the members, Geri, Emma, and Mel B, to announce plans to reunite as a three-piece, GEM.

With a band as big as the Spice Girls, rumors of a reunion circulate constantly. Despite this, Victoria Beckham has spoken about how, due to her busy schedule as a mom and fashion designer, she wouldn’t be partaking in any future reunions.

Now, Mel C has also spoken about how she is unwilling to reunite with the Spice Girls.

In an essay she wrote for Love magazine, Mel C said that the constant speculation about a reunion was “exhausting.”

“Don’t get me wrong – I totally get it. But is it a new rule that bands have to reform? Why can’t we just be remembered for our incredible achievements in the nineties,” she wrote candidly. “When we embarked on the reunion tour it was amazing, scary and surreal all at the same time. The five of us back together again. Like we’d stepped back in time for a global celebration of the band.”

In the essay, Mel went on to explain that while she had been involved in talks with her former-bandmates, she had made the difficult decision to not partake.

“The hardest part for me was letting people down, the girls, the fans, civilisation?! Unfortunately something didn’t feel quite right and I had to follow my gut,” she wrote.

Of course, we totally get this. While we’re always aching for a Spice reunion, we understand that for the girls it must be complicated and, in Mel C’s case, they may want to work on solo projects.

Instead, Melanie said that she’d like the band to be remembered for their final performance as a five-piece at the Olympics. “For me the absolute pinnacle of my Spice existence was being watched by a billion people around the globe belting out ‘Spice up Your Life’ on top of a black cab at the 2012 London Olympics,” she explained. “Anything less than the full line-up just didn’t feel like we’d be doing justice to the band or the fans.

“There’s a lot to be said for bowing out on a high note.”

In the same essay, the singer opened up about how she was okay with her solo career never reaching the lofty heights of the Spice Girls and explained how fame has changed since she first started out.

“I’m a singer and songwriter. Not a celebrity. The two are very different things. You can earn a fortune being a ‘celebrity’ depending on how much dignity you want to keep in tact,” she said candidly. “I’m a performer and being on a stage – whether it’s front of 20 or 20,000 people – gives me pleasure.

“Wanting to be famous just to be famous without talent?” she continued. “How does that even work? It’s like going for a burger but only eating the bun – you’re missing the best part.”

You can read the full essay here and see the beautiful photoshoot, too.

Mel C releases her latest solo album, Version of Me, in October.