Meghan Markle, is that you? The Duchess of Sussex joined husband Prince Harry for a reception in London on July 5th, where she rocked a stunning dress in a pop of bright yellow. The rare fashion move is a departure from her usual neutral blush and cream tones since her royal nuptials on May 19th at Windsor Castle. And we’re all for it.

Meghan wore a sleeveless yellow dress from U.S. designer Brandon Maxwell for the occasion and paired the knee-length piece with nude Manolo Blahnik heels. (According to Harper’s Bazaar, Maxwell is a former stylist to singer Lady Gaga.)

Markle was all smiles in the vibrant ensemble at the Your Commonwealth Youth Challenge Reception at London’s Marlborough House. At the event, Prince Harry addressed youth delegates and high commissioners, according to the Commonwealth Youth Twitter account. 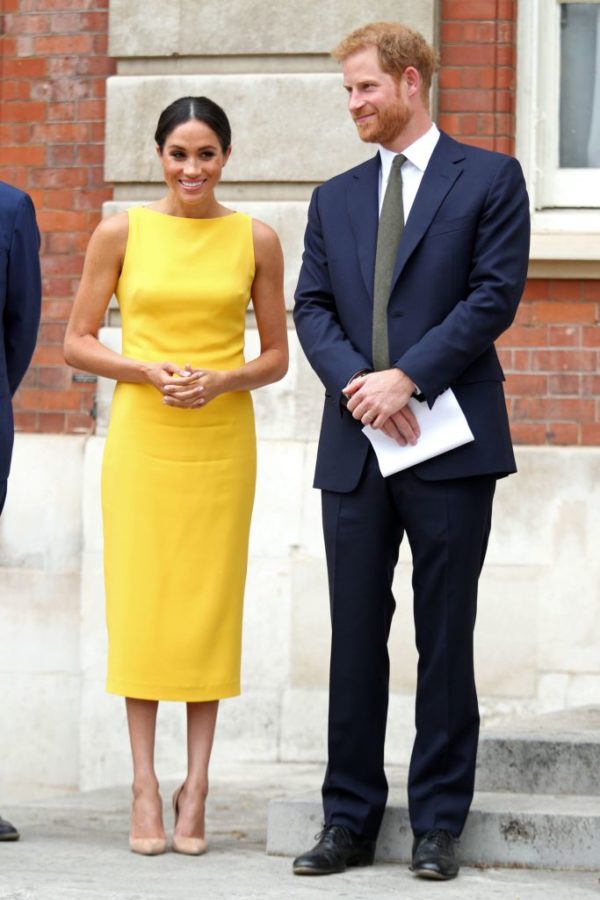 Meghan’s unexpected color choice most likely stems from the fact that Queen Elizabeth was not in attendance. The British monarch often rocks bright colors and those around her often wear neutral tones so as not to compete. In an interview with the Smithsonian Channel documentary The Queen at 90, the queen’s daughter-in-law Sophie, the Countess of Wessex, explained:

"She needs to stand out for people to be able to say 'I saw the queen.' She added, “Don't forget that when she turns up somewhere, the crowds are two, three, four, 10, 15 deep, and someone wants to be able to say they saw a bit of the queen's hat as she went past."

It definitely seems like Queen Elizabeth’s absence gave Meghan some leeway to go for a bolder color selection, and we’re not mad about it. 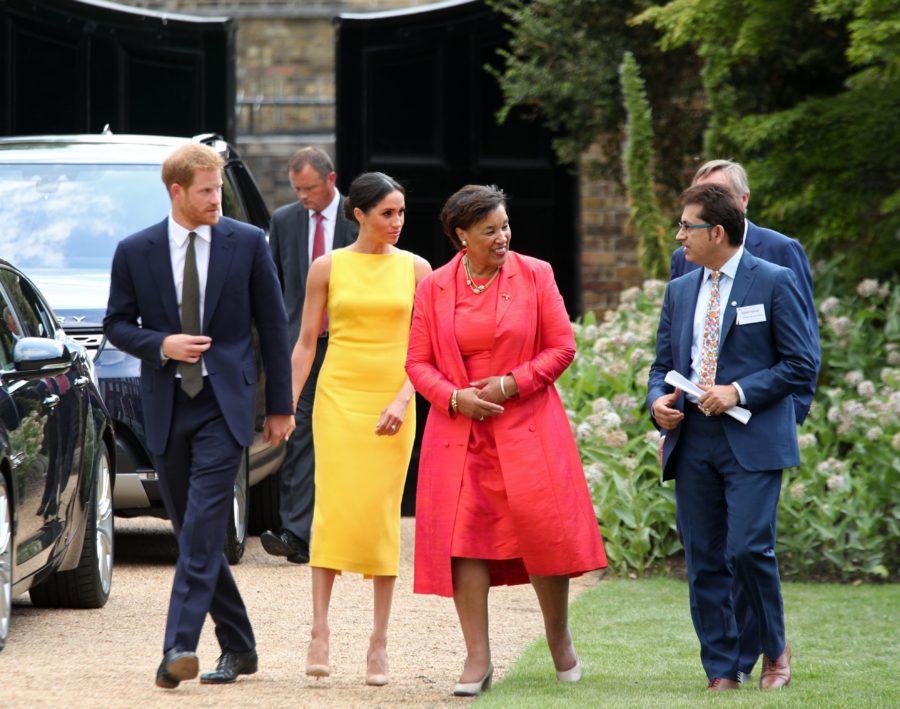 With Markle pushing the boundaries with this yellow Brandon Maxwell dress, we’re excited to see which vibrant color she rocks next — if Queen Elizabeth isn’t present, that is.