Meghan Markle’s life has changed so much since becoming an official member of the royal family. Since she and Prince Harry said “I do” back in May, pantyhose are now mandatory, nail polish can only be neutral, and selfies are a big no-no. Markle has been nailing most of the changes — she’s basically a master of the “Duchess slant” already — but it turns out that the changes go beyond fashion, beauty, and etiquette. Markle recently debuted her brand new signature, and it’s vastly different from her pre-royal one.

The Duke and Duchess of Sussex are currently on day two of their royal visit to Ireland. (It’s kind of a big deal, because it’s their first overseas visit as a married couple.) According to Cosmopolitan, Markle and Harry paid a visit to President of Ireland Michael Higgins as part of their royal visit itinerary. While there, the couple each signed their name in the official guest book to commemorate their visit, and some soon noticed something unusual about the way Markle signed her name. Specifically, that it looks completely different from how the now-duchess has signed her name in the past. 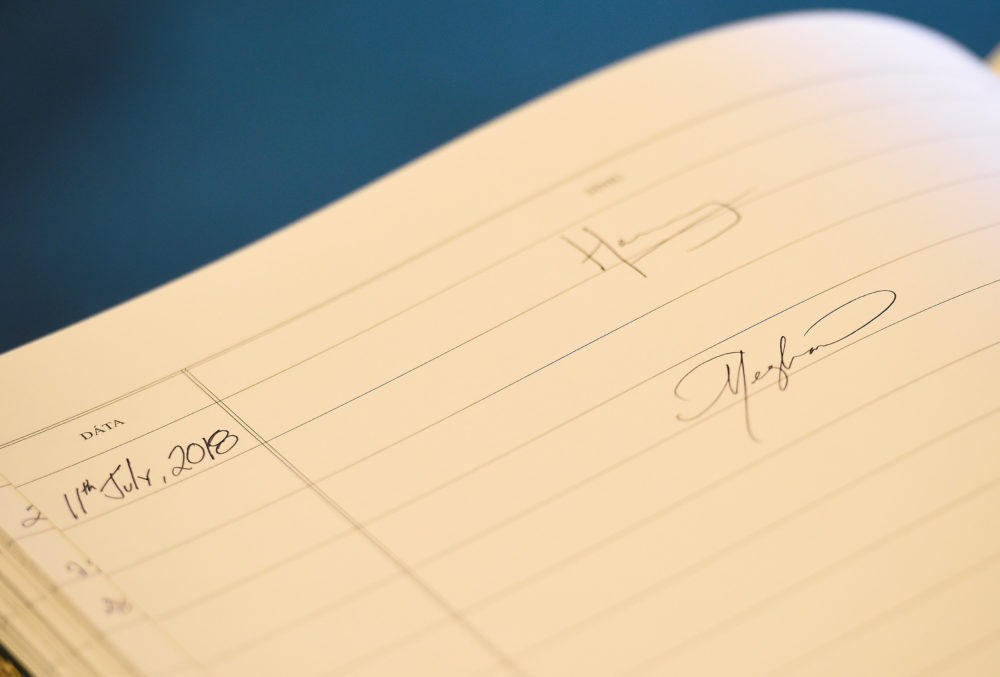 Back in March, pre-wedding, the royal couple signed a guest book during their trip to Northern Ireland. Here’s what Markle’s signature looked like then: 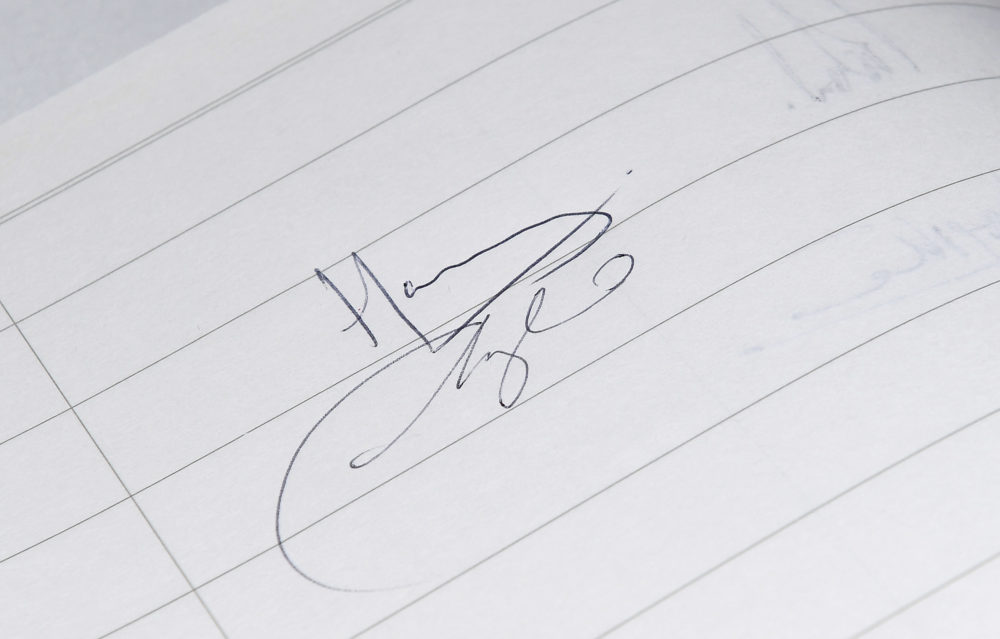 Harper’s Bazaar reports this is the first time the duke and duchess’ handwriting has been seen publicly since they tied the knot earlier this year. Speaking to the mag, graphologist and handwriting expert Tracey Trussell pointed out that the couple’s signatures are already beginning to look “remarkably similar.”

“It’s as if they’re singing from the same hymn sheets or reflecting each other in the same mirror,” she said. “There are matching features that reveal a desire for synchronicity and stability. They are also both instinctively in tune with the soul.”

The expert also said that their signature styles might hint at their “need for each other.”

Be still our hearts. Markle’s new signature might be yet another piece of proof that she and her new husband are totally in sync with one another. This is the sweetest sign of love.