Meghan Markle stepped out in N.Y.C. looking more casual than we’ve seen her in years

Meghan Markle was once the epitome of low-key California girl style. These days, though, the Duchess of Sussex keeps it pretty formal for public appearances, opting for dresses, heels, and statement coats most of the time. However, Markle was spotted leaving for the airport in N.Y.C. on February 20th in a baseball cap, zip-up top, leggings, and sneakers— reminding us that even royals want to be comfy on flights. The appearance marks the end of her solo trip to New York, where she celebrated with friends at her baby shower and reportedly did a little shopping for her upcoming new addition.

Take a peek at this uber casual look. 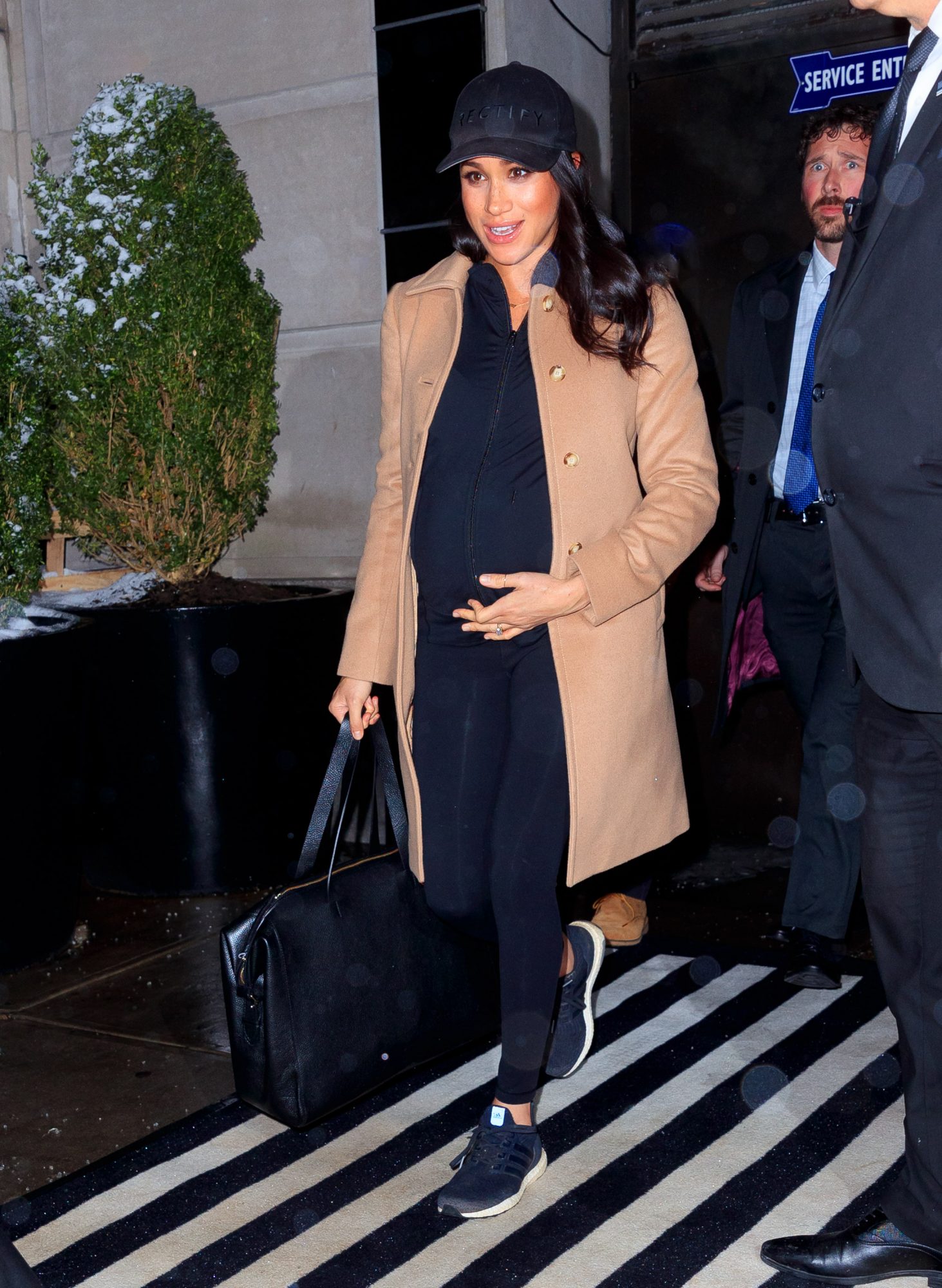 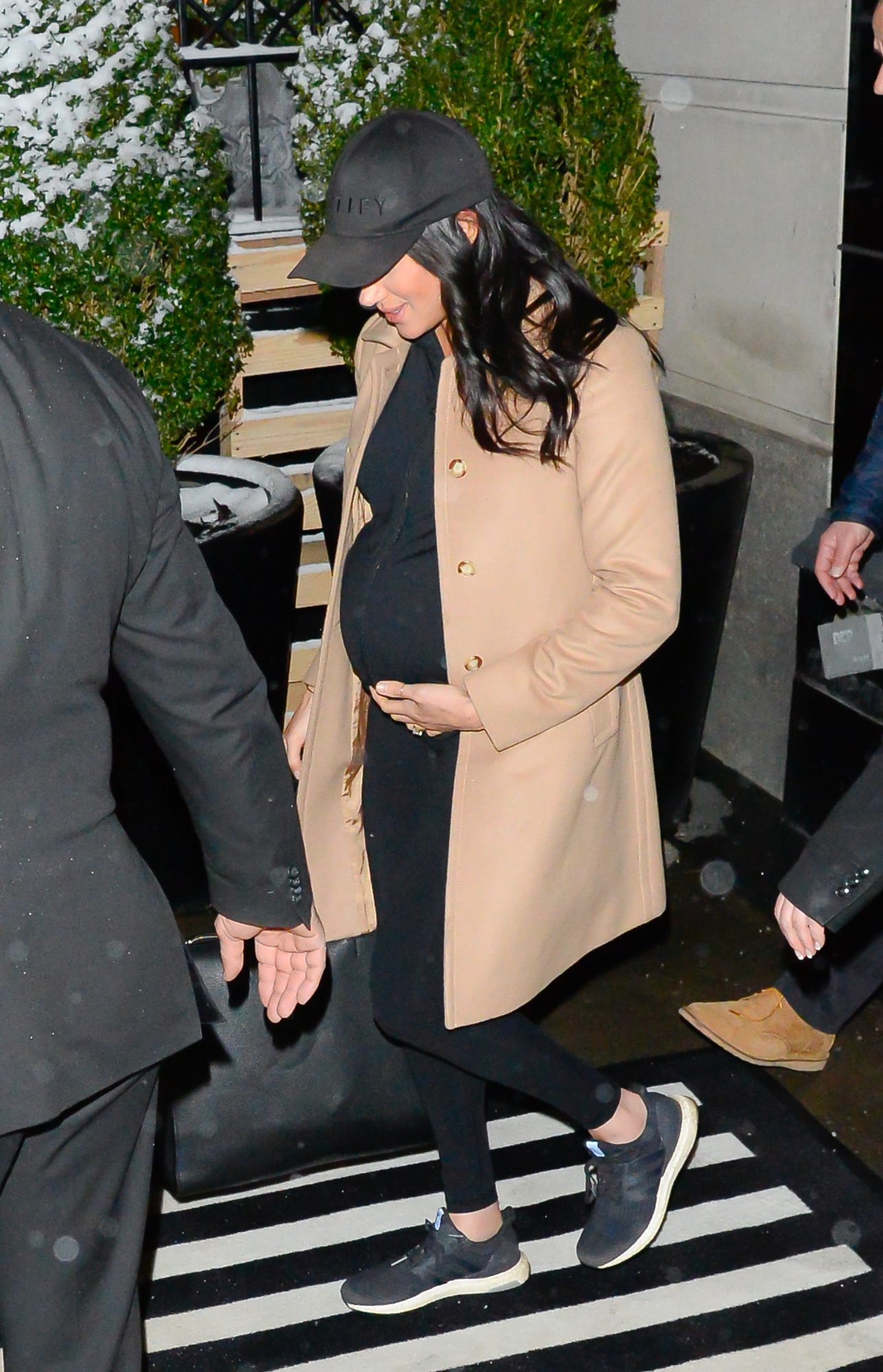 This isn’t the first time the Duchess has donned affordable and casual looks during her pregnancy—last October, she wore a $56 black ASOS maternity dress (which quickly sold out online, obviously). 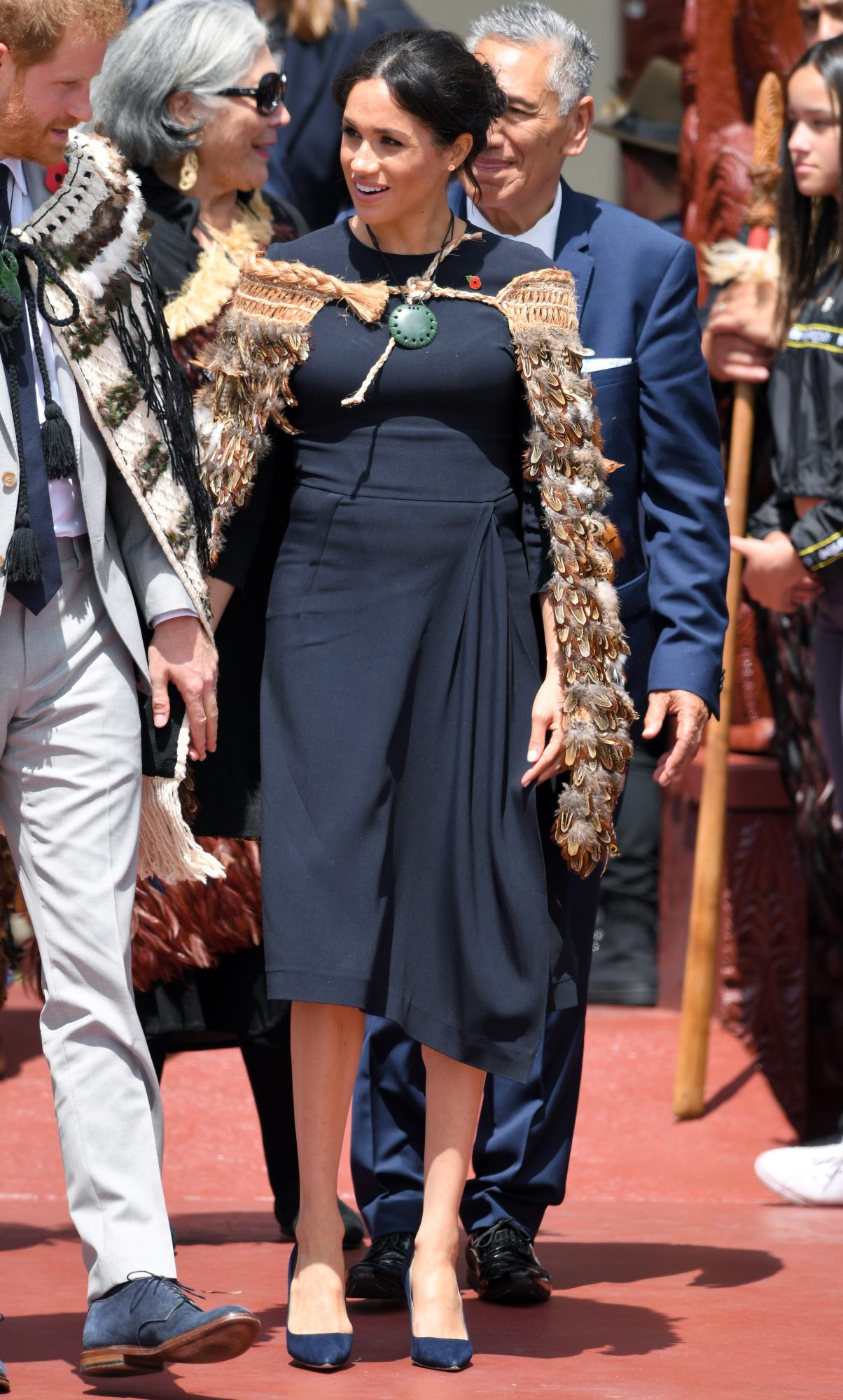 She also wore a $218 Reformation sun dress while on her royal tour of Australia. 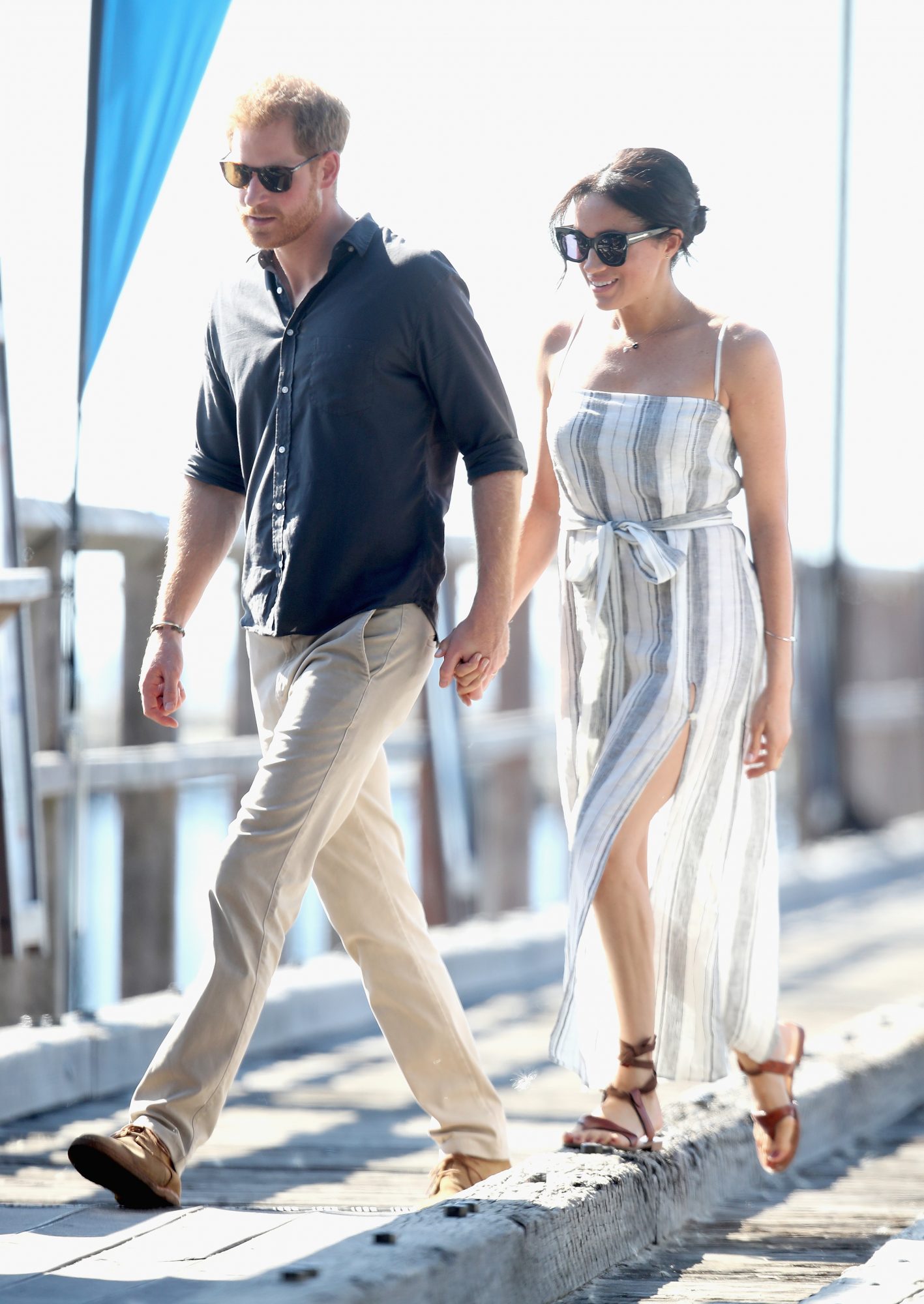 On that same trip, the Duchess wore a burgundy polka dot dress by & Other Stories (which is currently on sale for $65, fyi).

In January 2018, she sported ripped jeans and heels for a meeting in London, and just days earlier, wore a $35 H&M dress to visit a dog shelter, proving that you don’t need to have a royal budget to look like a princess. 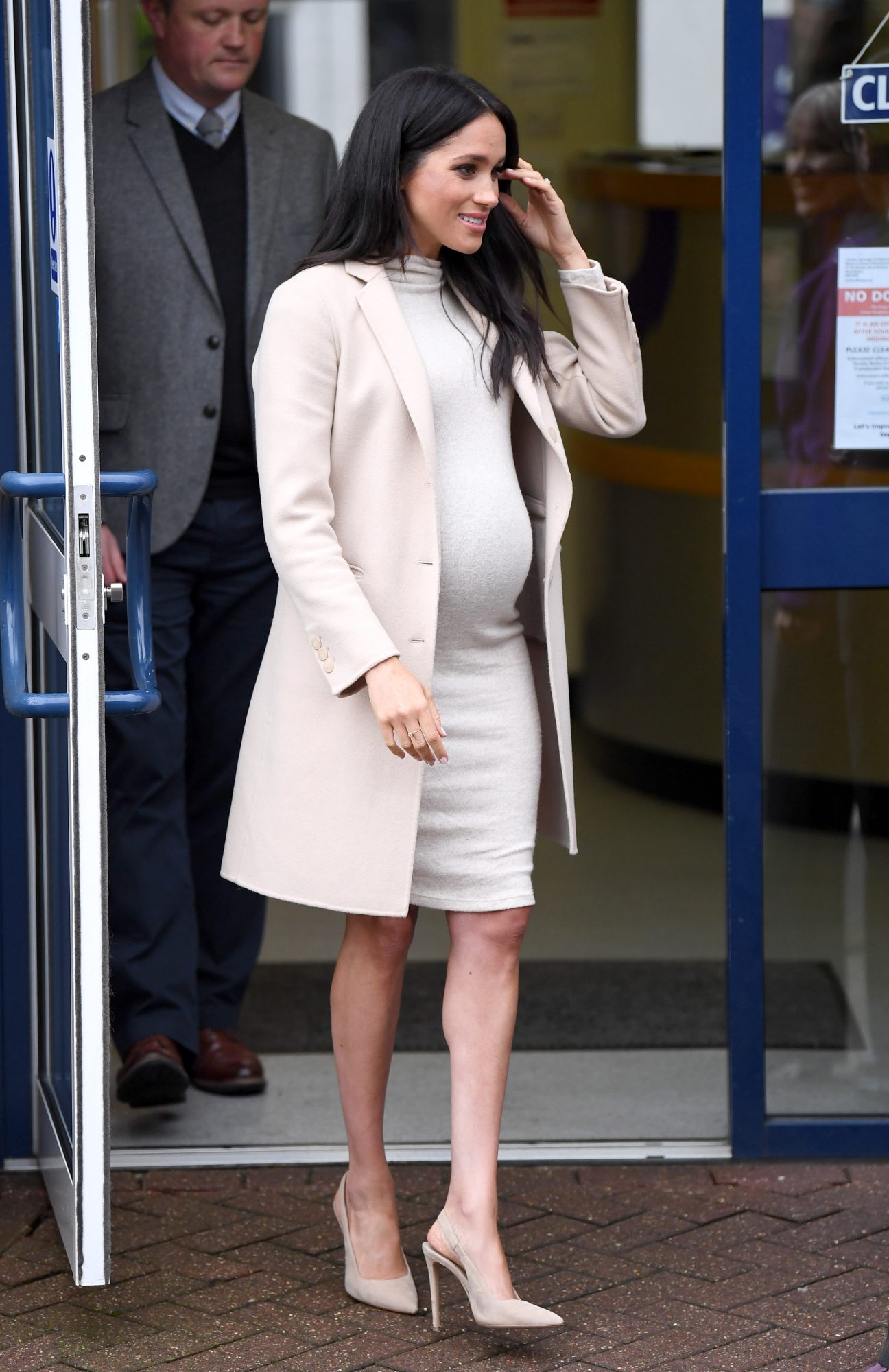 We continue to love all of Markle’s looks—whether she’s head-to-toe in custom couture or keeping it real in Adidas sneakers.