As the newly minted Duchess of Sussex, Meghan Markle inspires copycats with everything she does. Buckingham Palace is selling a $40 replica of her stunning engagement ring, every piece of clothing she wears quickly runs out of stock, and now we can all meditate like a royal, because Bustle uncovered her meditation routine from 2015.

In a post from her now-dormant lifestyle blog, “The Tig,” Markle champions Vedic meditation, a practice she learned from meditation coach Light Watkins.

"Last week marked the one year anniversary of my relationship with meditation," she wrote in 2015, "something I found endlessly daunting at first (the thoughts, the distractions, the boredom of it), but soon became the quietude that rocked my world. I can’t put my finger on the why or the how, but I will tell you this much, for me…I am just happier. And meditation has much to do with that."

According to Watkins, Vedic meditation isn’t about pushing away intrusive thoughts—it’s about acknowledging them as they come.

“As you forget and become aware that you are meditating, it’s best not to resist any thoughts, including ideas, songs, conversations, images, feelings, or sensations,” he told The Tig. “Embrace all mental experiences without concern, remorse, or regret.” 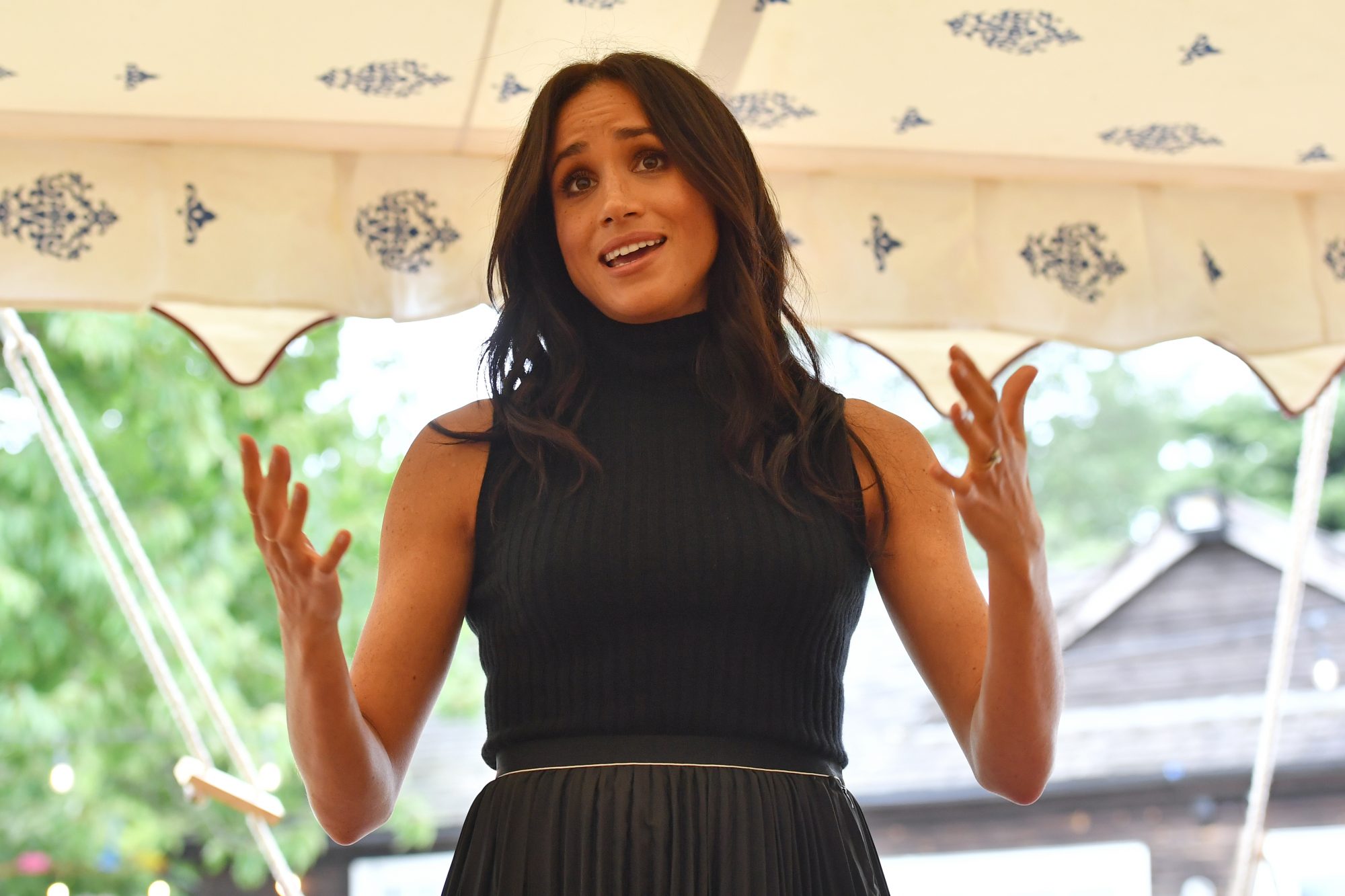 Watkins recommends sitting upright in a comfortable position, setting a time limit for around ten minutes, and spending that time noticing your breathing, allowing thoughts to come in and out.

According to New York Meditation Center, Veda meditation “comes from the Veda, the ancient body of knowledge from India.” The practice involves a mantra and settling your mind so you feel “clear, refreshed, and ready to engage.”

“I urge you to give it a shot,” Markle concludes in her post. “The worst thing that can happen is that you gave yourself ten minutes of quiet in an endlessly loud world. Shhhhh……it feels good.”

We don’t know if Markle still practices meditation, but we do know we’re intrigued by her advice. Because, honestly, who couldn’t use a little quiet time right now?