In news you’ve been desperately waiting for since the royal couple announced their pregnancy this morning, Meghan Markle’s baby bump has been spotted. During an official visit to Australia today, October 15th, Markle donned a fitted white dress that showed off the first signs of her pregnancy—and she looks fabulous (of course).

On day one of her 16-day royal tour with Prince Harry of Australia, Fiji, Tonga, and New Zealand, Markle met with Australia’s governor general, Peter Cosgrove, and his wife, Lynn Cosgrove, wearing a knee-length, sleeveless white sheath dress by Sydney, Australia-based designer Karen Gee that gave us a peek at her bump. 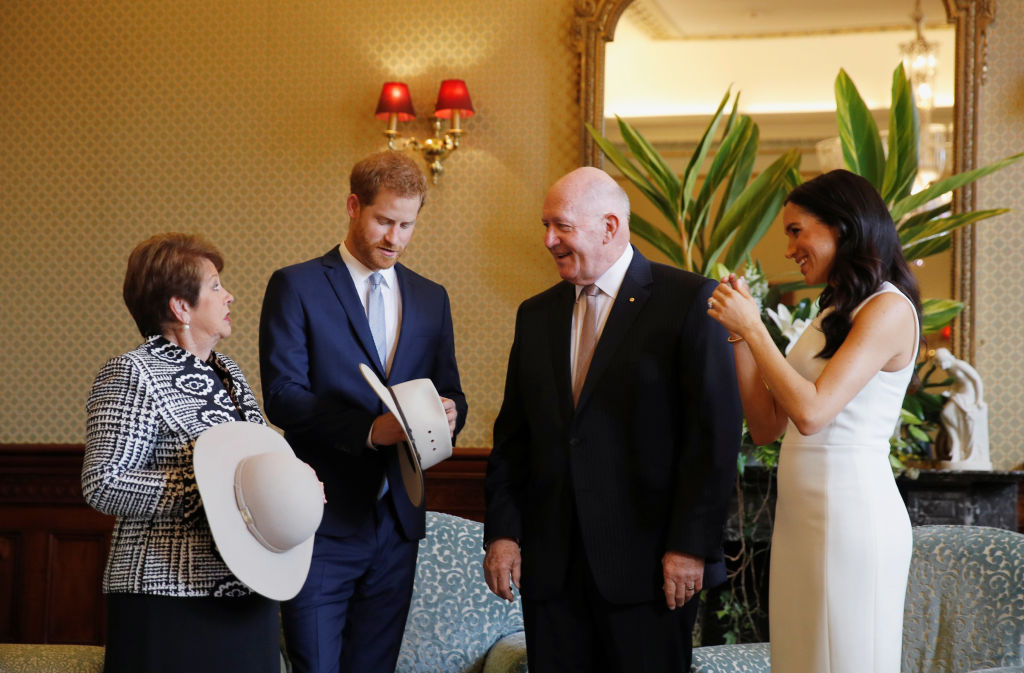 Her dress choice—appropriately named “Blessed” by the designer—proved so popular among royal watchers that Gee’s website reportedly crashed shortly after Markle and Harry landed in Sydney. 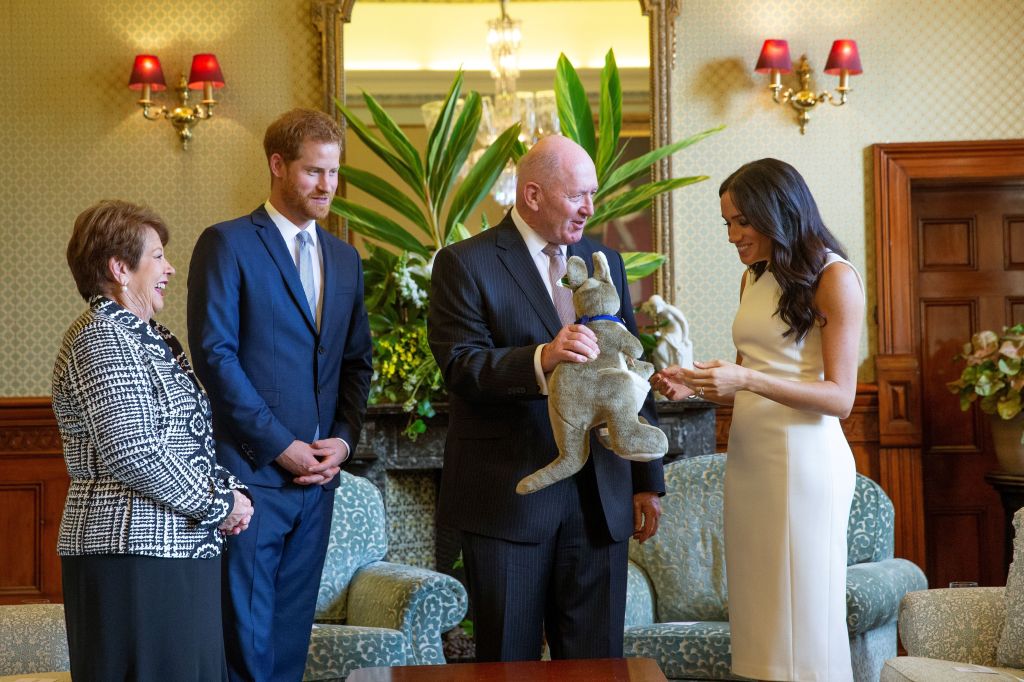 Fans of the royal couple started speculating recently that Markle was pregnant, noting that she’d changed her hairstyle (something Kate Middleton seems to do before announcing each pregnancy) and worn a coat over her dress at Princess Eugenie’s wedding on October 12th, which she kept on for the duration of the ceremony. 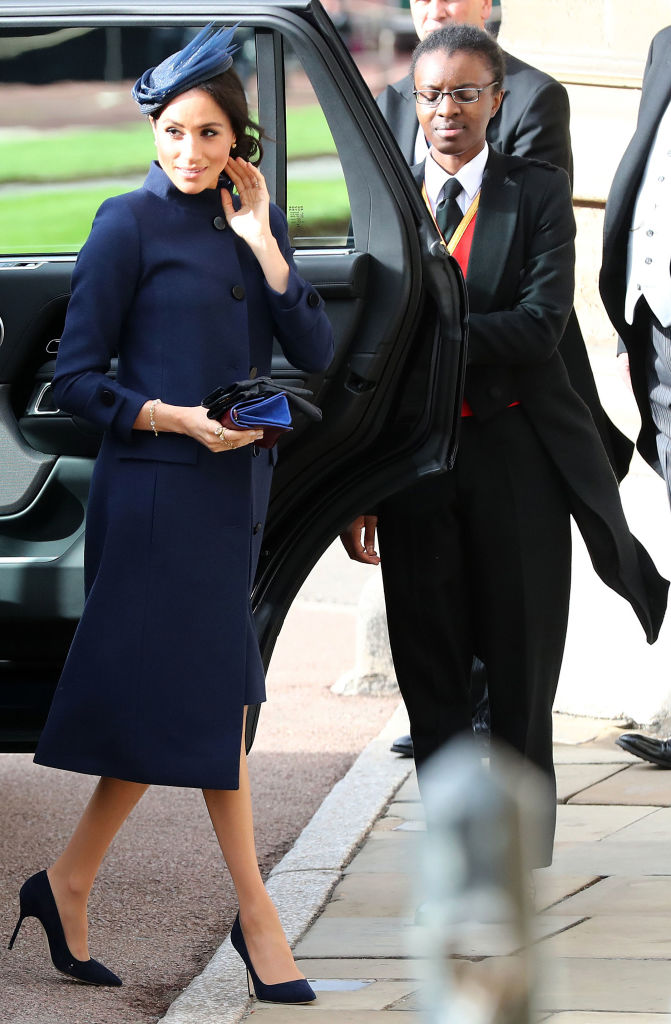 Kensington Palace announced the pregnancy online on Monday, sharing a sweet, smiling photo of the parents-to-be and writing, “Their Royal Highnesses The Duke and Duchess of Sussex are very pleased to announce that The Duchess of Sussex is expecting a baby in the Spring of 2019.”

Markle and Harry’s baby will be seventh in line for the throne (behind Prince William and Kate Middleton’s three kids, Prince Harry, Prince Will, and Prince Charles) and will receive the title Lord or Lady Mountbatten-Windsor, as well as any additional titles the queen deems appropriate.

Cheers to you, Meghan and Harry!