Singer and YouTuber Evynne Hollens claims she’s “just a mom.” But in this delightful Disney Princess medley she created, she basically becomes musical royalty in more than one way.

In the video, she sings a highlight from every Disney Princess song as the Princesses themselves, literally transforming herself to be a visual double for the character with gorgeous custom outfits and perfectly matched hair. And she even superimposes the year of the song, so we can better follow along the timeline. 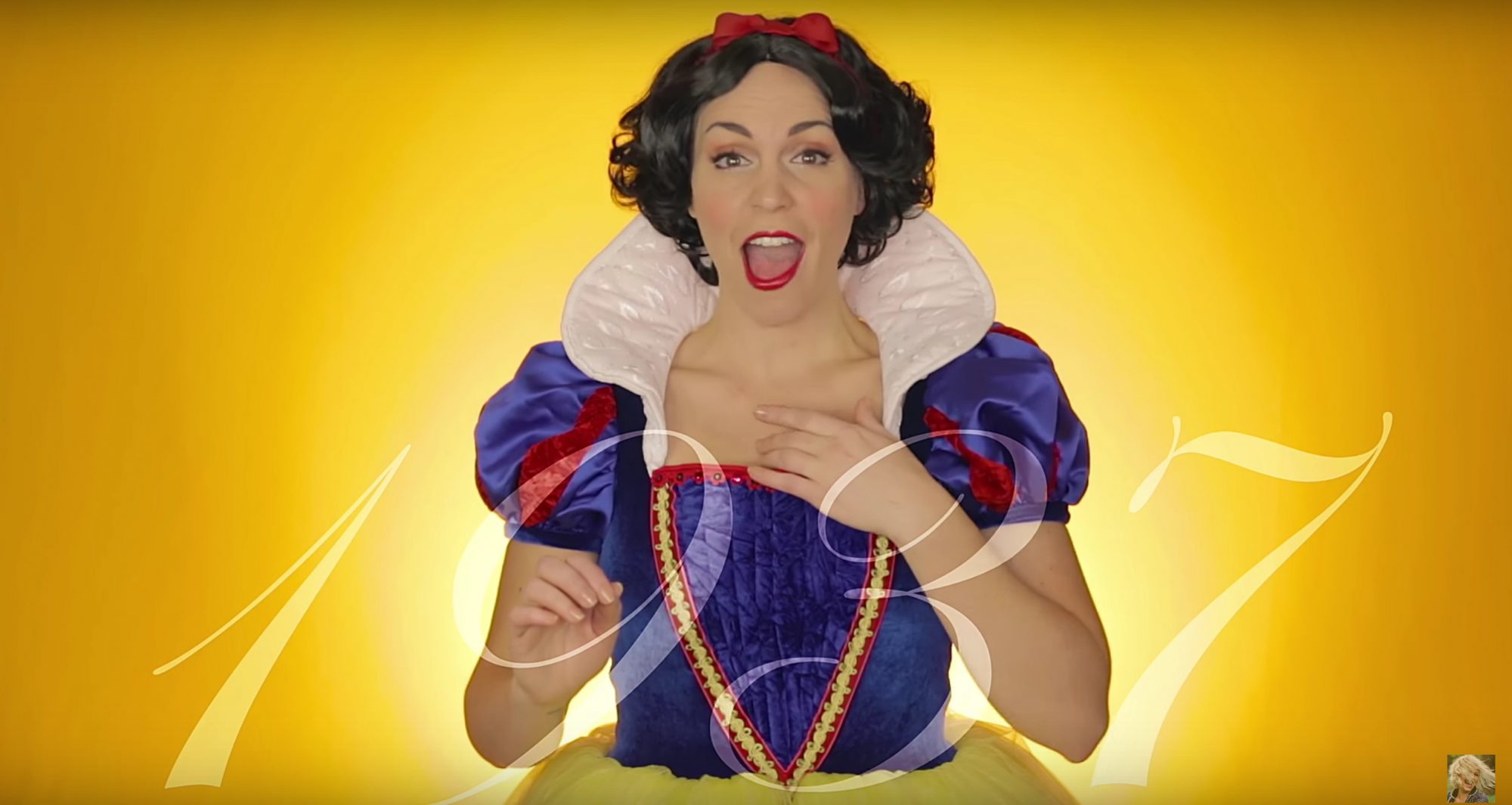 She begins with classic longing Snow White song, “Someday My Prince Will Come” and ends with Elsa from Frozen‘s powerful (and popular) ballad “Let it Go.” And in between, she hits every major Princess song.  In doing so, she shows an incredible evolution in not only Disney music, but also in the Princesses themselves.

You realize while listening (and watching) that the character-defining songs began with Princess who seemed to always be wishing for something outside themselves, usually focused on finding love. And while we love love, there’s something really exciting and empowering about seeing (and hearing) these iconic characters start to show the rest of the world that they’re independent and powerful. 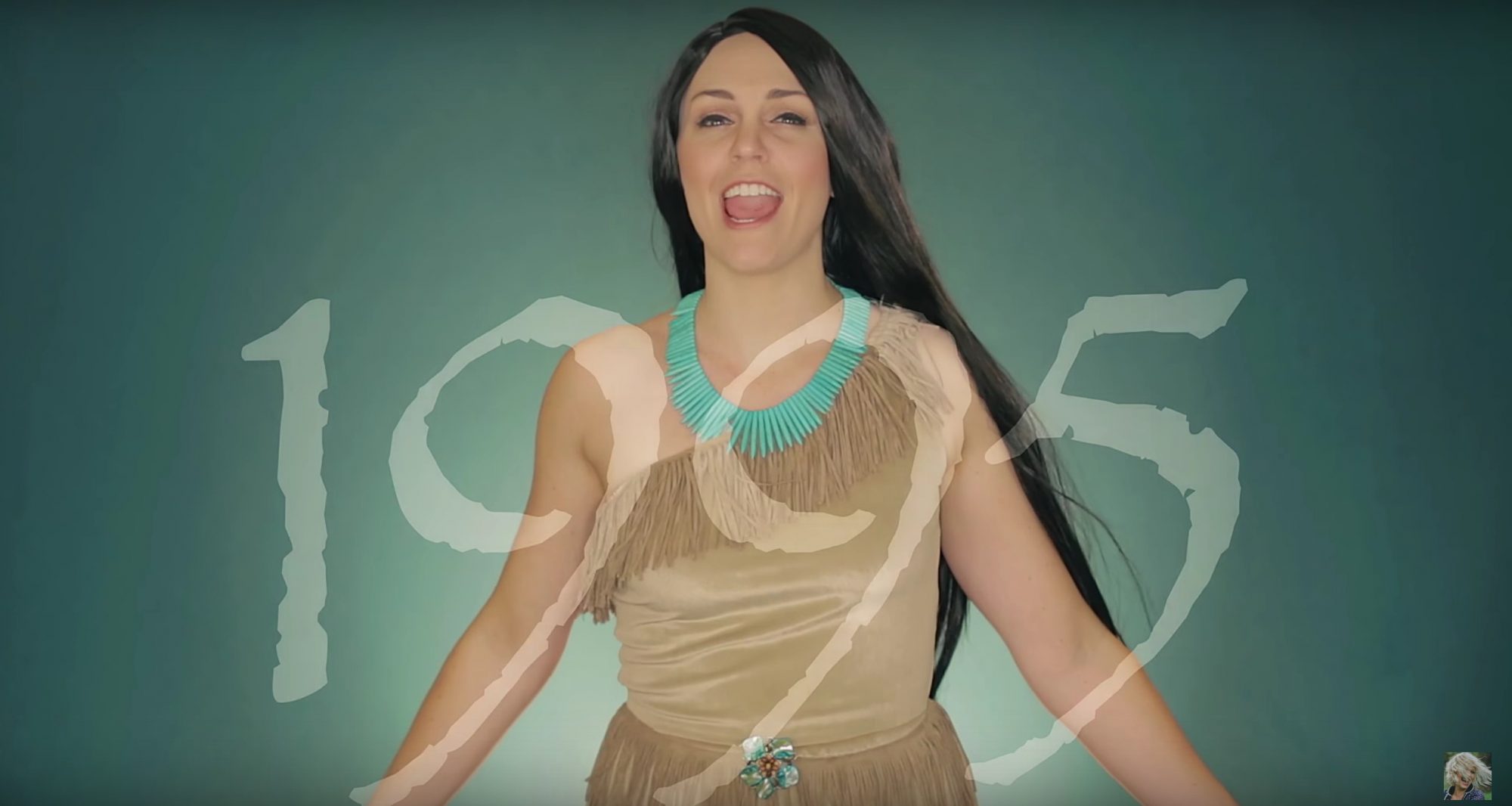 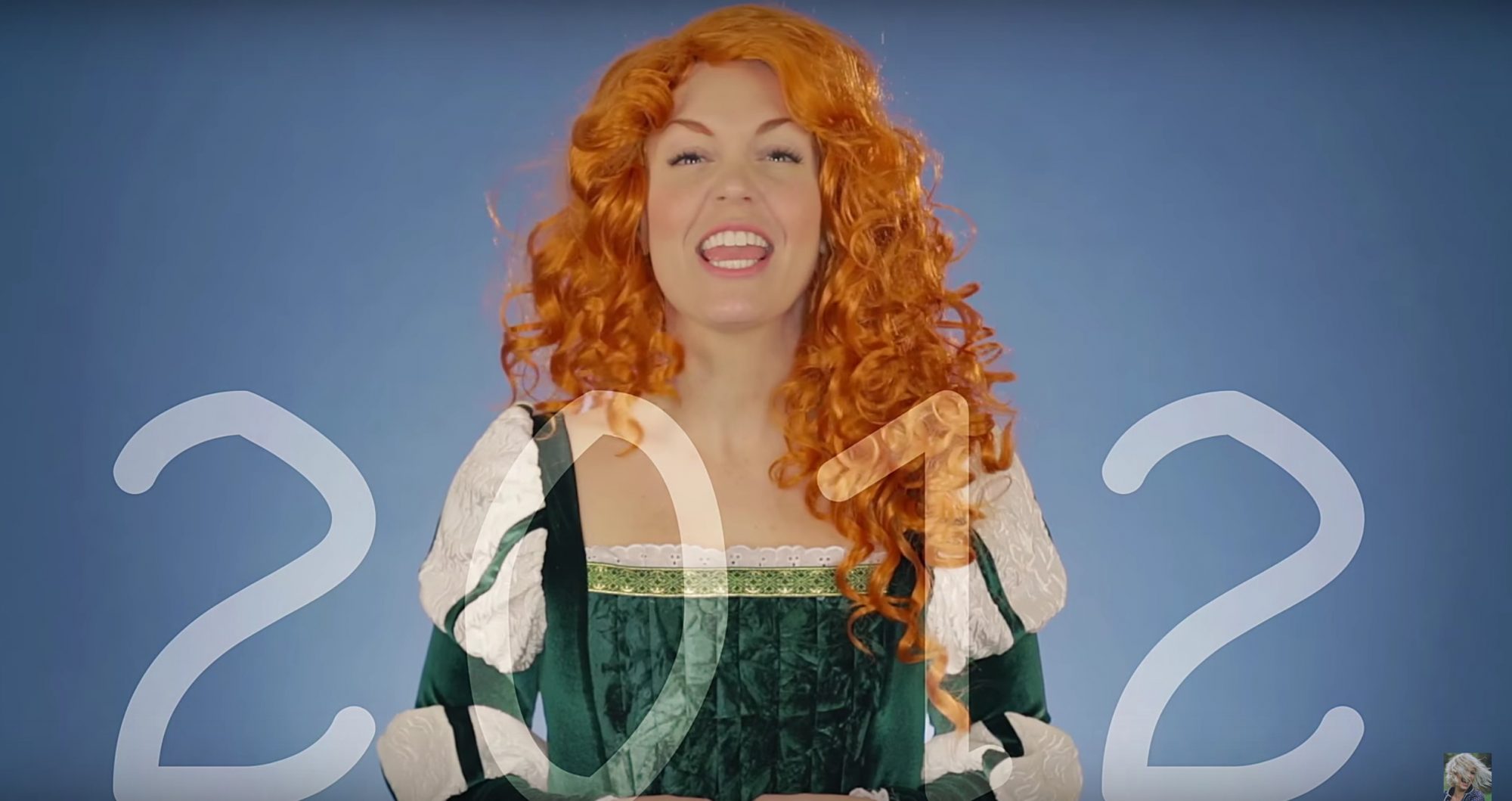 Even the way she structures the video, with each Princess patiently waiting (as Princesses do) for their turn, while politely listening to each other sing is totally delightful. 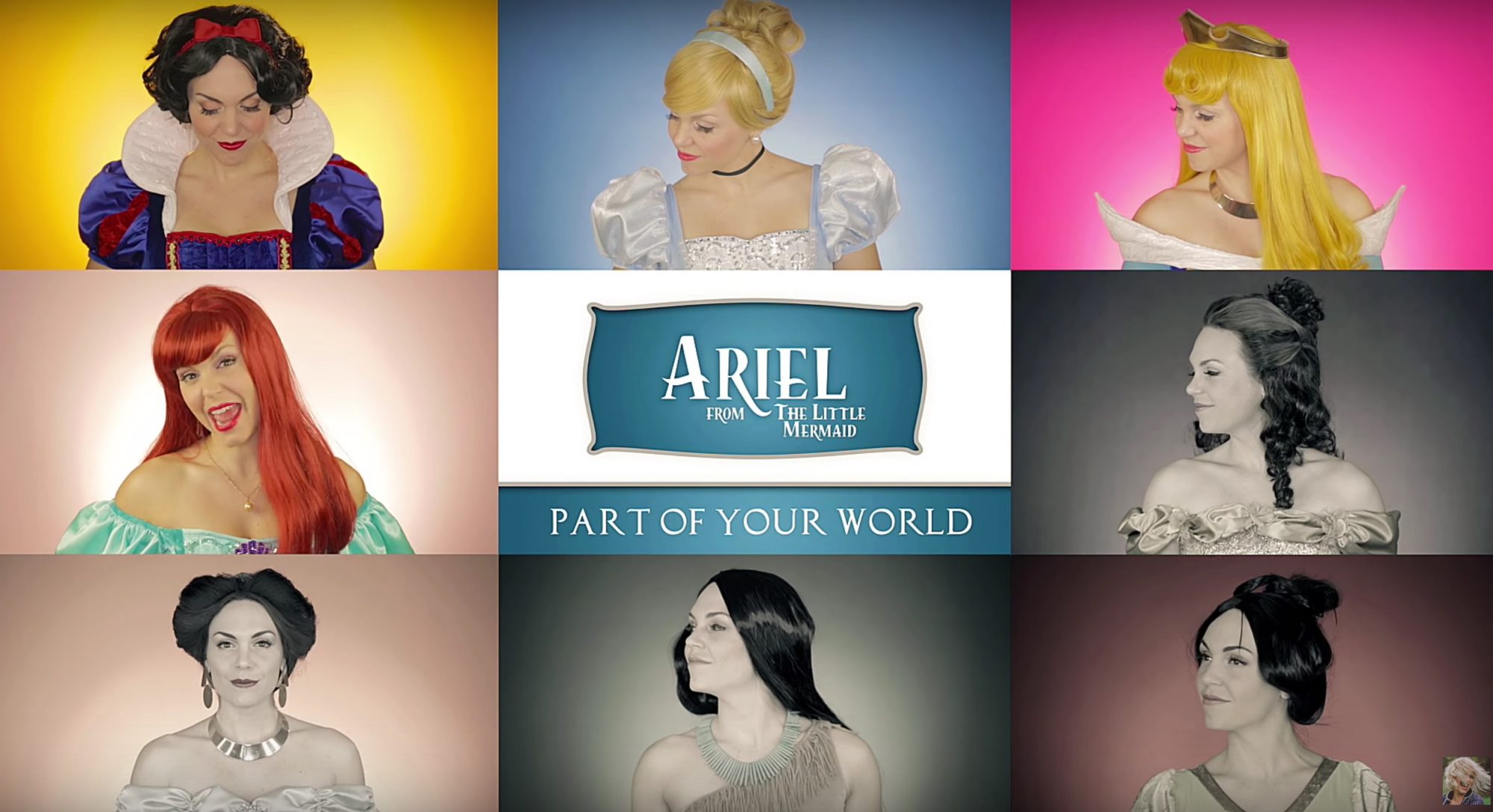 You won’t want to miss seeing and hearing this really fun video from (Princess) Evynne.