Out of all the remakes, and reboots, and revivals that Disney has announced over the past year, the one that seems to have struck the biggest chord is Mary Poppins. The 1964 classic was one of Walt Disney’s most favorite movies, and would go on to receive 13 Academy Award nominations. It won five, including a trophy for Julie Andrew’s absolutely perfect portrayal of our favorite singing and flying nanny. With that being said, the decision to make a sequel to the film, and obviously recast the role, has been met with LOTS of (loving) criticism.

But we can all get behind the fact that Emily Blunt would actually make like, a REALLY GOOD Mary Poppins, right? RIGHT?

When the news of this new Mary Poppins movie first broke—set roughly 20 years after the first movie, and drawing from other Mary Poppins stories from author P.L. Travers—Blunt’s name jumped right to the top of our Poppins Wish List. She can certainly act, she can most certainly sing, and she also looks like she could play a young Andrews. 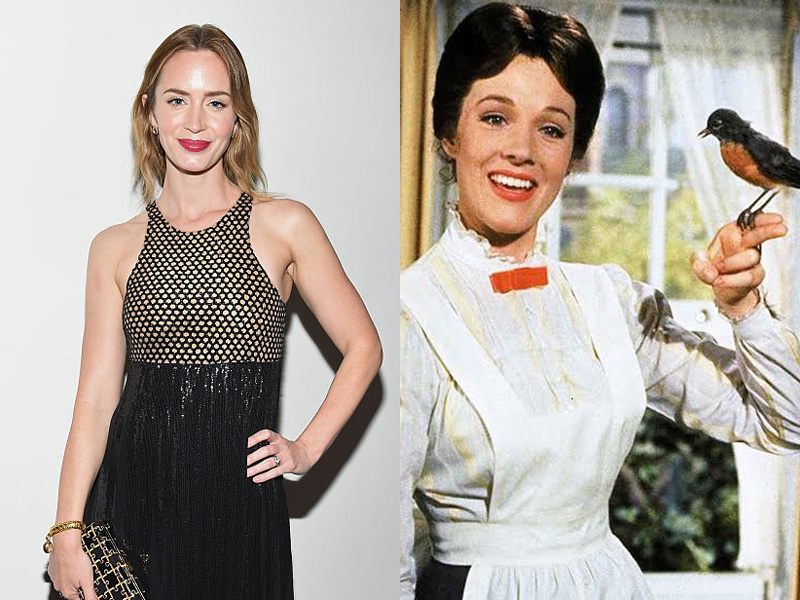 Now, according to Variety who first reported the news, Blunt is the front runner to take over spoonfuls of sugar duty. She’s in very early talks with Disney to take on the role in Rob Marshall’s upcoming movie. Blunt already has a working relationship with Marshall, because he directed her in Into The Woods, where she sang and danced through the woods, and now it might be time to do just that over the rooftops of London.

This is by no means a done deal, and as Variety notes, Blunt did just recently announce she’s expecting her second child with husband John Krasinski. Now all of this comes down to whatever schedule can be worked out between filming and kite flying, or whatever the Poppins Crew is up to nowadays.