Why Marty is the one who got away on “Gilmore Girls”

The country is divided. Three men are currently inciting passionate debates and not one of them is Trump. Everyone has picked a side: Team Jess, Team Logan, and Team Dean. When you’re making your list of sensitive subjects to avoid at Thanksgiving for Thursday, make sure to add “which of Rory’s boyfriends was the best” to your list. This way you’ll avoid pouring gravy over cousin Tess’s head when she makes a case for Dean (Dean is the worst choice, c’mon, Tess)!

However, no debate about Rory Gilmore’s past boyfriends is complete without talking about Marty, because he is the one who got away. Marty, aka “Naked Guy” would have been the best boyfriend for Rory, here’s why: 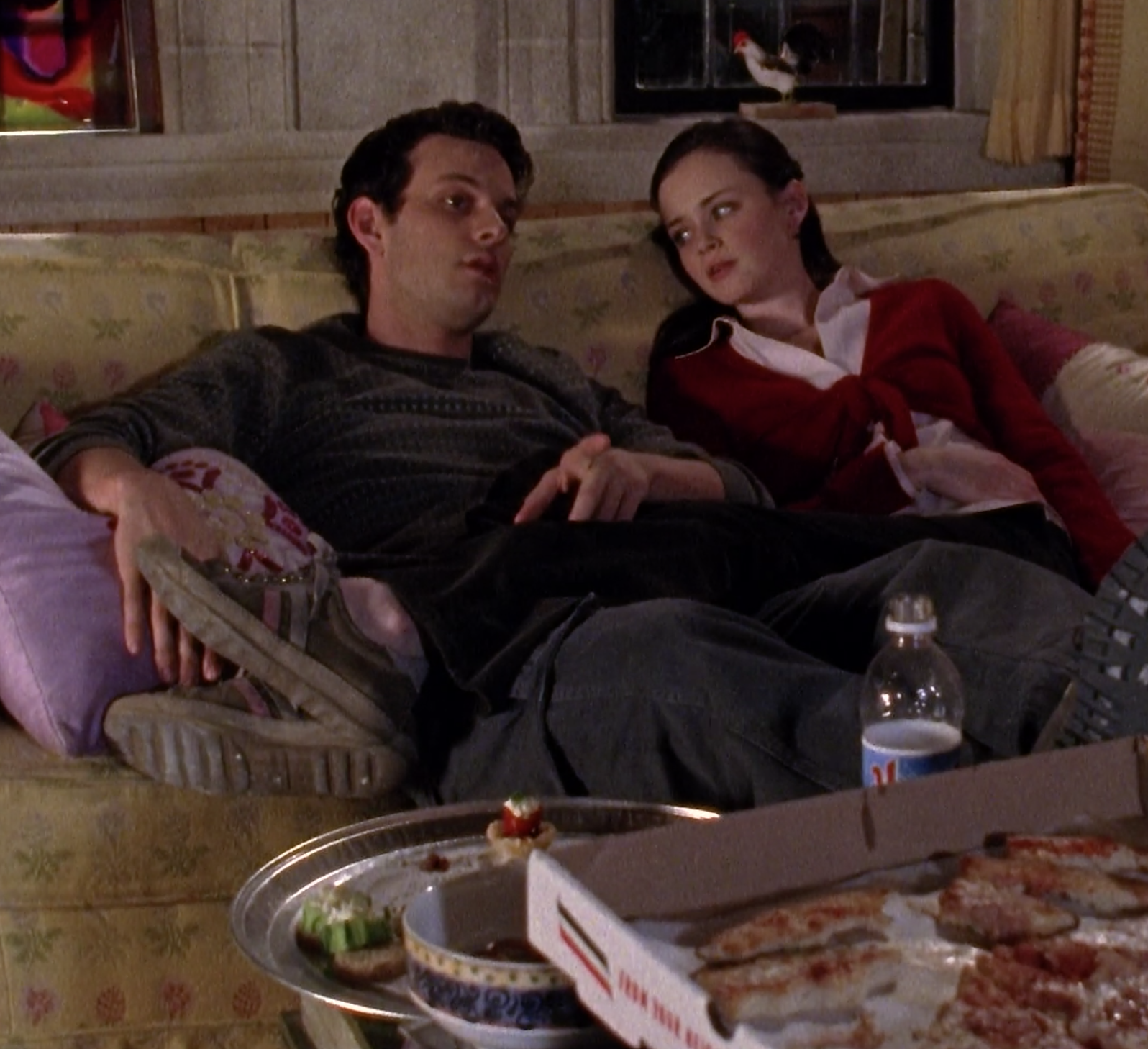 For a while, Marty and Rory did everything together from laughing at Paris to binge-watching Marx brothers movies. He brought over his bartending gigs’ free leftovers and Rory provided the dvd box set. It was a match made in heaven! At one point, Rory even had to tell Marty, “You’ve got to stop watching I Love Lucy” after he was getting too worked up over an unsatisfactory episode. Imagine the banter to be had in a Rory-Marty relationship!

2. He talked openly about his feelings, and asked Rory about her feelings

When you think about it, none of Rory’s boyfriends ever seemed capable of getting deep — Jess literally ran away from his feelings, Logan used money to shield himself from feelings, and Dean… Well, Dean didn’t seem to have feelings at all. In Season 5, when Rory and Marty were getting close, he would often open up conversations about his unconventional upbringing (remember how he casually told Rory that he found out his father was actually his uncle?), his insecurities from being at Yale, and eventually his feelings for Rory! Marty was a sensitive dude, and not in the annoying Jess way but a way that would have made for a great, communicative relationship. Sigh.

3. Timing was Marty’s only flaw

Marty had everything right except for timing, but if that’s your one flaw then you’re obviously a catch! When they first met, Marty was up to typical freshman antics leading him to pass out naked in front of Rory’s door. Later, when they were becoming close friends, Rory was indulging in her weird nostalgic rekindling with Dean. It was only natural for Rory to then want to rebound with the ultimate opposite of small-town, simple Dean, which led her to Logan. If only Marty would have not been so naked and passed out during their freshman year, then maybe he would have had a chance with Rory when she was ready for a good boyfriend after Jess.

One of the most essential requirements for keeping up with the Gilmores (it’s very different from keeping up with the Kardashians) is a large appetite, and Marty had that. He was always walked into the room with tons of food. When Paris was fasting for Ramadan and yelled at him for bringing food into the dorm, he responded with, “What religion is anti-leftover?” This sense of humor was also something that made Marty such an asset to Rory’s life and was something she ultimately lost out on when she let MARTY SLIP AWAY.

In the end, Marty ended up dating Jessica Jones — not actually, but Krysten Ritter appeared in Gilmore Girls as Marty’s girlfriend towards the end of the show, and I’d like to think that he does end up with a superhero, if he can’t be with Rory.

Marty or no Marty — as long as Rory doesn’t end up with Dean, Gilmore Girls: a Year in the Life is bound to be downright magical.