If we could go back and time, and bring space best friends Luke Skywalker and Han Solo together again, we would. But unfortunately, that can’t happen. Ben Solo had to go ahead and kill his father at the very end of The Force Awakens, meaning that Luke and Han will never have another adventure together, and Mark Hamill deeply regrets that.

Talking at Star Wars Celebration over the weekend, Mark Hamill was asked if he was bummed he never got to work with Harrison Ford during this new Star Wars trilogy, to which he replied, “Absolutely.”

Hamill then went on to explain how he expected the story of Force Awakens play out — and his idea is pretty good (No offense, director/writer/the-man-in-charge-of-Star-Wars‘-rebirth, J. J. Abrams).

“When I was reading it, I thought if Leia is trying to mentally contact me and she is unsuccessful, she’ll rush to his [Han’s] aid and get into some dire situation, and that’s when I show up,” Hamill explained to Fandango. “I save her life, and then we rush to Han, and then we are in the same position that Rey and Finn and Chewie are — too late to save him, but witnesses.” 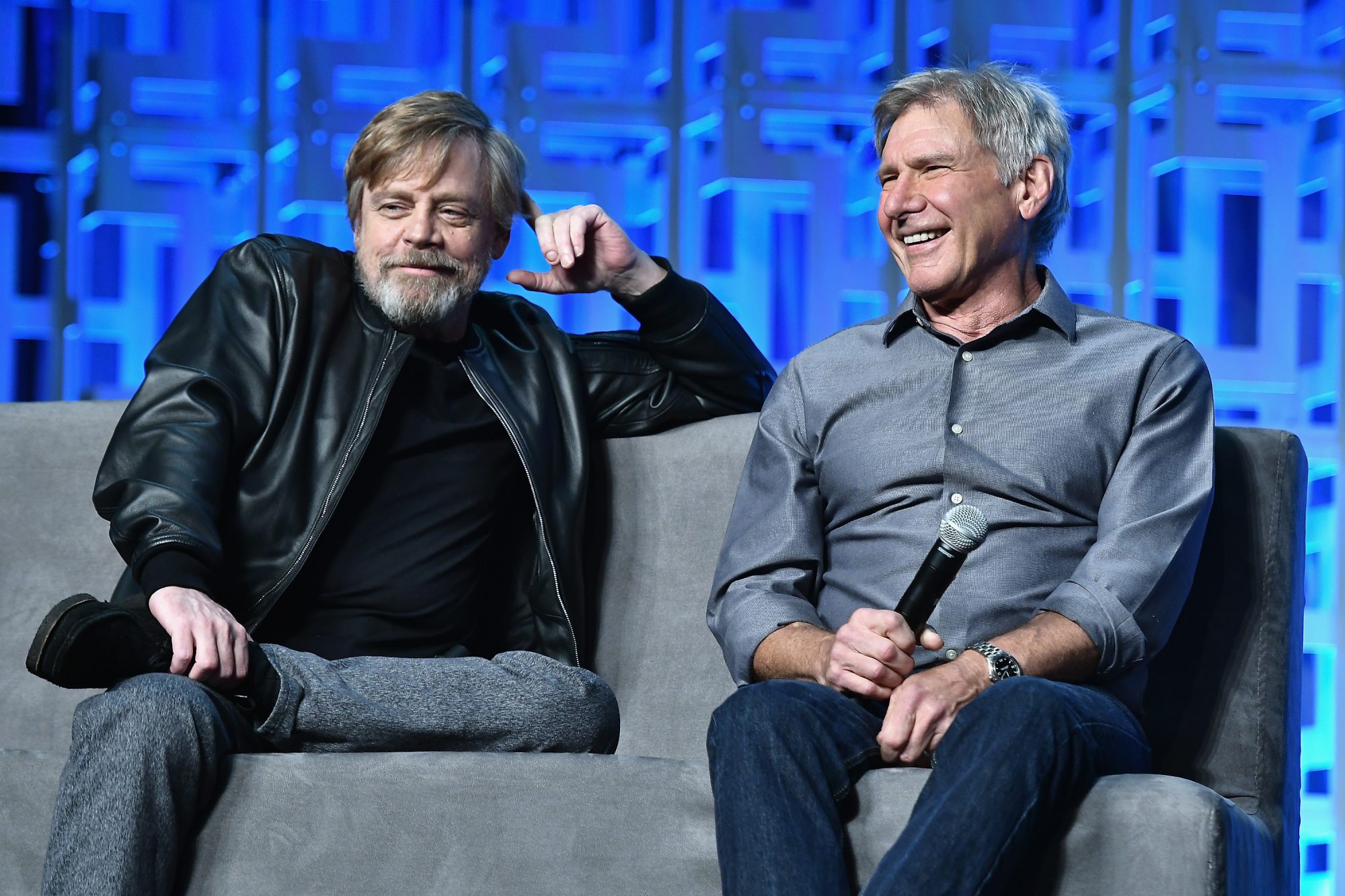 "It would carry so much emotional resonance, into the next film for us, his wife, his best friend," Hamill continued. "Instead of two characters that he's known, what, 20 minutes [witness his death]? I thought that was a great missed opportunity."

First up, Han has known Finn and Rey a little bit longer than 20 minutes (and he’s known Chewie practically all his life, come on). But it’s not their fault YOU decided to go AWOL, Mr. Skywalker.

Mark wraps up by explaining that he’s always got “terrible ideas” to pitch for these movies, but honestly, this is one moment we wish could have actually made it into the film. At least Luke and Han will always have that one time Han cut open a tauntaun and stuffed Luke inside. Ah, memories.