Earlier today the Emmy nominations were announced, and we’re so excited for all our television favorites who snagged much-deserved recognition for their amazing work this past year on our best friend, Television. The nominations fell into three perfect categories: Surprises, snubs, and OMG REALLY??!!????

Our girl Maisie Williams falls into the last category. A Girl now has an Emmy nom.

In one of the biggest surprises for the 2016 Emmys, Williams landed a nomination for Best Supporting Actress in a Television Drama. It is incredibly warranted, because did you even SEE Game of Thrones this past season? Williams killed it (and also Waif…too soon?).

Williams was not expecting it in the least bit, and has spent the better part of this morning FREAKING OUT. We’re freaking out about it, too.

As Williams shares on Twitter, she was just FaceTiming with her mom when suddenly all hell broke loose. LOL at her “help me” comment. false

Even after it was confirmed that yes, she’s headed to the Emmys, and congratulations poured in, she still continued to freak out. LOL forever at the fact that she’s just Tweeting AT the Game of Thrones twitter about this — because we Tweet at them when we freak out, too. false false

Her competition is stiff, with both Emilia Clarke and Lena Headey nominated in the same category. At this point in Game of Throne’s six season run, they’re both pros at Emmy noms — this is both their third nomination for the show. false

Who’s going to bring home the gold trophy??? In our eyes, EVERYONE IS A WINNER AND WE ARE SO HAPPY. Game of Thrones should win EVERYTHING. ALWAYS. 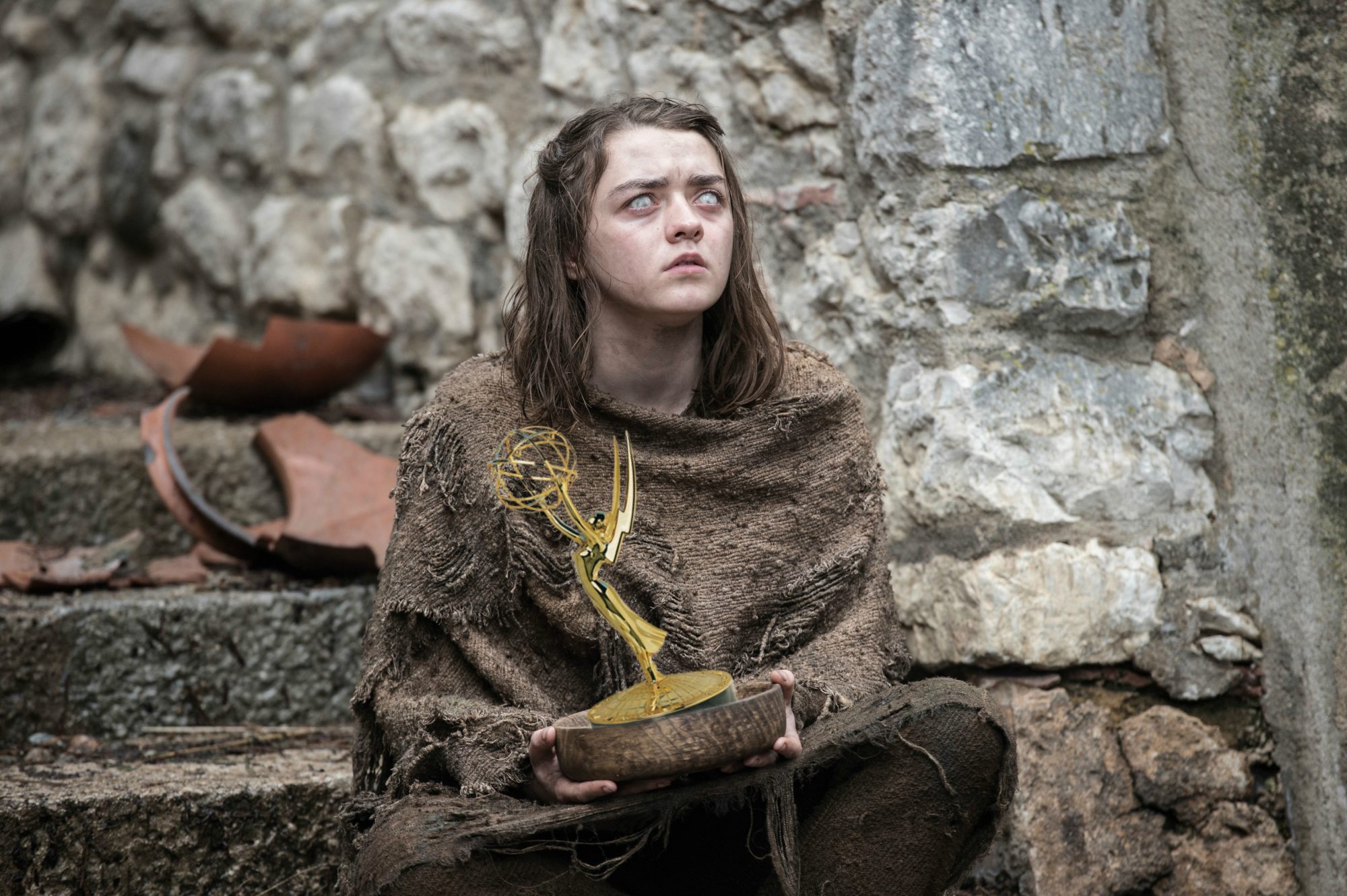