Magnetic lashes are all the rage, but are they safe for your eyes?

Magnetic lashes: You’ve read about them, you’ve heard about them, and, chances are, you’ve seen them fluttering all over your Instagram feed without even knowing it. That’s the thing about these newfangled falsies: They look incredibly lifelike and are being touted as the be-all, end-all of natural-looking false lash looks.

But are they all they’re cracked up to be? And, more importantly, is it safe to wear magnets so close to your eyes? To find out, we chatted with a couple of doctors, as well as one of the world’s leading magnetic lash founders. Find out what they have to say below.

Is it safe to have magnets near your eyes?

TL;DR: Yes, but since you’re as invested in your beauty routine as we are, we’re here to explain why.

According to Beverly Hills-based aesthetic orbital & oculoplastic surgeon Raymond Douglas, M.D., Ph.D., magnetic lashes are safe to wear for a series of reasons. First, he says that since the amount of electromagnetic frequency potentially emitted from magnets on false eyelashes is extremely low, the risks associated with them are as well. Second—and most reassuringly—he points out that the FDA actually has a category (Eye Cosmetic Safety) to regulate these items, so as long as you’re purchasing your magnetic lashes from an approved U.S. vendor, you should be in the clear. 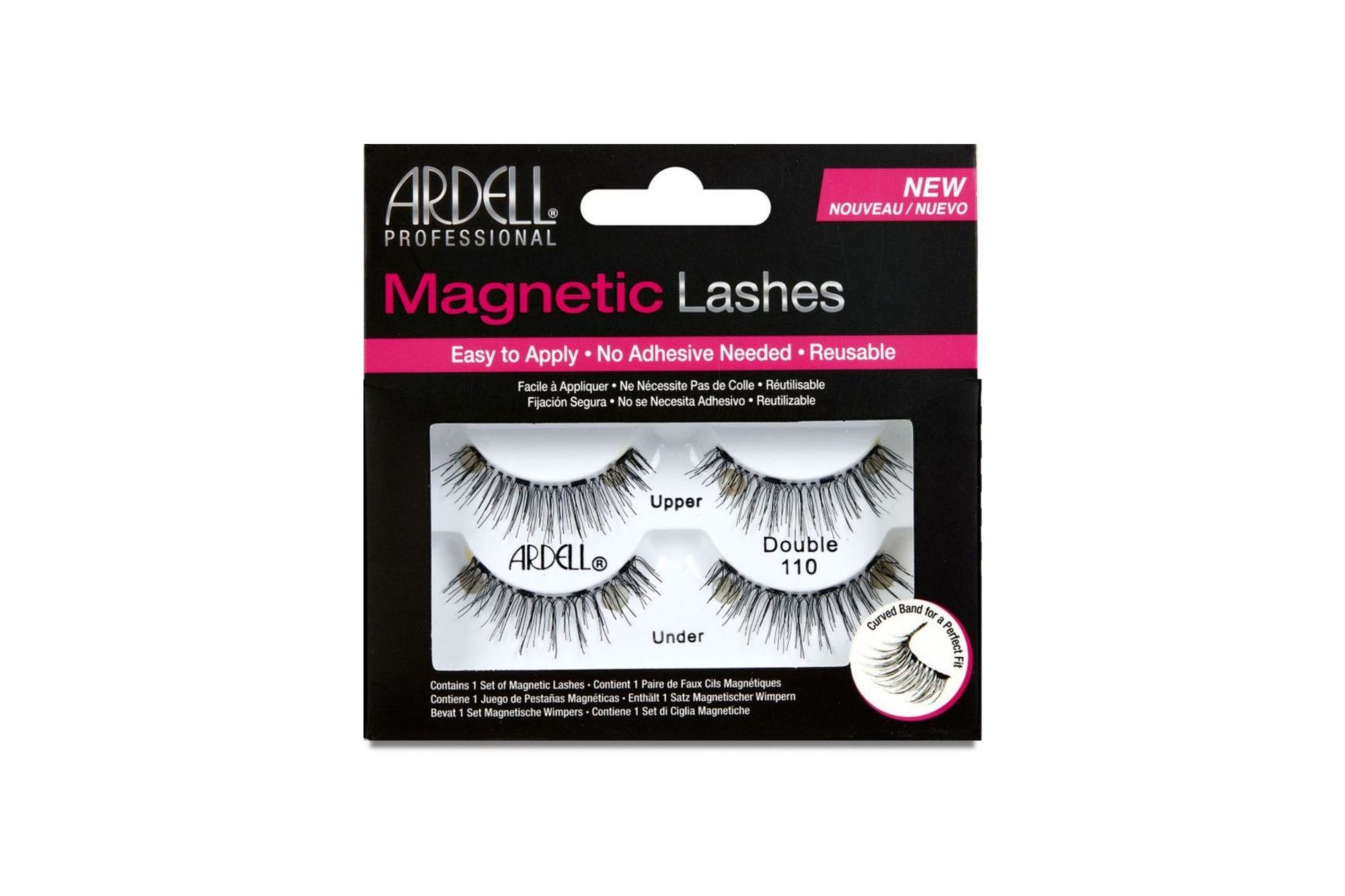 “False eyelashes, lash extensions, and the adhesives used for application must all adhere to a specific and strict guideline of ingredient and labeling testing and disclosure before they are even legally allowed to sell the product,” he adds.

Cosmetic chemist Ron Robinson of BeautyStat tacks on to this, noting that magnetic lashes are actually safer than regular glue-on falsies thanks to their glueless nature. “There aren’t any glue [chemicals] or ingredients that could seep into the eye area,” he explains.

Are magnetic lash and liner duos safe for your eyes?

Some magnetic lashes—like Glamnetic’s—are designed to be used with a magnetic eyeliner. Since the eyeliner is a liquid, it reintroduces the possibility of something magnetic seeping into your eye. Even still, however, it’s safe given the ultra-low grade electromagnetic frequency.

To better understand how such a low-grade magnetic liner could actually adhere falsies in place, we chatted with Glamnetic CEO and founder, Ann McFerran.

“Our magnetic liner works because of an ingredient called iron oxide,” she explains. “Iron plays an important role in many geological and biological processes and is found in hemoglobin (which carries oxygen in our red blood cells). Hemoglobin is used to create pigment across all types of colored cosmetics (eyeshadows, lipsticks, etc.). Iron oxide is also found in an abundance of products and is also FDA-approved. All ingredients in our eyeliner are rated under a two (on a scale of one to 10) in EWG’s Skin Deep Cosmetic Database, where H20 is rated a one.” In other words, you have nothing to worry about.

Just like professional lash extensions can potentially damage your natural lashes, so can magnetic lashes. But it’s important to clarify that it’s not so much that they alter your lashes’ ability to grow; it’s more that they can cause breakage that stunts the appearance of your lash length if you don’t remove them properly.

According to Ilyse Haberman, M.D., an ophthalmologist at NYU Langone Health, since magnetic lashes often sandwich the natural lashes, they can potentially cause traction alopecia as they are sitting directly on the base of the eyelashes.

While she would limit the use of these types of lashes, she says that the biggest thing to keep in mind is how you remove them. “If you pull them off incorrectly, you can pull out your natural lashes,” she says. “The magnetic eyeliner is likely safer in terms of the potential to cause traction alopecia since the false lashes are being supported by the lid more than by the natural lashes themselves.”

That said, just because it’s unlikely to alter your lashes’ actual growth, that doesn’t mean it’s impossible. Dr. Douglas points out that pulling and tugging at magnetic lashes—whether adhered to the lid or magnetized to the lashes—can prematurely release natural lashes from the follicle and can result in broken hairs, as well as damage to the follicle itself, resulting in less growth or even variations in the pattern and direction of lash growth. But, again, since magnetic lashes are renowned for their easy removal, this is unlikely. Simply read the directions for removal on the lash packaging and you should be good to go.

Are there any negative side effects associated with magnetic eyelashes?

Apart from the potential to cause traction alopecia and alter the growth pattern of your natural lashes, magnetic lashes are a safe bet for a longer flutter so long as you commit to applying and removing them according to the brand’s instructions—and making sure to do so with clean hands.

“There are really no negative side effects in the product,” Dr. Douglas explains. “We see more issues with the application conditions, process, and ongoing care of the product, and the cleanliness of all hands and products touching the eye area.” So, if you need another reminder to wash your hands—this is it. 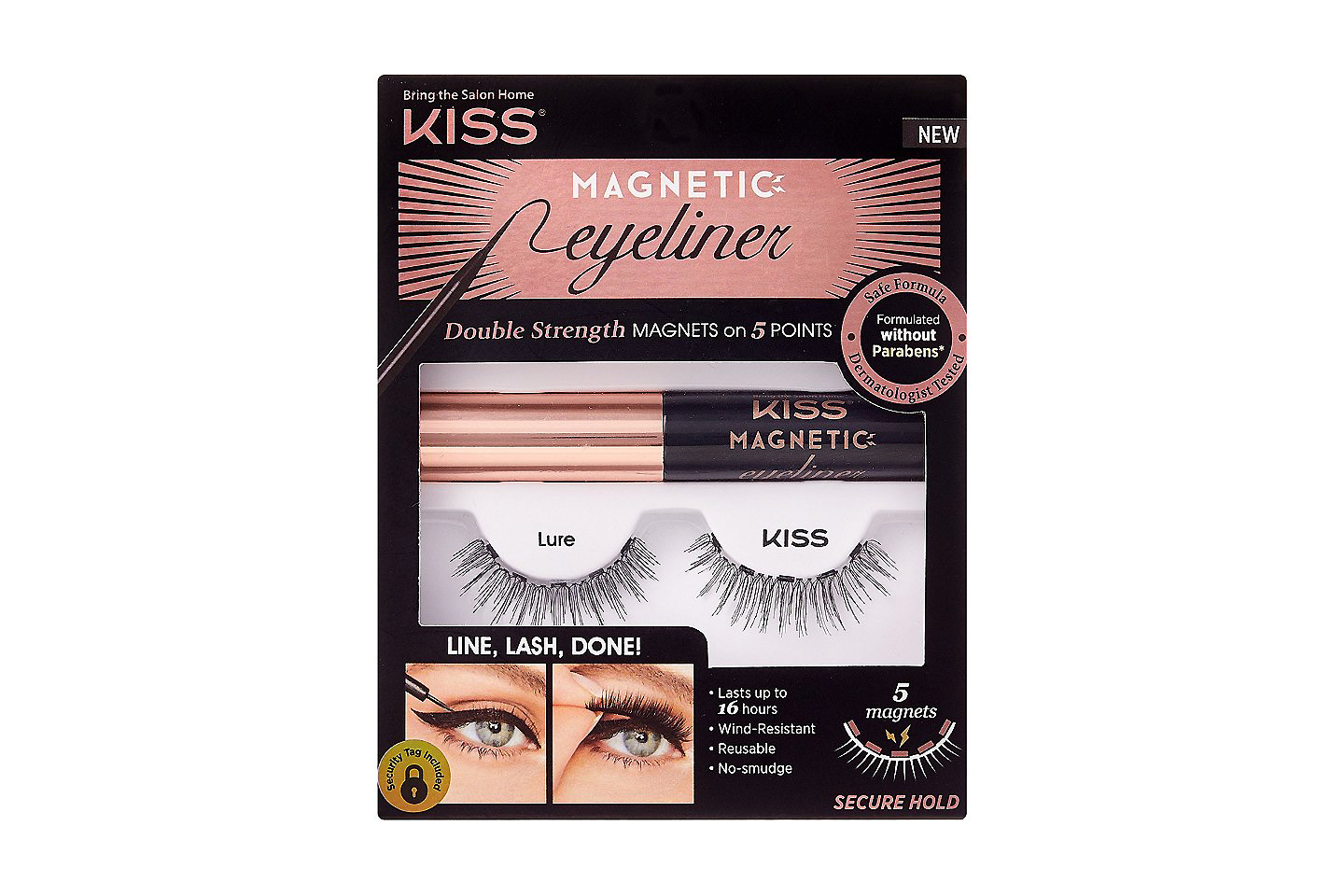 Additionally, if you plan to reuse your magnetic lashes, Dr. Douglas says you should sanitize them to prevent exposing your eyes to potential bacterial infections. “After each removal, they should be cleaned with some rubbing alcohol and water solution, or a gentle cleanser or micellar water,” he says.

And, while we’re on the topic of cleanliness, as much as you love your BFF (and as much as they might love your magnetic lashes), never share your falsies—or any other eye-related cosmetic for that matter. Dr. Douglas warns that doing so is just asking for a potential infection to arise.

According to Dr. Douglas, magnetic lashes are significantly less disruptive, all-around gentler, and easier to use than glue-on falsies (which can “form a seal, trapping in moisture, fungus, or bacteria, and can cause levels of irritation, rash, atopic dermatitis, or other conditions for those who are sensitive or mishandle them”).

Speaking of sensitivities and misuse, Dr. Douglas says that any time you are sick or experiencing any preexisting eye condition, allergy, or infection, you should hold out on falsies of all kinds. “And, as always, if you do develop any negative reaction to any eye or eyelash product, discontinue usage immediately and see a medical professional to determine what has transpired and what course of action might be necessary,” he urges.

Dr. Haberman agrees, noting that any synthetic product—even those that are applauded for their gentle nature—has the potential to cause an allergic reaction that can cause lid swelling. Because of this, she recommends testing magnetic lashes before trying to wear them to a big event. Testing them beforehand will let you know if magnetic lashes are the falsies for you or if you need to keep on searching.