This is not a drill: The “Magic Tree House” book series is getting the movie treatment

If you grew up reading books — psyche, of course you did — you will have fond, fuzzy memories of Mary Pope Osborne’s Magic Tree House book series. The epic, time-and-space-traveling tales of siblings Jack and Annie have enraptured readers for over two decades, and now Lionsgate, home of Twilight, Divergent, and The Hunger Games, has picked the series’ movie rights up. You know what that means: A big-screen adaptation of these fantastic literary tales.

Technically speaking, this isn’t the first time the Magic Tree House series has gotten the cinematic treatment. The 2011 Japanese anime film Magic Tree House was indeed based on Osborne’s books and its sibling protagonists. 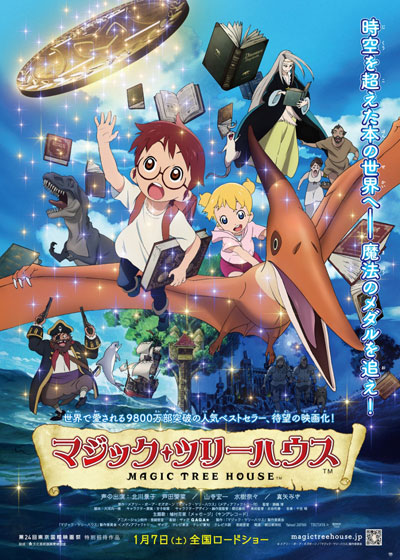 But the book series, whose latest (and 54th!) installment Balto of the Blue Dawn was released on January 5 of this year, had yet to get swept up by the Hollywood YA movie adaptation movement. Both veteran series like Harry Potter and the Chronicles of Narnia and newer series like The 5th Wave and the Percy Jackson books have already made the leap to cinema, so if anything, we’re more surprised that it’s taken this long to get the Magic Tree House series into a movie theatre near you.

According to Entertainment Weekly, the main inspiration for the first film (because of course it’ll be a series) is the 29th book, Christmas in Camelot. Osborne and her husband Will will executive produce; in addition, he and Chicago playwright Jenny Laird will be writing the script. There’s no word as to when this film will come out and which lucky actors will be tapped to play Jack and Annie, but we can’t wait to find out.

23 children’s books that are secretly written for twenty-somethings