We are so excited to get more from the awesome world of Harry Potter this year that we’ve been practicing our spells. Last night, stars of Fantastic Beasts and Where to Find Them rocked the red carpet at the premiere in New York. Everyone looked amazing. We were particularly stunned by Evanna Lynch, who played our flighty fave Luna Lovegood in the original Harry Potter movies. Evanna appeared at the premiere to support the next chapter of the Harry Potter world, and she stunned us with her gown. 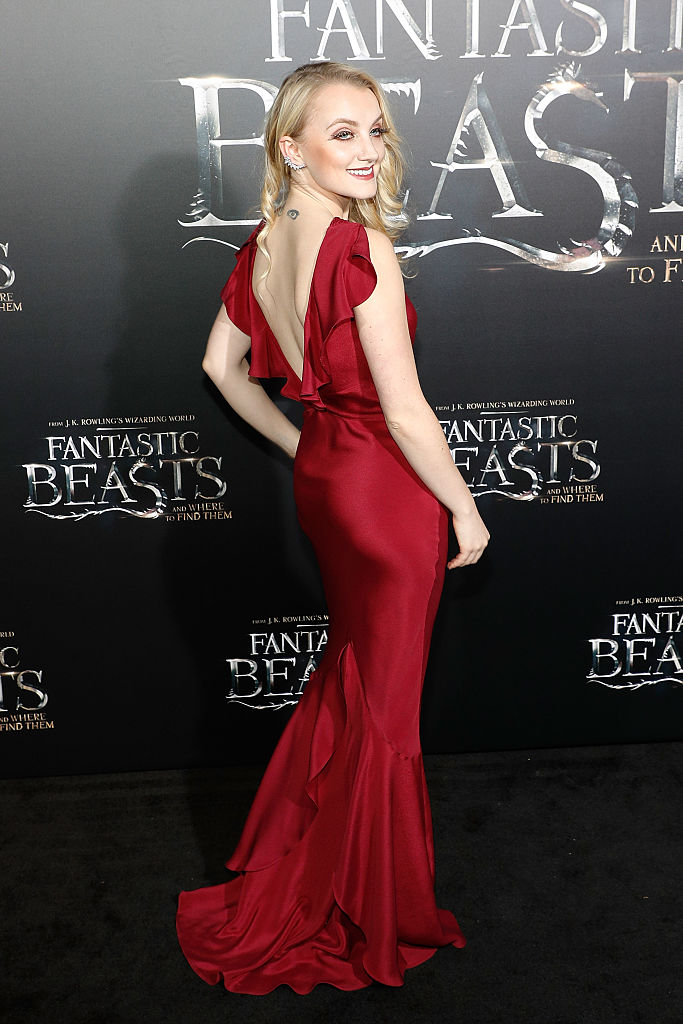 Our favorite thing about this gown has to be the color. The dramatic red makes Evanna look so elegant. The simple drape of the gown lets the color be the star. We also love the soft ruffle details of the back and bottom of the skirt, which give a touch of fun and femininity to keep the gown from being too severe.

WOW! We can’t believe how much Evanna has grown up since her role as Luna.

Now, Evanna’s a gorgeous woman who is not afraid to bring the drama. 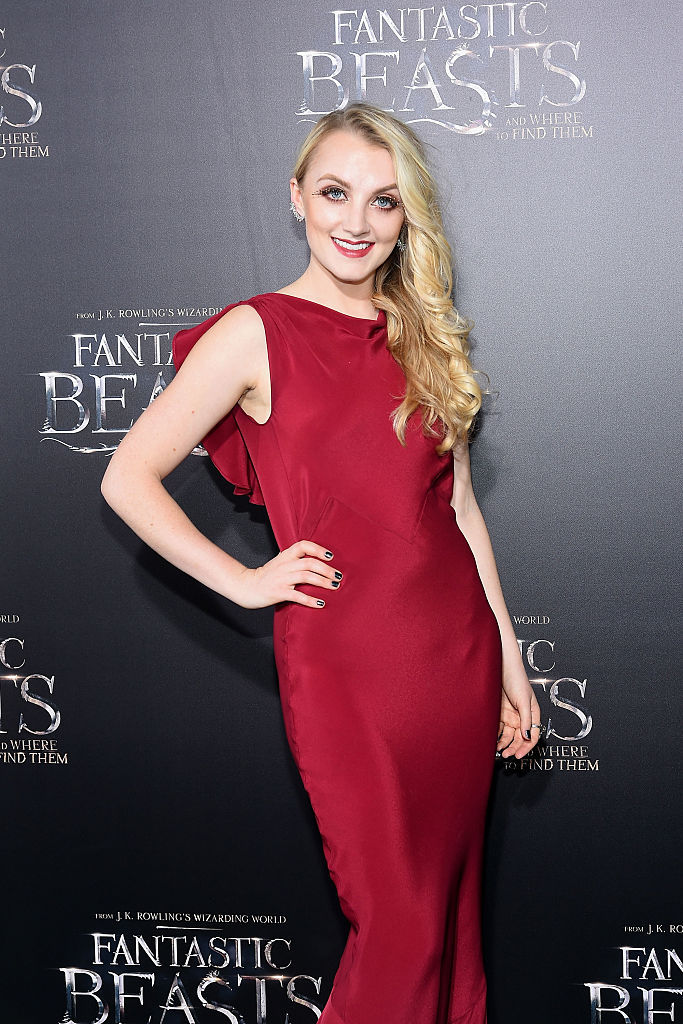 Evanna’s makeup with her sparkling eyelashes and red lipstick that matches her gown keeps up the drama. She definitely proves to us that she doesn’t shy away from the spotlight. And why should she? She shows off her fabulous curves with the simple soft cling of the dress, and we love that simplicity of the front.

One things for sure, Evanna definitely cast a spell on us with her style.