Is it just us, or does Priyanka Chopra seem like the greatest, most supportive friend ever? Chopra opened up about her friend Meghan Markle on The Wendy Williams show this week (who — if you happen to be living on another planet and don’t already know — is the brainy and beautiful girlfriend of Prince Harry). And as it turns out, Chopra shares most our opinions on if they should get married one day.

“I don’t know, I hope so,” the Baywatch star told Wendy after being asked about any impending royal nuptials. “She seems happy. I think they look great together.” 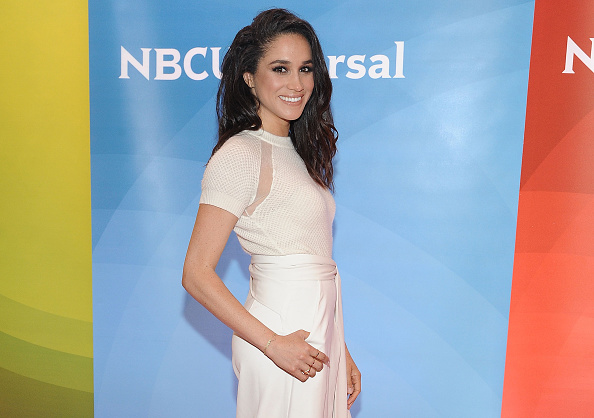 Of course, Meghan was also super quick to identify Meghan as *way* more than just the girlfriend of Prince Harry, adding on a quick: “Also, Meghan Markle, actress, Suits, her achievements. Just saying.”

Awe, what a great friend!

While Priyanka and Meghan have been pals for a few years now, the Quantico actress isn’t totally sure she’s close enough to her Suits friend to be at bridesmaid-level just yet.

“I don’t think I’m THAT close to her. I don’t know that [I’d be a bridesmaid],” she quipped to Williams when pressed on the subject. “I’ve known her for about two years now, so I don’t know. Once I get the invite…if I’m even invited!”

Oh, we for *sure* think she’ll score an invite, no problem!