Yes, I’m the larger woman in a mixed-size couple. No, I’m not a fetish

Falling in love for the first time was so incredibly unexpected. During high school, I didn’t have the slightest interest in dating. Sure, plenty of people were “aesthetically pleasing,” but none caught my attention. So my relationship with Matthew was completely uncharted territory. And, immediately after our first meeting, I was totally enamored.

Fortunately, he felt the same. From the beginning, we were inseparable. Walking through the halls hand in hand, eating lunch together, joining each others clubs and activities — we were always together. I was so at ease with him that I willingly allowed myself to be vulnerable and open. In discovering more about Matthew, I unexpectedly learned so much about myself. I knew we were just teenagers and young love often doesn’t last, but finding him felt like finding myself.

“You know what his friends call you behind his back, my sister bitterly spit out one day in the middle of one of our signature fights. “They call the two of you spaghetti and meatball.

Even in the midst of our screaming match, my brain connected the dots and deduced the oh-so brilliant meaning to the nickname.

I was fat and Matthew was thin. Together, we were a comically mismatched pair.

I had dealt with being fat for pretty much all of my life, so being bullied because of my appearance was nothing new. But this wasn’t just commentary on my weight. This was an appraisal of my relationship with Matthew. My body meant that I didn’t belong with him.

Ignoring the cruel comments, Matthew was determined to show me that his love wasn’t contingent on my waistline. It was never a factor for him and, most importantly, he made sure that I felt loved.

But whenever we’d go out in public, people would regularly assume we weren’t together. I’d silently fume when baristas or waitresses would flirt with him in front of me, but I was mostly upset by how insecure it made me feel. When it was obvious that we were a couple, we’d sometimes get open stares from strangers.  That wasn’t nearly as painful as the well meaning — sometimes pitying — comments from friends and acquaintances; even people who knew us focused on my weight.

“Does he motivate you to lose weight? You should try to get in shape. It must be awkward sometimes.

Yes, this spam was annoying, but it also brought about a realization. These blogs — so many of them actual Fat Fetish sites — were not only fetishizing me. They were assuming that my husband fetishized me, too.

It also raised a question: Did everyone who saw us together assume our relationship was built on a fetish?

Relationships featuring larger men with thinner women are normalized in pop culture (The King of Queens, The Simpsons, Family Guy, and The Flintstones to name a few). However, pop culture portrayals of relationships between a thinner man and a larger women are rare. And when we do see them, these relationships are designed to provide comedic relief (the 2001 movie Shallow Hal comes to mind). 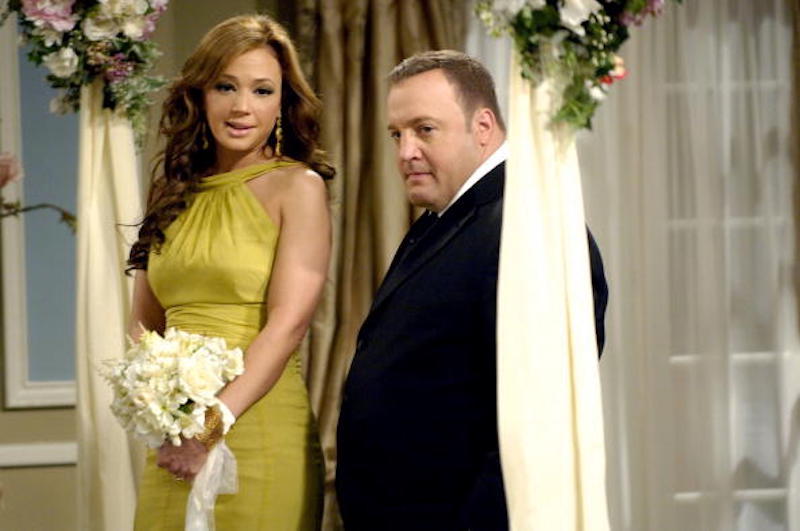 It’s as if our culture is saying that there is no “normal” reason for why a thin man would saddle himself with a fat woman. I started wondering, why did my husband choose me out of countless other women who would better match his exterior?

I began to feel like I didn’t deserve his love — but those feelings had nothing to do with Matthew. He never made me feel less desired. A coworker of ours once even told me that when Matthew looks at me, he stares as if I hang the moon in the sky. But as romantic as that sentiment is, it only made me feel less deserving. Society had caused me to internalize all this crap. Even though I’ve always proudly claimed to be body positive, underneath it all, I didn’t think I was worthy of the devotion I received. And I hated myself even more for feeling that way.

It wasn’t until after I had my children that this feeling began to fade. Knowing that this body — seen as so imperfect by so many people — had created these incredible manifestations of our love eased my feelings of inadequacy.

My body was more than my weight and my weight had nothing to do with the love I was so freely given.

Still, even after three kids and 10 years of blissful marriage with my high school sweetheart, I get reminded of our so-called “mismatch” all the time. There are still days when I feel less than worthy because I’m a fat woman in a relationship with a much slimmer man. But I’m working on it. And no matter my size, I know that my place is by Matthew’s side. After all, meatballs and spaghetti are a pretty great match.