I was practically bouncing in my tennis shoes as I traveled down the first part of the looping trail into Northern California’s Caribou Wilderness.  I was with friends on my first real backpacking trip, but I’d spent most of that summer waking up early for solo day hikes, winding my way along dirt-packed paths, and dodging speeding bikers who covered my legs in their spray of gravel and dust.

I was home from college for the summer, and deeply unhappy for a variety of reasons I seemed unable to identify. Something about the clean, plastic-y smell of new gear from the suburban REI that I’d started frequenting, combined with the intoxicating smells of a trail — all dirt and soft moss — calmed my welling sadness.

After years of barely knowing myself at all, it felt like a miracle to recognize how happy being outside made me, and I wrapped myself in nature as often as I could.

We planned the trip spontaneously, me and three boys who I’d known since I was sixteen. We were all back home after moving away for the first time, and felt anxious to fill the long, sunny days.

One of the boys coming on the trip was my long-standing crush, Perry. He was tall and blonde, and still looked like a cross between a teenager and a man, sturdy but slightly scrawny, too. It was no secret that I liked Perry; we’d flirted and fought for years. In high school, we’d talk on the phone nightly, and tested the line between friendship and relationship — but never, despite my enthusiasm, dated. Instead, I clung to our drunken fumbling on nights when his girlfriend was out of town.

Planning the trip was awkward; Perry and I had barely spoken for months. After I had asked him, once again, to give us a chance, he seemingly disappeared completely into the fog that coated our coastal town.

But heading down that trail, I was happy that Perry was there, happy to share nature with him. Having been long convinced that he was perfect for me, I saw these three days as the chance to convince him that I was perfect for him.

As we walked, my two other friends immediately pulled far ahead of us while I adapted my already slow pace to my 20-pound backpack. Perry walked behind me, chatting amicably to my back as we navigated the small trail single-file. We’d convinced ourselves to stretch a 12-mile loop over three days, so we were in no particular hurry. We’d chosen to stop beside one of the numerous tiny lakes each night, and our first destination was only three miles away. The trail was smooth but not clear, covered by branches that had dropped from the cedars and hemlock pines. I felt confident navigating that trail — a self-assurance I rarely felt around Perry — and I was happy to walk the twists and turns of nature with him behind me.

But less than an hour into the hike, as I stepped over a pile of downed branches, I fell. 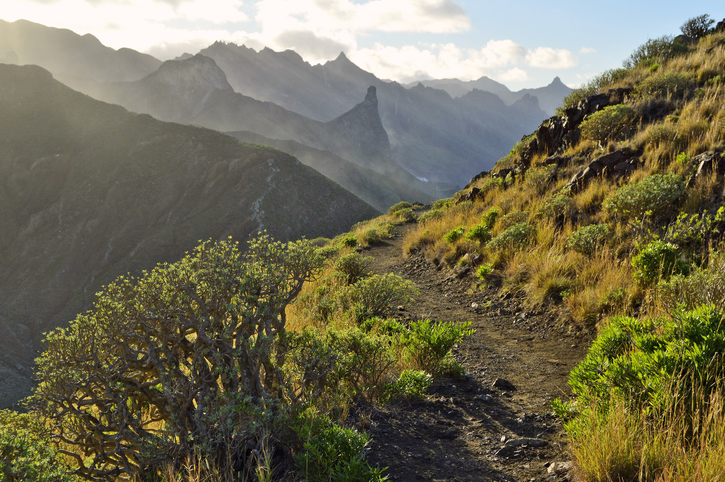 Not used to the top-heavy weight of my backpack, I plummeted face-first towards the ground without enough time to so much as put my hands out in front of me. I landed face first in a pile of uncut branches. I tasted blood and bark on my tongue as I tried to push myself up without doing more damage. I heard Perry — he sounded very far away, though he’d been right behind me before I fell.

One of the reasons I liked Perry was his ordinarily unflappable demeanor. In high school, our friends gravitated to him as our natural leader. In college, he’d become even more self-confident and gregarious, joining clubs and reveling in college’s party culture. Perry had, mostly, been there when I needed him, along with his all-is-well attitude. He was not there in the way that I wanted, but he had been a tenuously steady strap onto which I held very tightly in my sadness, tighter than he ever wanted me to. I had always thought that Perry would be the one to save me from the depression that followed me like a swarm of bats, if only he’d love me as I loved him.

“I need you to help me,” I managed to squeak out, as I pushed myself into a sitting position.

Part of my lovesick brain was excited by the prospect of Perry lovingly sitting down in front of me, cleaning off my face, bandaging my wounds. Saving me.

The other part of my brain was starting to panic; I could feel blood warming my skin, dripping from my nose into my mouth. My lips were swelling.

“Oh my God,” he said again, looking at me and stepping further back in repulsion.

“Your nose is bleeding, the skin is all…” he trailed off, but I could hear the panic mounting in his voice.

“I need you to help me," I repeated, but he just stared at me, his hands grasping his backpack straps. “Get the first aid kit out of my backpack, I urged him, remembering all those pop psychology articles about bystander apathy — he needed someone to tell him what to do.

But he stood firmly in place, a safe distance from my crumpled, bleeding self. 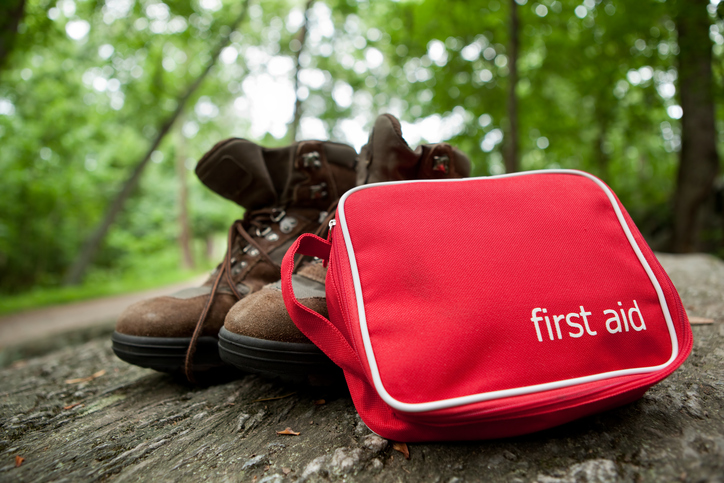 How apt a metaphor for us, I thought as I fumbled to take off my backpack. All the possible romance I’d ascribed to the situation was immediately extinguished. Eventually, Perry came forward and crouched down with my bag.  He pulled out the red first aid kit — but instead of unzipping it, he handed it over before, again, backing up to a safe distance.

Tears welled in my eyes from the embarrassment of falling — and from the full-throttled realization that this boy I’d pined over couldn’t even figure out how to help me when there was blood pouring out of my nose and a first aid kit in his hands.

And in that moment, he disappeared. He was still standing there, of course, looking at me from six feet away, but I wasn’t focused on him anymore.

I’d been hiking by myself all summer; if I’d been alone, I wouldn’t have been sitting there, waiting for him to help me.

That was part of the reason I’d found so much joy in my solo hikes — each one was a tiny test of myself, my willingness to be alone, to disappear into the woods and then get myself back again.

So, as if I were alone in the vastness of the wilderness in which we stood, I began to care for myself. I poured water on a bandana to clean the dirt off of my hands, and rubbed them with sanitizer before taking the wet cloth to my face. My skin was a constellation of scrapes, and my lips were swollen from where they’d been cut by pieces of bark. A lump was emerging underneath a shallow red rash on my forehead, the skin around my eye already blue-tinged and swelling. I’d somehow managed to cut the inside of my cheek, which coated my tongue with blood.

But what had seemed so horrible at first was actually just a collection of small injuries. I was swollen and bruised, but okay.

“Do you need help?” Perry asked, materializing in my line of vision again.

“No, I said standing and picking up my pack, “I’m good now.

And as I headed deeper into the woods, Perry walked behind me — his voice, and my feelings for him, lost in between the trees and chattering birds. Five years later, the only thing that lingering scar on my nose reminds me of is my own bravery.