This adorable graphic explains what consent is using fast food

Sexual consent is a topic that is finally getting attention in the media, but that doesn’t mean people practice it in their real lives. The definition of consent is pretty damn clear, but our culture is a rape culture, which makes it hard for people to know what sexual consent really looks like.

We are all grossly familiar with the victim-blaming ideology that typically frames discussions of sexual consent in sex ed — if it is discussed at all. And that definitely explains why surveys of college students demonstrate an incredibly murky understanding of consent.

Thankfully, starting this year, California will be the first state in the nation to incorporate consent into their public high school sex education program! There are still 49 more states to go — but it’s a start.

But what if you weren’t lucky enough to learn about consent in a high school classroom, or from a family member, friend, or trusted adult? What if you need to explain consent to someone who doesn’t understand?

Planned Parenthood has your back with a cute, handy, fast food-inspired acronym breaking down what constitutes consent. 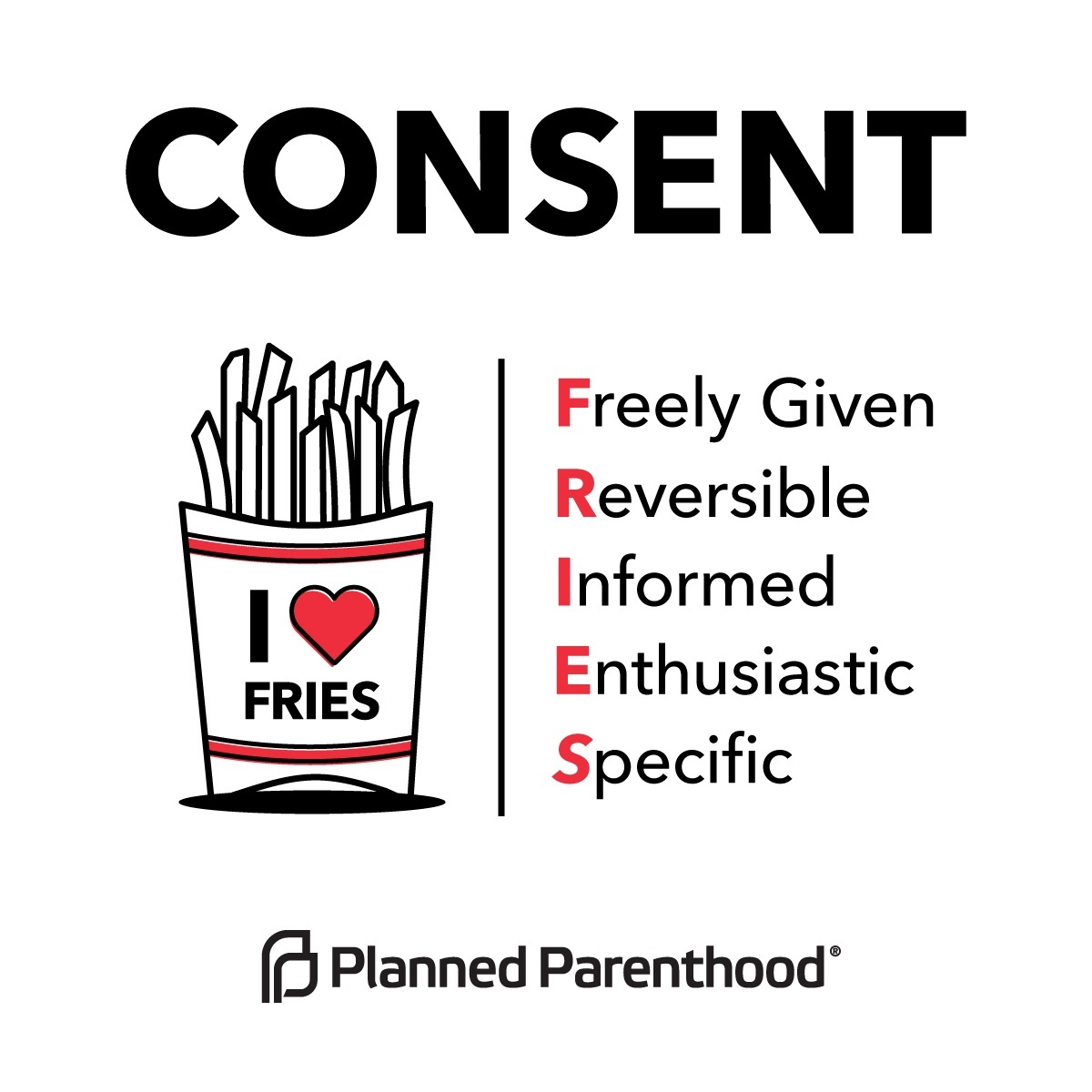 Next to a drawn carton of french fries, Planned Parenthood explains consent with the acronym, FRIES.

And on their official Tumblr, Planned Parenthood elaborates on each of those terms:

Freely given: “Doing something sexual with someone is a decision that should be made without pressure, force, manipulation, or while drunk or high.”

Reversible: “Anyone can change their mind about what they want to do, at any time. Even if you’ve done it before or are in the middle of having sex.”

Informed: “Be honest. For example, if someone says they’ll use a condom and then they don’t, that’s not consent.”

Enthusiastic: “If someone isn’t excited, or really into it, that’s not consent.”

Specific: “Saying yes to one thing (like going to the bedroom to make out) doesn’t mean they’ve said yes to others (like oral sex).”