My friend broke up with me via snail mail

I pride myself on being a good friend.

And not just a good friend, but an over-the-top-will-do-anything-for-you friend. I send handwritten letters, birthday gifts, Valentine’s Day cards, comic strips of little cartoon-versions of us dancing around the pages, everything. I text and Snapchat and call on the phone. I’d probably send my friends carrier pigeons if that were still a thing.

But my best relationships are actually the ones that don’t require this constant contact. I still do those things (because I’m what you call “extra”), but my best friends are the friends that I rarely see or hear from. Most of my closest friends live anywhere from 500-2,000 miles away from me. One of my best friends and I only talk on the phone every six weeks, and she’ll get a surprise greeting from me shipped to her front door in Minnesota once a year.

I’m telling you this because I had a friend back in college who we’ll call Hillary.

Hillary and I met during our sophomore year of college when we were roommates in the dorms. Hill was chipper and a little eccentric, both qualities that I liked in roommates. We took turns doing the dishes and bonded over our then-boyfriends’ immature behaviors. We took photography classes together, and loved to go to the dining hall on weekends and load up on whatever food glared back at us from behind the sneeze guards.

At the end of the semester, we both wanted out of the dorms. We were sophomores, after all, and we were kind of annoyed that girls down the hall kept getting wasted and puking in the shared showers. Hill moved to a one-bedroom apartment across from campus, and I moved to a little house with some improv friends. 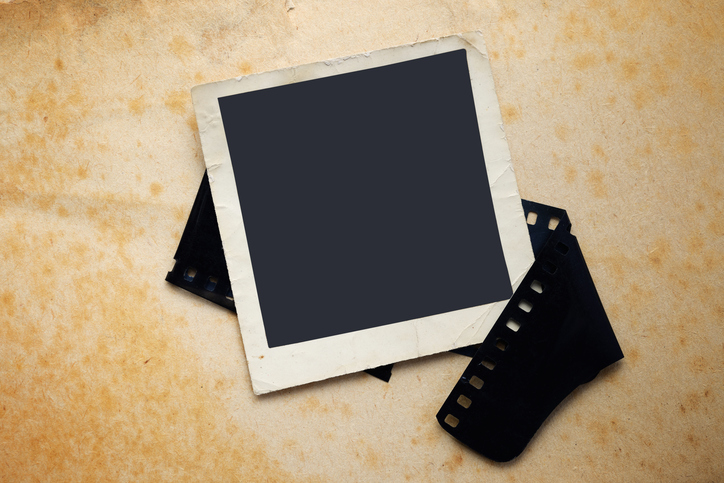 We stayed in touch throughout college, had wine and cheese nights, and attended each other’s poetry readings and comedy shows. When I got dumped by my boyfriend of nearly five years, I went straight to her apartment, banging on the door at 2 a.m. in total agony. She was the first person there for me. She was my friend.

After we graduated in the summer of 2014, Hill decided to move to Portland, Oregon. She’d recently split from her boyfriend as well, and she wanted to experience something new and exciting. I supported her decision and helped her pack up her Subaru, then waved goodbye with little happy tears falling down my cheeks.

During those first few months apart, I sent greeting cards, tiny notebooks, and weird knick-knacks to her new home in Portland. We Skyped every few weeks and she updated me about her coffee shop job, her new roommates, and the growing tension in her family; her parents were getting divorced after her father’s infidelity came to light. It was really tough on her; I remember calling her just to listen — in the car on my way to work, late at night, on a lunch break. I wanted to be there for her even though I physically couldn’t be.

Then, in the fall of 2014, my head exploded. A cerebral brain hemorrhage landed me disabled and hospitalized. After my surgery that October, Hillary came to my hospital room with a tiny white buffalo stuffed animal and a smile. Again, she was there for me immediately.

Months later, she had her own medical emergency that required surgery. I rushed to see her at her hotel room, hours away from where I was living, as she prepared for the upcoming operation. I was scared; it was one thing for me to be sick, but it was entirely different when it was a close friend.

Time went by, we both recovered, and she was back in Portland doing her thing. She got a new job and a new boyfriend. Last summer while on a road trip, I stopped in Oregon so I could meet up with her and the new boyfriend.

Everything felt easy — she was still in my life, even if at a distance. Then life got crazy for me, and the calls stopped.

I was working 80 hours a week as a high school teacher, I had major depression, and I was still dealing with the symptoms of a head injury in my day-to-day life. Hill didn’t call either, and I was okay with that. I knew that she’d started full-time at her writing job, and she and her boyfriend were getting more serious.

I was active on her Instagram, liking her posts and thinking to myself, I need to call her one of these days. I wondered how she was doing. Then, suddenly I saw a post of a ring. Engaged!

I was so excited for her; I wanted to call her right away. I texted instead, hoping to set up a phone call soon. She responded with a thank you and nothing else. Weird, I thought. I wondered if she was going to call me to tell me all about the engagement. 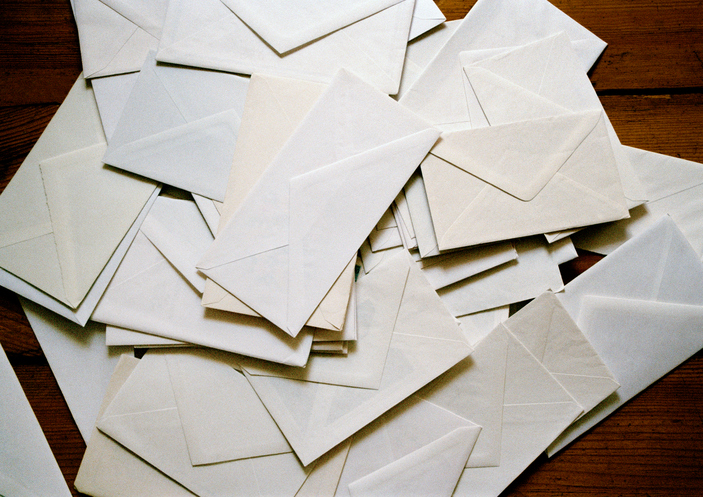 Cut to a few weeks ago. I was at my parents’ home in Denver, Colorado for a long weekend and a half marathon.

“There’s a bunch of mail for you in Dad’s office,” my mom said, pointing to a large stack by the printer. (I haven’t bothered to change my address with the United States Postal Service. I’m always moving every six months to a year anyway, so I figured there wasn’t a point. I haven’t “adulted” hard enough to call any one place home. I’m in flux, and my parents don’t mind).

At the very bottom of the stack was a letter addressed to me from Portland, Oregon. It didn’t have Hillary’s name on it, but I knew it was from her. I ripped the envelope open in excitement. Maybe it was a wedding announcement or cute greeting card.

My heart sank as I read her curvy hand-written words on a small piece of paper, edges frayed after being ripped from a notebook:

I hope this letter finds you well and that you are doing okay. I am sorry to say that we are no longer friends. We need different things now and we have grown apart. I’m sorry if this hurts you. I wish you the best in life.

“What’s new with Hill?” my mom said absentmindedly as she dried a dish above the sink.

I was shocked. We need different things now? I didn’t “need” anything — except for maybe an explanation as to what had gone wrong. I tried calling Hillary on the phone, but she didn’t answer. I left a voicemail. I couldn’t say much since I was still processing waves of disbelief, but I told her that I was confused and that I was sorry if I’d done something wrong. 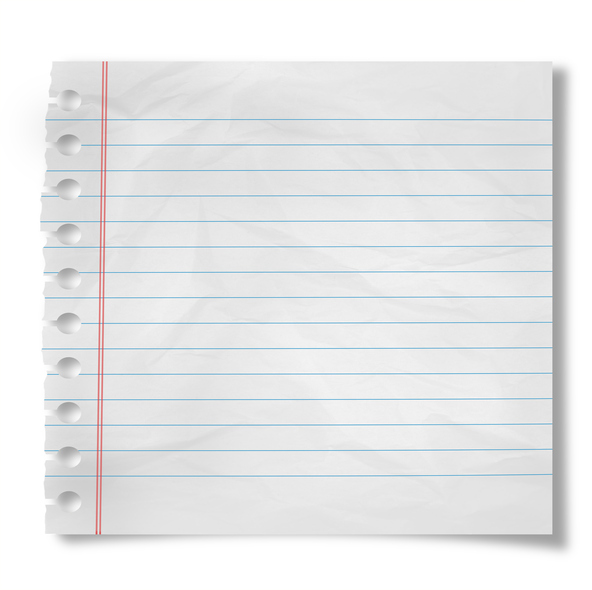 For a while I tried to wrack my brain for what I’d done to hurt her. Was I not supportive enough of her move to Portland? Should I have kept sending letters? I wished her a happy birthday this year… But it was useless. I practically started inventing reasons why I’d wronged her. And none of them were true.

The truth is that I feel sorry for her because I’m the kind of friend who sticks around. I stick to my friends like gorilla glue. Sometimes I can be too aggressively present as a friend when I feel like I need to be. I won’t blow up your inbox all the time or I might not always call you, but I’m going to stick around. I’ll admit, sometimes I write to friends who will never open my letters. I leave a lot of unnecessarily long voicemails that might not be listened to.

But I’ll never stop doing these things for my friends, because no matter how much time passes, I know the real ones will come back around, ask me how I’ve been, and update their address books with my newest place of residence. We’ll talk like we never stopped and embrace each other more tightly every time we’re together.

That’s how friendship works. It defies time and distance.

I guess I’ll never know what happened to Hillary; if she felt betrayed by my distance or if she was insecure about something. Maybe her new fiancé hated me. I’ll never know.

And I don’t need to.

All I know is that I’m going to keep loving my friends, my family, and the random dogs I meet on the subway. I’m going to be open and honest and vulnerable. I’m going to buy a lot of stamps and stationery and send them to people who I care about most.

So, to the United States Postal Service, thank you for delivering a heartbreaking goodbye so that I could make room for more friends in my heart. And to Hillary, for whatever reason you dumped me, I hope you know that there will always be a handwritten letter for you if you choose.

Mimi Hayes is an ex-teacher turned author and comedian living in New York City. When she’s not cracking jokes about her former students and her head injury on stage, you can find her wandering around Prospect Park looking for cute puppies to talk to. Look for her debut memoir, “I’ll Be Okay, It’s Just A Hole In My Head,” in Fall 2018 and follow her on Instagram and Twitter. Read her blog at mimihayes.com