I used to think I didn’t like The Office. I know, I probably should have been kicked off the planet for that one. It wasn’t until my boyfriend convinced me to watch (it happens to be his favorite show) that I finally understood the hype. Now, I’m of the belief that The Office is truly one of the greatest shows that has ever been on television. The story, the romances in particular, just captivated me — I’ve never cried so much while watching a comedy series. It might sound silly, but The Office actually taught me a lot about love. When I think about some of the greatest love stories on television, you Office fans know exactly which romance comes to mind first. Without further ado, here’s what Jim and Pam taught me throughout their nine season romance.

Good things come to those who wait.

Watching Jim and Pam during those first three seasons was truly torturous. I often wanted to yell at Pam and tell her to wise up and leave Roy so she could be with Jim already. Even when it came to Michael and Holly, I wished so badly that Holly would realize Michael was the one for her, while he waited in frustration. However, watching Jim and Michael wait (the former more patiently than the latter) led me to the conclusion that good things truly come to those who do wait. 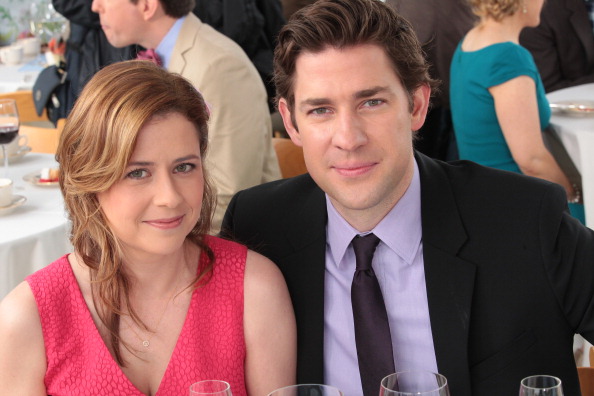 Before I met my boyfriend, I hadn’t been on a date in eight months. I had gone through a really awful breakup and just needed some time to myself. I took that time to figure out what I wanted from a relationship and realized I shouldn’t settle for anything less than what I really wanted. It wasn’t until I had completely stopped looking for a relationship that the guy of my dreams came along. The best relationship might come around a lot later than you had originally hoped for, but it’ll be worth the wait.

Never forget where you’ve been.

When times get hard and problems arise, I find it best to think about the challenging obstacles my partner and I have already been through. When Pam didn’t feel that she was enough for Jim, Jim enlisted the help of the documentary crew to create that tear-jerker of a video to show Pam just how much she meant to him. I think it’s best to take a step back when problems bare their ugly heads and focus instead on what made you fall in love with your partner in the first place. Is the current problem something the two of you can work through? Have you dealt with bigger problems in the past? Before you potentially say something irreversible and hurtful, take a breath and take a look at the bigger picture.

Fighting with someone you love is hard. Fighting with the person you see yourself spending the rest of your life with is even harder. Sometimes when people envision soulmates they think of people who finish one another’s sentences and agree on everything. That’s not quite how it is. In reality, soulmates fight. Everyone fights. Fights, when productive, allow people in relationships the opportunity to grow as a couple. 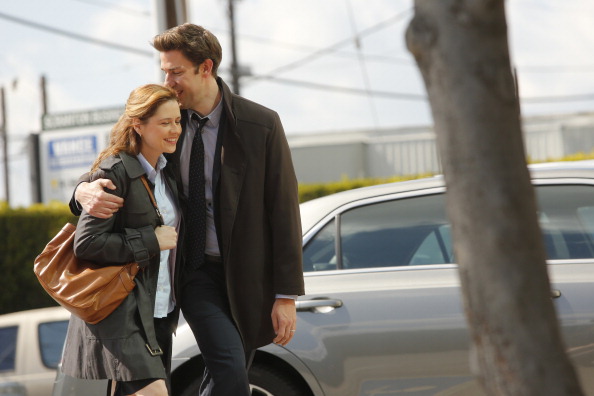 Let’s face it. While we never thought that Jim and Pam were going to have problems, they did have a rocky patch there for a bit. But they sought marriage counseling, and worked through it. The point is, don’t ever have the expectation that soulmates are too perfect to fight. There will be small fights and big fights in any relationship, even between two people who are meant for each other.

If you love someone, you may need to make sacrifices.

Pam wanted to go to art school. Jim wanted to begin a new career. Holly had to leave Michael to work for another branch. At times, people in relationships may need to make sacrifices for one another. Before making a potentially life-changing decision, it may be best to ask yourself one question: “Would they do the same for me?” Never be afraid to take a leap of faith. Everything usually ends up working out in the end if you’ve truly chosen the right person, so whatever decision you make will ultimately lead you to where you were always meant to be. 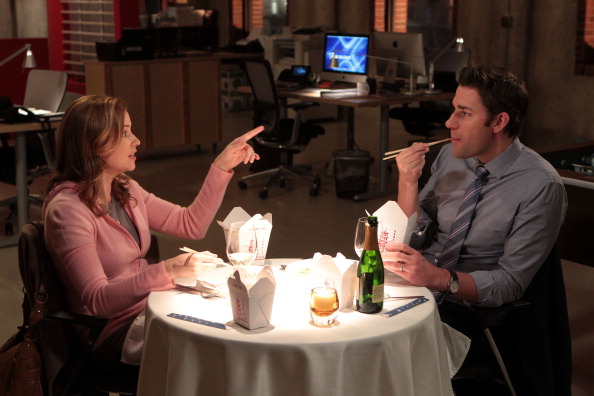 Every relationship is a unique journey.

Sometimes your friends will get married before you. Sometimes people who have known one another for only a few months will move in together before you’re even living in the same state as your partner. Sometimes, in a sea of couples, you may be the one friend that has no love interest in sight. You have to realize however, that every relationship and every path to love is special in its own way. Love shouldn’t ever be compared. There will be break-ups, other relationships in between, and periods of loneliness and uncertainty. Every journey is unique.

Kenzie Drolshagen believes breakfast burritos could be their own food group. Her favorite things include salsa on eggs, elephant videos, movie quote battles, and laughing too loudly. She once dressed up as Darla from Finding Nemo on Halloween, fake headgear and all. She’s a recent college grad, so she might have a few stories up her sleeve.