I have a confession to make: I’m 27 years old and I’m obsessed with Sailor Moon. There—I said it!

Whether it’s the manga, the anime, the American adaptations, the musical (yes, there’s a musical!), the live-action series, or the video games, there’s nothing I don’t love about this meatball-headed girl and her best friends.

But besides the awesome hairdos and the on-point clothes (high-wasted jeans never go out of style), there’s a lot we can learn from Sailor Moon and the Sailor Scouts, particularly when it comes to dating and relationships. After all, they are the defenders of love and justice.

So if you’re ready to transform your love life like you just got hold of a Luna pen, here’s everything you need to know about love via Sailor Moon:

It’s never worth fighting over a guy.

I love the relationship between Rei and Usagi, but when they were battling it out for Mamoru’s attention, it just got in the way. Just think of how much faster they could’ve found the Silver Crystal and saved the world if they weren’t focusing so much on winning him over.

Don’t lie to someone just to “protect them.”

The episode when Mamoru breaks up with Usagi is one of the saddest Sailor Moon episodes ever. At the time, Usagi doesn’t know Mamoru is just trying to protect her because he’s having visions of her being in danger. I’m not a big fan of “ignorance is bliss.” If Usagi had known about the visions, she could’ve helped Mamoru figure out a solution. Ever heard of “two heads are better than one”?! Just watching this episode made me want to cry in a telephone booth, too.

Looks can be deceiving. 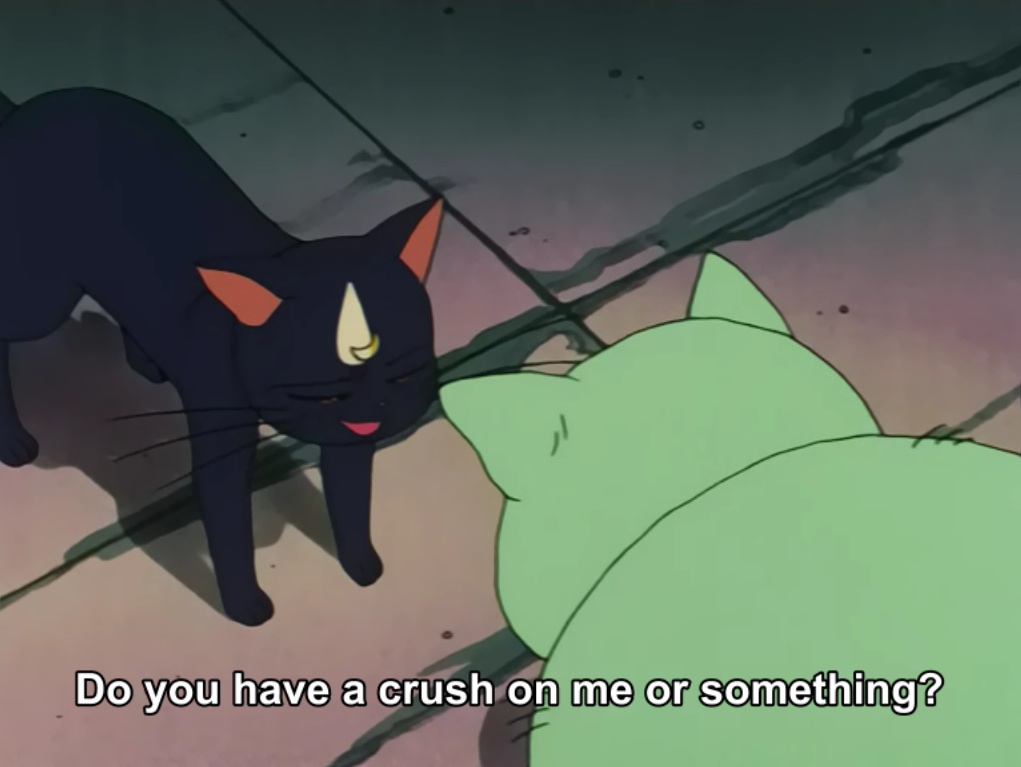 One of the best Sailor Moon subplots of all time has got to be the one with Luna and Rhett Butler, the Tuxedo Mask of felines. After saving Luna from being attacked by a group of alley cats, Rhett Butler, who also looks like he weighs 48 pounds exactly, falls for her. He ends up saving her life more than once, even when he was transformed into a giant cat that looks like he could’ve been in Black Sabbath. Just goes to show it’s what’s on the inside that counts. 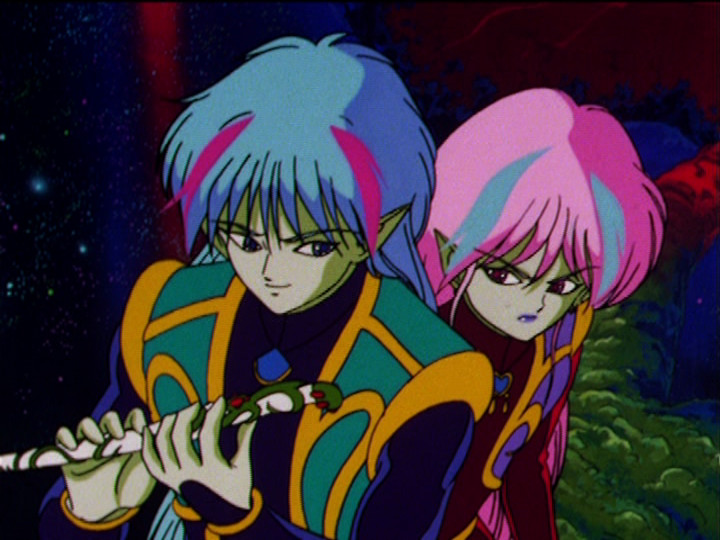 An and Ail were some of my favorite characters from the anime, and their storyline was also one of my favorites (no shame!), even though some people may disagree with me.

They spent most of their time trying to make each other jealous any way they could, including sabotaging a Snow White play, of all things. They spend so much energy trying to make the other one notice them that they don’t realize it’s love that the Makaiju really needs, not hatred or sadness. Seems pretty logical, right?

Don’t judge someone based on their past.

Out of all the Shitennou, Nephrite had the best heart. By sacrificing his life to save Naru, he showed that you can always make up for the bad things you did in the past if you just try. He also keeps Sailor Moon’s identity a secret, which is a pretty big deal if you ask me. Turned out to be a good guy in the end.

Forgiveness is key to any relationship.

A lot of things change in the Sailor Moon world, but one thing that stays consistent is Usagi’s ability to forgive. Even after Mamoru broke her heart, even after Chibiusa almost destroyed the entire world, even after Rei tried to steal her man, she still forgives. These are life-changing lessons here, people!

Don’t make out with your family.

This seems pretty obvious, but you never know when your pink-haired daughter from the future is going to fall out of the sky and land right on your lips. This also holds true if said-daughter turns into an evil adult version of herself and hits on you. If Mamoru had known this, he could’ve avoided an extremely awkward situation and Usagi’s jealousy.

I’m a big proponent of getting to know someone on a friend level before dating them (I was friends with my first boyfriend for 12 years before we became a couple), and I think Sailors Neptune and Uranus’ relationship is a good example of this. Get to know someone without letting sex get in the way, clouding your judgment. Plus, what’s better than building up that sexual tension?

Another storyline I really loved involved the Black Moon Clan. For some reason, I’m a sucker for when people’s names match the color of their clothes and hair (I’m talking about you, Esmeraude). But putting genius style choices aside, Prince Dimande truly let his freak flag fly when he kidnapped Usagi and tried to brainwash her. Now, I love me some Leonardo DiCaprio just as much as the next girl (actually, maybe more), but I’m not about to kidnap him and force him to love me. You think it doesn’t need to be said, but it does. Oh, it does.

Be who you are in a relationship—100% of the time.

I know she has her flaws, but Usagi is my favorite character. Sure she cries too much. Sure she’s always late. Sure she’s bad at math (BTW, that’s what Ami is for). But when it comes down to it, she is who she is no matter what.

And guess what? That’s what won Mamoru over.