“I mean, Kenny is an attractive guy, but how he looks is not my typical guy,” said 33-year-old Kelly Chase of her sandy-blonde fiancé. “My eyes always went to brunettes. I just personally am not as physically attracted to him… I love Kenny, but he gives me that ‘best friend’ vibe.”

Both Kenny Barnes, 27, and Chase are participants in Netflix’s Love Is Blind, a reality dating show in which strangers meet in “pods” and date without any clue what the person looks like. In the span of a few weeks, couples are expected to get engaged, meet face-to-face, plan their wedding, and then ultimately decide whether or not to say “I do” to their whirlwind romance. While the show delivers on reality TV’s perennial promise—drama—Love Is Blind fails at its own central premise; that is, it doesn’t do enough to challenge individuals’ perceptions of who they consider attractive.

It bears mentioning that Barnes is handsome in a traditional sense. All of the men on the show sport muscles that seem to be a prerequisite for almost every reality dating show, from The Bachelor to Love Island. Barnes may not appeal to Chase as her typical type, but it’s difficult to imagine him doing poorly on a dating app, or any of the men and women on the show, for that matter. The female cast members are also conventionally attractive, easily looking like they could be fitness influencers.

Netflix squandered an opportunity with Love Is Blind, which could have explored how people with marginalized bodies are treated in the dating world. While race and age are touched upon as possible points of tension (contestants range from 24- to 38-years-old), they are not new topics in the uncanny world of reality dating. Most of the conflict comes from the usual problems you would imagine coming up when you get married within forty days of meeting each other: Sex, meeting each other’s families, social media use, etc. However, hosts Nick and Vanessa Lachey, looking Instagram-ready as ever, keep extolling the virtues of this great experiment. 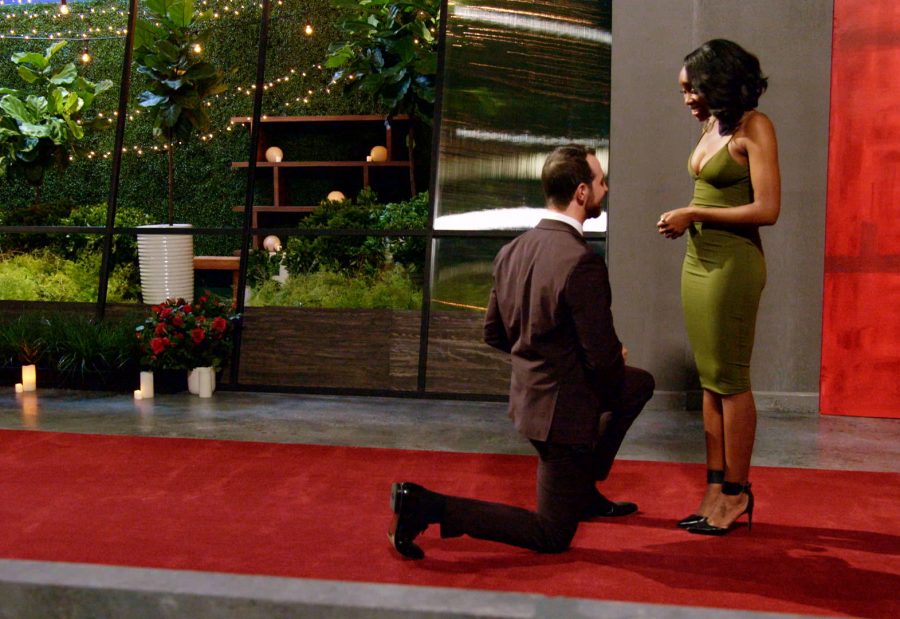 One of the most daunting superficial hurdles in the dating world is fatphobia, and yet, the streaming platform decided to completely sidestep this persistent prejudice. The discrimination fat people experience while dating is unfortunately not news to anyone in 2020, though a 2017 Twitter thread by writer and activist Stephanie Yeboah succinctly captures the stigma and fetishism she and others have faced. For instance, Hulu’s Shrill brings romantic experiences for fat people to the forefront for Annie Easton (Aidy Bryant), a young journalist whose deadbeat boyfriend is embarrassed of her because of her weight. In the Season 2 finale, Annie finally realizes that she’s stayed with her useless beau because it’s “easier than fucking facing putting myself out there and having guys not even consider dating me because I’m fat.”

A 2018 study published in Health Psychology Open notes that women report experiencing weight-based stigma more than men in general, compounding the already inordinate amount of attention placed on women’s looks. In the Western world, fat is a word considered by many to be synonymous with ugly. This is simply untrue, and also, exclusive to a ridiculous degree considering that the average American woman wears a size 16-18 in clothes, according to a 2016 study published in the International Journal of Fashion Design, Technology and Education. Considering that nearly 40% of American adults are considered obese, as per the CDC, it is unrealistic that they would not be represented on a TV show, especially one focusing on looking past conventional standards of beauty.

Disabled people—that is, individuals who have physical, mental, and/or other types of disabilities—also come up against plenty of prejudice in the world of dating and, surprise, surprise, are not represented on Love Is Blind. Sociologist Philip Cohen informed The New York Times that first-marriage rate for disabled people ages 18 to 49 in the U.S. is about half that of non-disabled people: 24.4 per 1,000, compared to 48.9 per 1,000. And while all women are familiar with the dangers of dating, often sending their locations to female friends on that first Tinder meet-up, disabled people are at higher risk of being assaulted than their non-disabled peers, according to the Bureau of Justice Statistics.

But does that mean Love Is Blind is ready for disabled, fat, or otherwise marginalized contestants? Of course, with the chance to challenge preconceptions comes risks and the fear of exploitation.

Physically disabled comedian Danielle Perez, already a fan of the “hot mess” reality show, tells HelloGiggles, “Disabled representation in Love Is Blind is not what I want to see—that’s not where I think we need to be breaking boundaries, you know?”

Perez brings up one of the failed couples, Carlton Morton, 34, and Diamond Jack, 28, in demonstrating how Love Is Blind would prove tricky for contestants who do not disclose certain information about themselves. Morton tells the audience that he dates both men and women, a fact that he conceals from Jack until after their engagement and which, ultimately, ends their short-lived relationship. 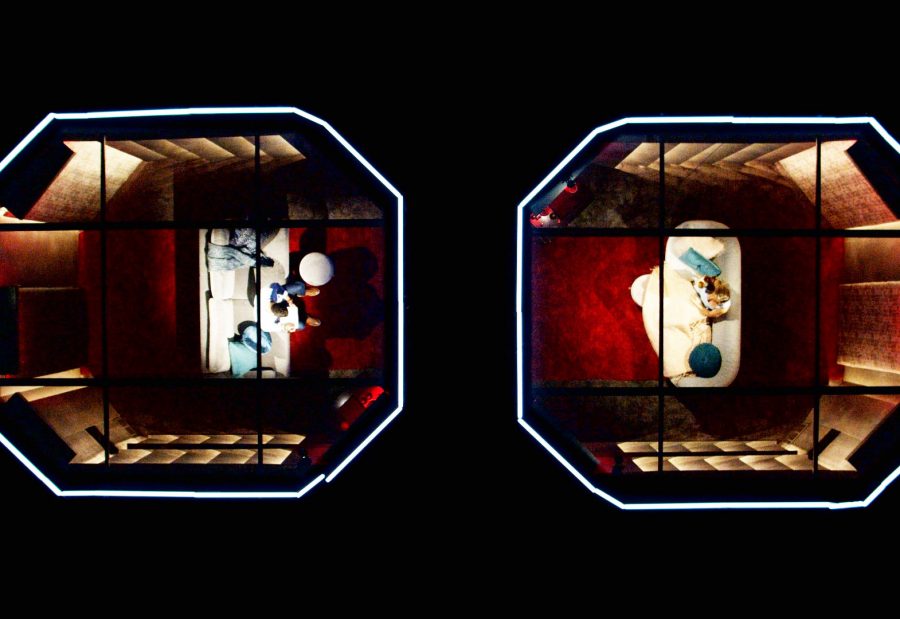 “[Carlton] lied by omission, and that’s something that if [he] truly [was] okay with [himself], [he] would have talked about,” Perez explains, later adding, “Like being fat, being physically disabled or having chronic illness is something that would need to be disclosed and I don’t know if Love Is Blind is the best place to disclose that, because when I online date, at the very least there are pictures, you know?”

Likewise, the self-dubbed “chronically single” Hallie Tanner, 24, tells HelloGiggles that choosing “cute but realistic” photos are a key part of being transparent when online dating for her as a fat woman. Otherwise, she and other people with marginalized bodies run the risk of rejection, or being falsely accused of cat-fishing. There are potentially dangerous consequences as well, since a 2014 study shows that white girls who view themselves as overweight and overweight Hispanic girls are possibly at a heightened risk of experiencing dating violence.

[quotes]“I am always very careful to include multiple full-body photos so it is very obvious that I am fat,” she says. On occasion, she’s tested out filling her dating profiles with the most conventionally flattering photos of her, downplaying any hint of a double chin, and says that she gets “ballpark-triple the matches I normally would.”[/quotes]

Tanner feels similarly to Perez on the prospect of fat representation on shows like Love Is Blind—namely, that it may do more harm than good for people with marginalized bodies.

Tanner expresses a desire for a reality show exposing the superficiality of dating apps in order to show what not conventionally attractive people deal with on Tinder, Hinge, and the like. However, she adds, “But I also worry about the reveals [on Love is Blind] not going well [if there was more representation] and the damage that would do to someone like me.”

Love Is Blind firmly leaves on blinders when it comes to marginalized populations like fat and disabled people, and maybe it’s fine if it stays that way for the time being. Representation in the looking glass world of reality television isn’t necessarily the answer, but increased representation and education in general, especially in popular media, are vital steps towards overcoming prejudice.