My mom passed away five days shy of my seventh birthday. It was the first day of summer—a bright, sunny day. It’s taken me most of my life thus far to work through my mom’s passing. It’s shaped me. Time, hours and hours of therapy, and traditions to keep her memory alive have helped me to live with her loss—though I’ll never get over it. Her death is a wound that’s a key part of me. I know loss well, but this year, I’ve been reminded again that sometimes things happen, and there is no silver lining and no lesson.

Nearly four months ago, my boyfriend Phil passed away unexpectedly. He was my first love and the brightest spot in my life. We’d just gotten back from a trip to France for Christmas, where we’d spent each and every day eating all the croissants, laughing at ridiculous French dogs, and navigating the streets of southern France. Every day was like a scene out of Beauty and the Beast. I learned more about Phil’s French background, fell more in love with him, and I could more clearly visualize our future together. Our path ahead was becoming a reality.

On a stormy night in January, two weeks after our return, I got a phone call. Phil had passed away.

I was in shock. I couldn’t stop shaking. I called my parents. I didn’t know what else to do. I felt like I was losing it with each second that passed. I crawled into my roommate’s bed, told her the news, and laid there in sad silence through the night. A few hours later, there was a small earthquake. The earth was moving, but I didn’t care if the whole house crumbled to the ground. My person was gone. This wasn’t supposed to happen. 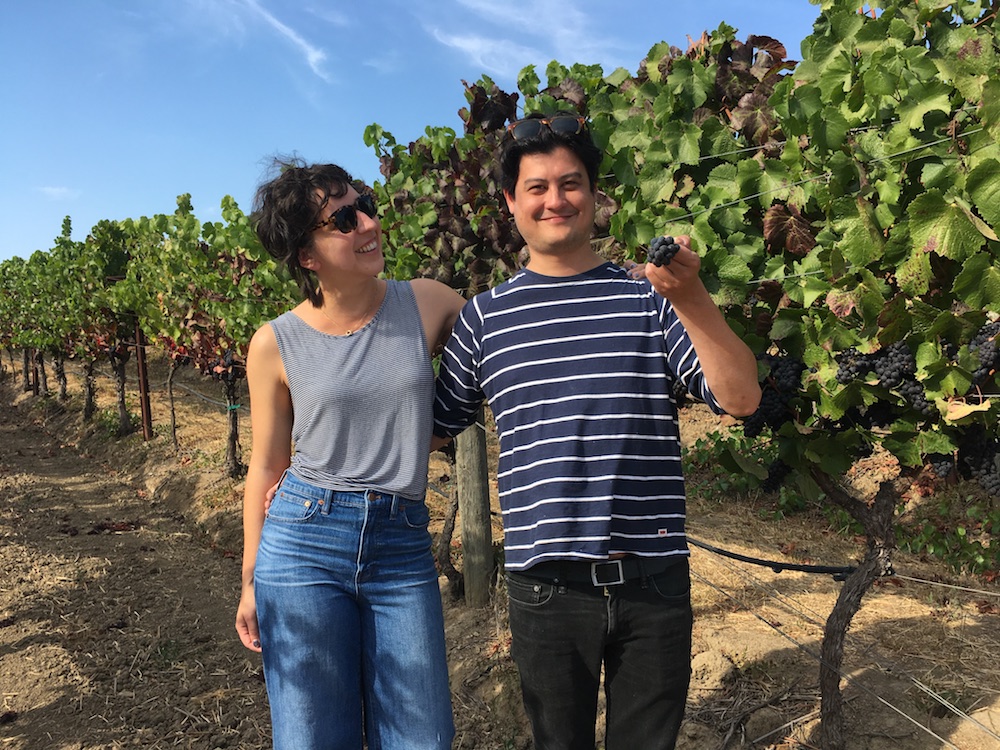 My parents and siblings flew out the next morning. I called my boss and word vomited all that had happened—I didn’t know when I’d be back at work. Maybe in a couple days? I called Phil’s roommate, who didn’t yet know, and tried to break the news. But in my dazed state, I couldn’t talk over the phone anymore. It felt impossible.

Days passed. The first week was a bizarre time warp. I wasn’t hungry, and I wouldn’t be for a while. I could barely remember to even drink water. Ben & Jerry’s half pints quickly became my go-to food. My sister slept by my side for four nights in a row, comforting me each time I woke up and realized this wasn’t just a terrible nightmare. This was my new reality.

It was strange to be alone. I didn’t want to be. So the only time I had to myself was in the shower. It was the one moment of the day when I would let myself talk to Phil out loud and truly unravel.

In my devastation, I felt comforted by a cocoon of love and support from my parents, my brother and sister, our friends, and Phil’s family. But by the fourth night of sleeping in other people’s beds because I didn’t want to be home, it became clear to me that I needed to be home. I needed to be back in my own bed; I needed to return to a seemingly normal routine. 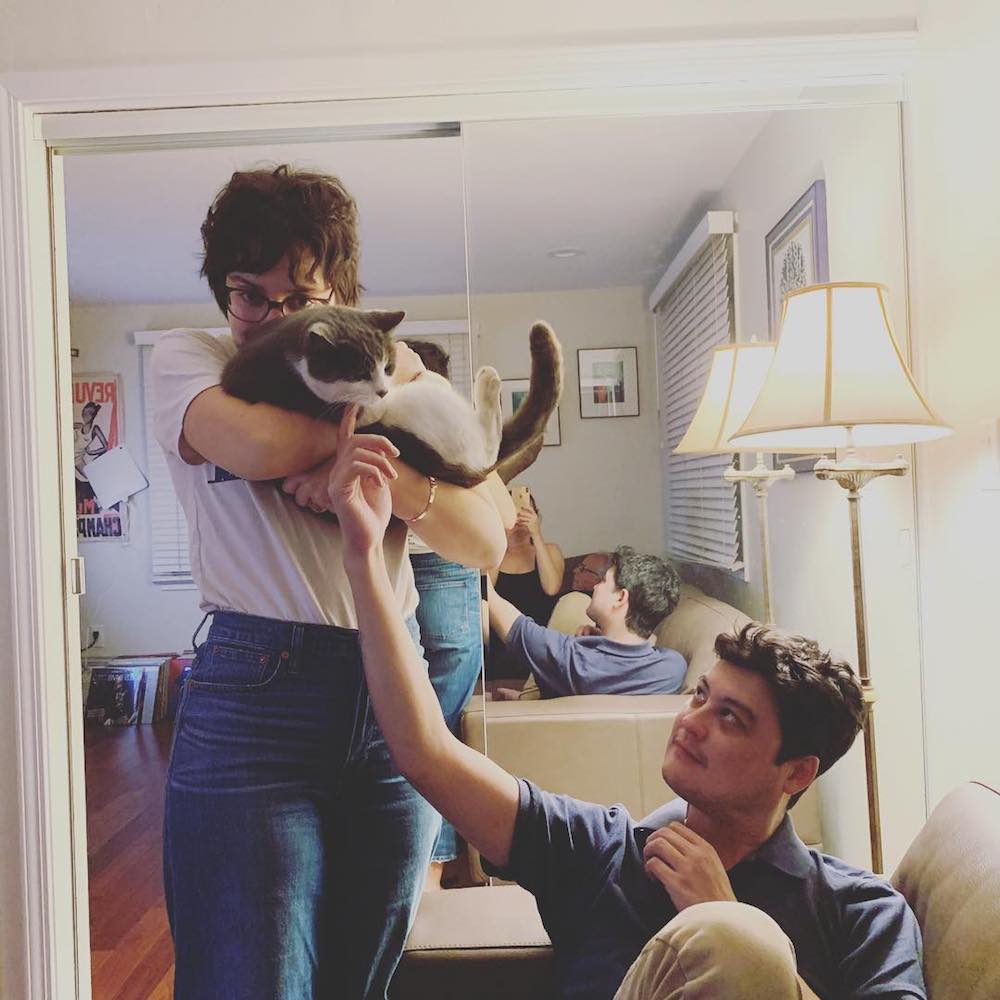 In the early days of my grief, I was having flashbacks to the loss of my mom, more than two decades earlier.

While the loss of my partner was different, the notion of death was not new for me. It had been ingrained in me at a young age. But this time, I could do things on my own terms. I could choose to sleep in my own bed when I needed to. I could say no to conversations. I could establish boundaries more vocally and feel no apprehension in doing so. This was a new feeling for me. One of strength and survival.

My own memories of my mom are few and far between. I’ve relied on stories from my dad, family, and friends. I look through old photos, watch VHS tapes, and go through all her mementos. The reality of her absence meant piecing together a person who is legendary in my mind. Sometimes I don’t know which memories are my own and which ones are other people’s, but it really doesn’t matter.

In losing Phil, I’ve been able to be even more intentional about keeping his memory alive. Now I’m in my late twenties and my life is different. The world, and technology, has changed. I have an amazing number of photos and videos from our time together. I have text messages, handwritten notes, and voicemails. When friends asked me if I wanted to get rid of his things so as not to be weighed down by them, my response was “no way.”

Everyone processes loss differently, and there’s no right way to do it. For me, it’s helpful to be surrounded by him in all forms—from his toothbrush and eclectic CD collection, to his old T-shirts and the foie gras he snuck back from France. The knit beanie he wore on our recent trip still, just barely, smells like him. I’m holding onto that scent for however long I can.

After his service this spring, the shock and noise finally wore off. It was closure for so many people who loved him, but the silence that followed was the hardest part. When everyone flew home and went back to their lives, I was left wondering what to do next. He was my best friend, my partner, the person I saw a bright future with. My weekends were suddenly free. Who would I text about the mundane parts of my day? How could everyone go on living their lives when this incredible human was gone? Returning to my routine was at first a helpful distraction, but then It made me angry. Some days I wanted to flip a table and cause a scene like a dramatic housewife on a Bravo show, and other days. I cried in public. In these past few months, I’ve cried in public more than I ever have. It’s often said that grief comes in waves. They manifest when you least expect them to. 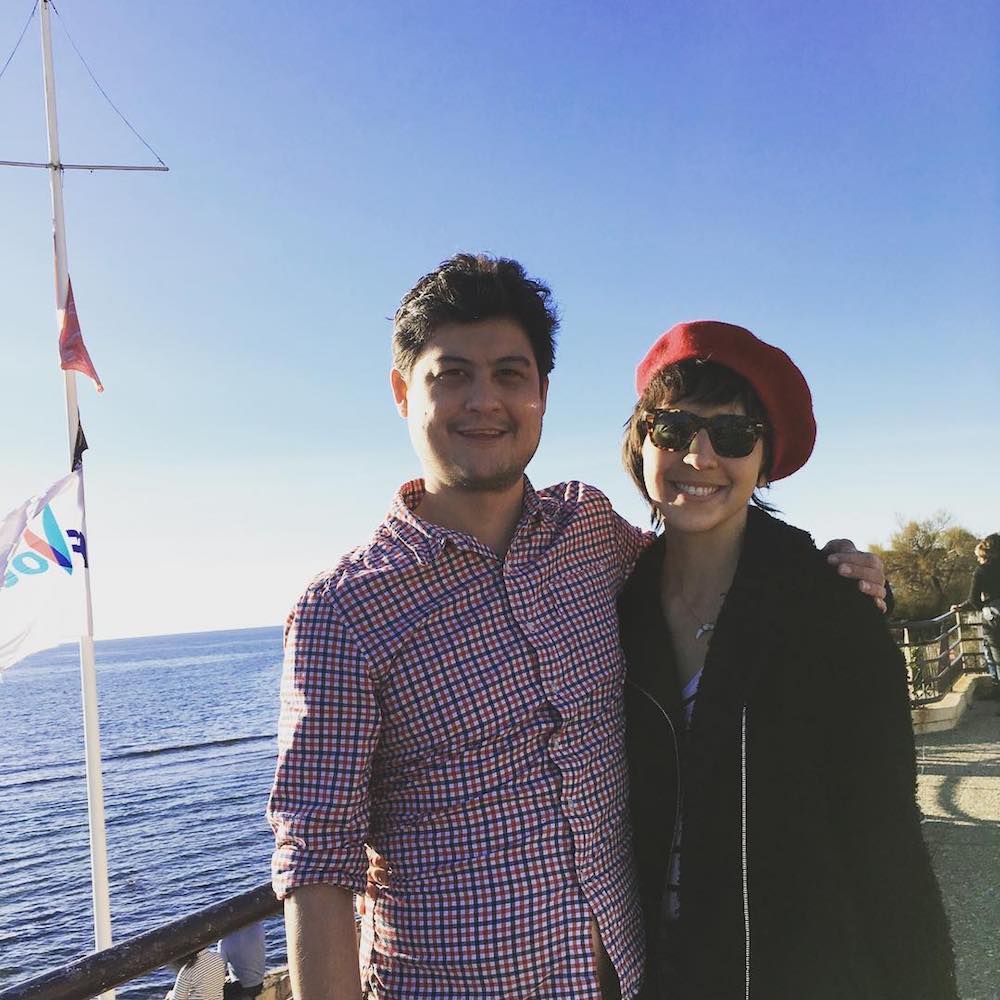 The losses I’ve experienced in my life have shaped me into who I am. With time, therapy, perspective, and an amazing support network, my head and heart are stronger now than they were when I lost my mom. I’ll always love Phil. I’m so grateful for the time we had together. He lived his life boldly, out loud, taking advantage of each and every day authentically. He was magic. It was a joy to be part of his world. Even though it was a short time, it was our time.