When Lorde shared how the making of her new single “Sober” came through, she shared that it came to her in an Uber. But lest you believe that the singer is picky about her transportation options, never fear. Lorde is a regular rider of the New York City subway.

For an interview with CBS, Lorde and CBS Sunday Morning’s Anthony Mason rode the F train. 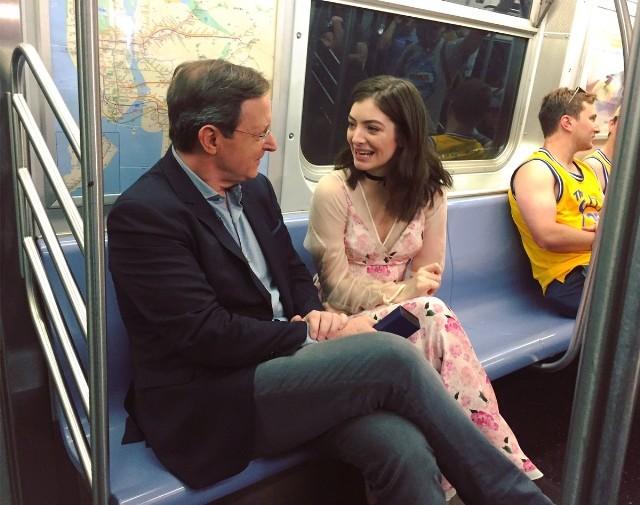 In the interview, she shares:

I wouldn’t have been able to make the record without it. I found it such an amazing space to kind of be around people.

Now, I don’t live in NYC. But I know enough people who do to know that this train is not normally a pleasant ride. According to Stereogum, the MTA has been having more and more delays and even straight-up missing trains. With that news, Lorde’s subway love gets cast in a different light. Maybe she’s just having a better experience than the rest of folks?

But alas, that’s not the case. Lorde responded to the tweeted version of that story with her own subway horror story:

"fun fact i got stuck on the F train for 4 hours late last year! and still my love endures "

Celebrity status is still no match for city public transportation.