Hilary Duff just gave us some not-so-subtle insight as to what the heck is going on with the Lizzie McGuire Disney+ reboot. In January, production on the revival halted when showrunner and OG Lizzie McGuire creator Terri Minsky was fired after heading up production on first two episodes. Since then, details have been sparse about when production will be up and running again, and fans have become anxious that the much-anticipated reboot is officially dead in the water. Duff took to her Instagram Stories on Tuesday, February 25th, and gave us a clue as to what happened with Lizzie McGuire 2.0. And it seems like Minsky is alluding to the same concerns.

Duff shared and circled a headline that reads, “Love, Simon TV Show Pulled From Disney+ as It’s Not ‘Family Friendly.’ Duff added, “Sounds familiar…” The exit of the Love, Simon series from Disney’s streaming platform occurred earlier this week, and it was quickly picked up by Hulu under the new title Love, Victor. According to Variety, Disney+ allegedly didn’t like the controversial themes explored in the show, such as alcohol use and sexual exploration.

Putting two and two together, we can only assume that Duff is saying that the Lizzie McGuire reboot suffered the same blow-back at Disney+. 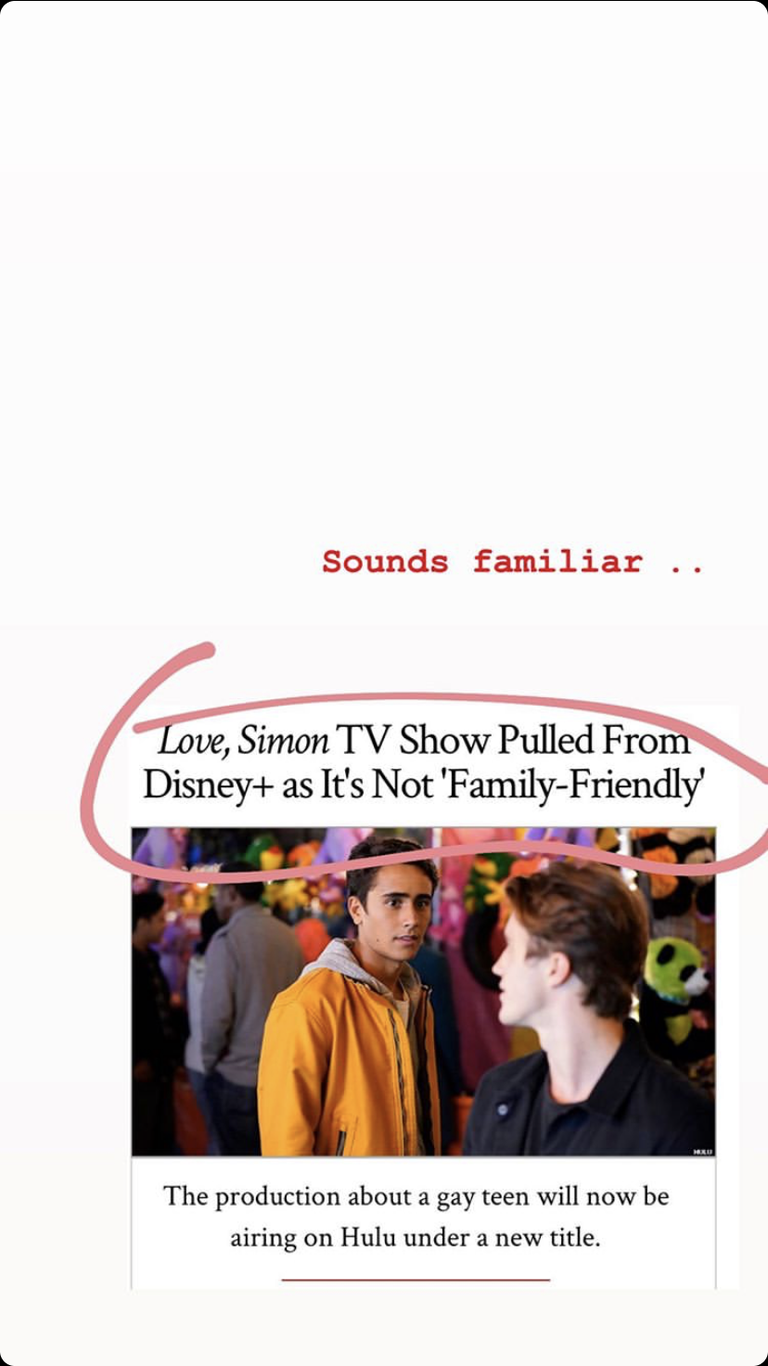 In a new interview with Variety, Minksy opened up about her departure and the hiatus for the first time. And she seems to be backing up Duff’s seeming narrative about her Lizzie McGuire‘s more adult themes.

"I am so proud of the two episodes we did, Minsky said. "Hilary has a grasp of Lizzie McGuire at 30 that needs to be seen. It’s a wonderful thing to watch. I would love the show to exist, but ideally I would love it if it could be given that treatment of going to Hulu and doing the show that we were doing. That’s the part where I am completely in the dark. It’s important to me that this show was important to people. I felt like I wanted to do a show that was worthy of that kind of devotion.

Her reference to Hulu recalls Duff’s post and the controversy around Love, Victor‘s move from Disney+ to Hulu. When Disney announced that Minsky would be leaving the show, it cited that the Lizzie McGuire revival needed “to move in a different creative direction” that would put “a new lens on the show.”

If we’re going by Duff’s two cents, it seems as though that “new lens” is a more “family-friendly” one.

With so much fan power behind this reboot, we’d be surprised if this was the end of the Lizzie McGuire revival. If anything, like Love, Simon, the show may be picked up by another streaming site if Disney releases it from its grasp.

Maybe we’re biased because we’re obsessed with Lizzie McGuire, but it seems that Disney may be shooting themselves in the foot by letting go of the show’s original creator and putting the entire thing on pause. We want to see Lizzie, Gordo, Ethan, and Matt reunite so bad, and we don’t care what platform we have to subscribe to in order to see that.