Holidays have taken on a new meaning for me since becoming a mom. After years of navigating the hustle and bustle of gift shopping and spending too many Christmases stressfully working retail, the magic of the holiday was lost for me. But now, with my son recently turning 4 years old, holiday joy is back again. It seems that, overnight, he is finally starting to understand the season. Previously, he’d only open presents at my prodding, sometimes seeming more interested in Thomas the Tank Engine wrapping paper than the gift itself. I was feeling apathetic about Christmas with a toddler who just didn’t understand all the hoopla — but now he’s finally ready to celebrate. And his timing could not be better.

For the first three and a half years of his life, we lived with my parents. The four of us were in a very small apartment in New York that felt too cramped for Christmas festivities.

This year, we have our own apartment in Southern California and can begin creating our own Christmas traditions.

For our first Christmas in our own home, we’re keeping it simple. I’ve decided not to place a lot of emphasis on Santa, though I won’t tell him that Santa isn’t real. I don’t want him to be “that” kid in school — the one who ruins Santa for everyone (and then all the other moms hate me). He knows that Santa brings him smaller presents, and that the bigger ones come from me, his dad, and his grandparents. (As a single mom and freelancer on a pretty tight income, I don’t want to perpetuate the belief that Santa brings expensive gifts.)

We’ll be leaving cookies for Santa together, a tradition I have always loved. My favorite childhood Christmas memory is fancily arranging Oreos on a plate for Santa every year. Now an adult who loves baking, my son and I will bake our own chocolate chip cookies for Santa and leave them next to a glass of chocolate milk on Christmas Eve. 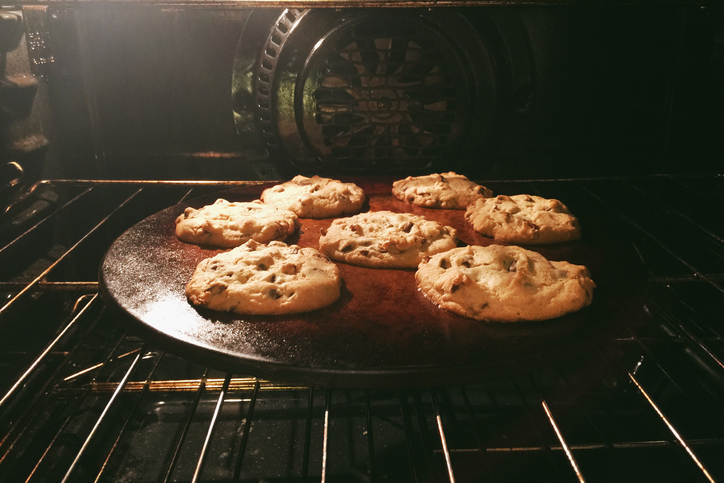 Since Christmas-themed media typically portrays the holiday season as a snowy wonderland and we’re in Southern California, my son doesn’t always believe it’s Christmastime. I’ve been pumping up the Christmas songs a little louder to create a festive atmosphere, and he’s actually started dancing to them. In fact, he’s been specifically requesting Christmas music. I’m thrilled he has embraced these songs because my most prized and consistent holiday tradition is indulging in holiday music. It magically transports me to a happier place, whether I’m celebrating in New York or Los Angeles.

On Christmas morning, his dad is going to come over, we’ll open some presents, and go see a movie (another holiday tradition carried over from both his dad and my childhoods). When we lived with my parents, we usually had Chinese food on Christmas — a tradition I may continue so I don’t have to cook.

More than anything, I’m planning to instill in my son the belief that holidays are magical, from anticipating gifts in the morning, to leaving cookies for Santa, to getting tucked into bed when he’s too excited to sleep.

I’m so eager to see his face on Christmas morning after he discovers that gifts have appeared. I can’t wait to sit in our pajamas and listen to Christmas music while he tears open the wrapping paper.