You know how it goes – your friend runs late to your lunch date, you’re waiting for your Uber, or you’re procrastinating on a project, so you scroll through Facebook, Twitter, or Instagram to kill time. Well, now LinkedIn is vying for those idle moments, in a big way.

The site many of us only have a profile on because we feel like we should, wants to become akin to those we use all the time, and with the changes they’re planning, it could very well be possible.

In fact, they’re changing so much it will be a complete “overhaul” according to Digital Trends: it will be the biggest revamp of the desktop site since LinkedIn’s creation, along with a new trending news feed and expansion of the current messaging features. LinkedIn says these changes have been in the works for a while (Microsoft did buy the company in June, and that may have played a part).

To get users to use the site even when they’re not actively searching for a job or sprucing up their resumes, LinkedIn will now feature an Interest Feed – basically a newsfeed crafted by both algorithms and editors to give you content you’d be interested in based on your profession, company, and location. 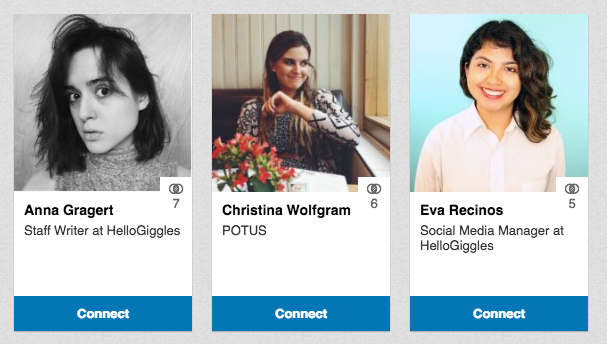 Tomer Cohen, head of content, search, and discovery products for LinkedIn explained of the Interest Feed, “We want to make sure you’re never missing out.

While we’re still a little skeptical that LinkedIn could give us FOMO, the Interest Feed does sound like it could be useful. The site is also striving to make its messaging feature more user-friendly by utilizing its mobile app to update messaging on the site – making it easier to communicate via messaging not matter how or on what device you’re using the site.

LinkedIn’s VP of product Ryan Rolonsky said of the messaging changes, “Since our new mobile app was introduced last year and the rehaul of our messaging platform, we’ve seen a 240 percent increase in the number of messages sent. We are [now] building on this momentum and offering an even smarter messaging platform.

Additionally, LinkedIn will be utilizing Microsoft’s bot technology to suggest links based on the person with whom you’re communicating and your previous activity. The bot can also do some personal assisting, suggesting meeting locations based on the data of all the parties involved, and syncing the event to your calendar.

Finally, the site is launching a new learning platform to help individuals and companies build their skills. There isn’t a launch date for the new site – LinkedIn simply says it will be available to users “soon” – but it’s coming and it sounds like whether or not we do end up scrolling through the site in our free time, we will end up with a shiny, easier-to-use LinkedIn.