I didn’t attend my local Pride parade this year. In fact, I haven’t attended any Pride celebrations since moving to this small Southwestern city, and to me, the month of June has seemed much gloomier than it used to. June brings out the LGBTQIA+ community and their allies, often wearing short shorts and waving rainbow flags to commemorate queer resistance and celebrate our existence. But I mostly want to pull a blanket over my head and hide out until it’s July.

Arguably, June Pride celebrations should be more important to me and my wife than ever. After all, we recently moved from a big coastal city to a desert town; we went from being one of three queer couples just in our apartment building, to one of the only queer couples that our new neighbors had ever met.

But here, the way we are treated as queer people is much more frustrating than we’d expected.

During our move, we noticed that the further South we traveled, the more times we received separate checks for our meals at restaurants. The servers rarely even asked if we’d be paying together, and instead set down a receipt in front of each of us for our individual meal. Each set of receipts contained an implicit assumption that we were friends or co-workers or sisters grabbing a bite. Usually, we’d laugh and each pay our separate bills with our debit cards tied to our joint bank account. Once we settled in to our new new home, however, I found these tiny microaggressions more and more grating. 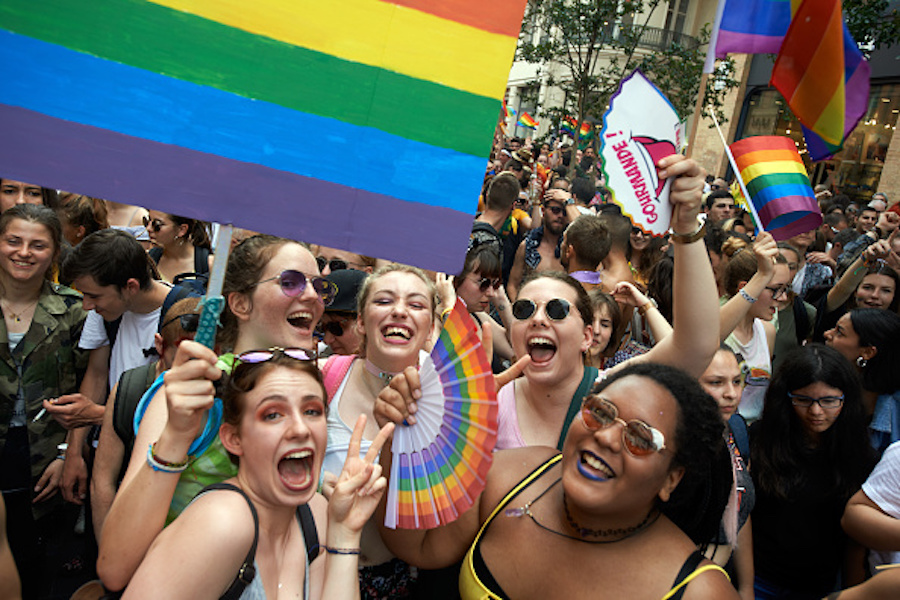 The dog owners we met at the park who insisted on asking, no really, whose dog is it, yours or hers, or the tedium of explaining, again, that yep, gay marriage is legal now became regular parts of my week. More than once, people have been downright flabbergasted when they realized my wife and I are married. One man barked, “What on Earth does that mean?” when I introduced him to my wife. The check will be together, I began preemptively seething at servers when they took our orders.

But more than the daily annoyances of existing as queer in a straight world, I found myself missing a queer community to commiserate with.

My wife and I can only complain to each other so much before it’s boring — and why rehash something degrading that we both just experienced? Instead, we absorb most of these incidents without comment.

It’s not that we don’t have friends, either. We have a group of lovely straight friends who are all uniformly dedicated to supporting and advancing LGBTQIA+ rights in our city. They show up to marches and planning committees and Pride celebrations, and they are unwavering in their support. In fact, many of the local queer events are attended mostly by straight allies who are eager to participate.

It was some of these straight friends who invited us to attend Pride with them this year.

When my wife relayed the invitation, I balked. I love our friends and usually leap at any opportunity to hang out when our busy schedules align — but the idea of spending Pride weekend surrounded by straight people gnawed at me. It wasn’t that I didn’t want them to celebrate Pride, and it wasn’t that I don’t adore them. But standing on a street corner surrounded by rainbow flags and straight friends would only remind me of what I was missing: other queer people. 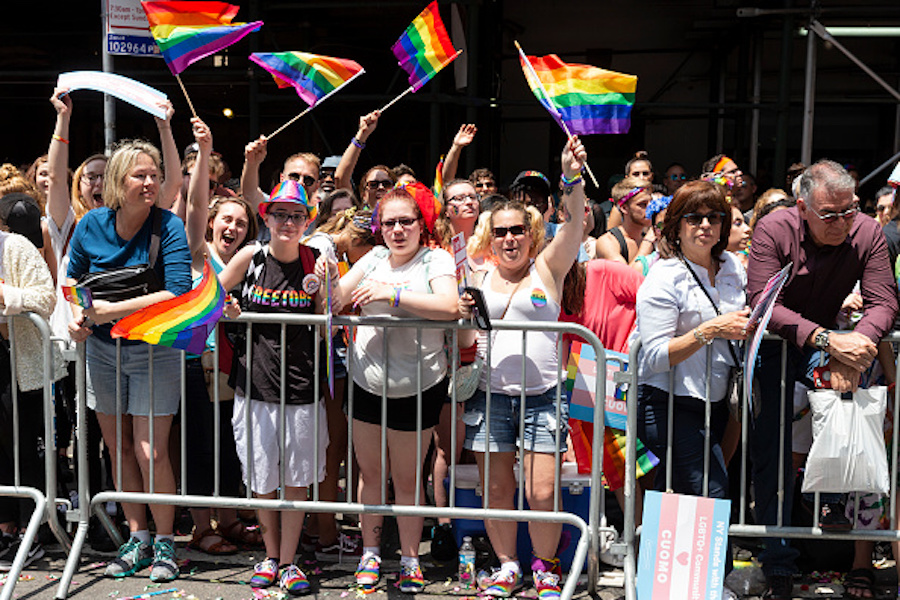 I spent so long in high school being left out and feeling lonely as a queer teenager who hadn’t yet figured herself out. Coming out and surrounding myself with other queer people felt like finding my way home. I was able to connect with so many other queer people in my daily life that I began to take them for granted. When my wife and I moved, I simply assumed that we would find new queer friends to invite over for The L Word marathons or taco night. But so far, we’ve been out of luck.

And I’ve never felt that loss more acutely than I do now, during Pride season, when parades and parties give me a glimpse into how things could be. The reality is that the queer population here is extremely small, and these festive June events are attended mostly by straight community members who want to support the LGBTQIA+ community — or who just really love parades.

This year, I realized that I didn’t want to attend the parade or go to a party. Instead, I want the recognition that comes from sitting in a room with other queer people and laughing about being forced to split checks or trying to explain to your doctor that you don’t have a husband even though you’re wearing a wedding ring. I want everyone, of any sexuality, to enjoy Pride celebrations, but the truth is that straight allies are not enough to replace the sense of recognition that I feel from other queer people who can see all of me.

For some of us, June Pride season is a reminder that being queer outside of major cities can still be lonely and daunting, even with an annual parade.