Emma Stone celebrated her Oscar win with Becca from “Superbad”

There’s, like, a really ridiculous amount to talk about after the 2017 Oscars, but one thing about the Oscars and La La Land we think we’re not talking ENOUGH about is that La La Land star Emma Stone pre and post-gamed the Oscars with an old Superbad costar, Martha MacIsaac. We love any hint that our fav actors are friends on and off the screen, and to pair that with a hit of good ol’ Superbad nostalgia? It’s TOO MUCH. It looks like Emma Stone was hanging out with MacIsaac and other friends, Ahna O’Reilly and Sugar Lyn Beard, before the Oscars, which was already adorbs…

…but she also stopped by after she won an Oscar to hang with her gal pals. We love that Emma Stone and Martha MacIsaac remained friends after all these years. Plus, a reunion of Jules and Becca in 2017? WE’RE SO ABOUT IT.

That’s Martha on the far right.

And in case you forget, this is what they looked like back in the day, WOW. We really didn’t think it had been that long since Superbad came out, but news flash: it’s been an entire decade. 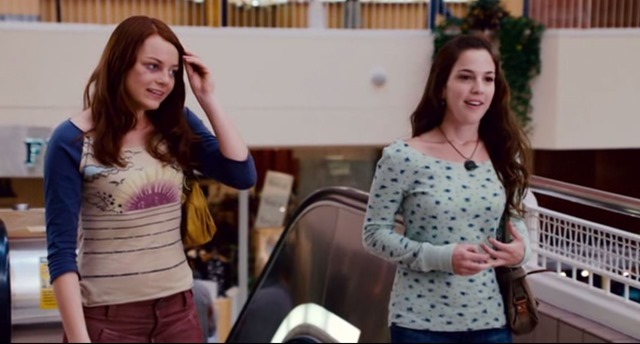 Obviously, we’ve been stalking Emma Stone’s career since Superbad, but what about Martha MacIsaac? Turns out, she’s been acting pretty consistently, grabbing recurring roles in shows like Greek and Family Guy. She also has a really freaking adorable dog.

As always, we’re on the prowl for invitations into super cool girl gangs like this one, so Emma, Martha, if you’re looking to add to your #squadgoals, give us a ring!