How my breastfeeding struggles contributed to my postpartum depression

My mom bottle-fed my sister and me when we were babies. This on its own wouldn’t be remarkable, but an undiagnosed cornstarch allergy caused my sister to become dangerously ill as an infant. Instead of receiving nourishment from the formula, the allergy was causing her to lose her hair, break out in rashes, have stomach problems and sleepless nights, and be malnourished. This went on for months before doctors or my parents discovered the culprit. When my parents realized that cornstarch was the common denominator in all the baby formulas they used, my sister stopped drinking them and was was able to improve.

This horror story—and my meager finances—is why I decided to breastfeed once I was pregnant with my first child. I was lucky enough to be gifted a portable breast pump and milk storage equipment from baby shower guests, and I was also incredibly determined to make this work. I had very complicated feelings about motherhood because of my relationship with my own mother, so I couldn’t allow any failure on my part. I started off motherhood extremely sleep deprived. Breastfeeding wasn’t fun, and—to be real—my nipples were not prepared for the nightmare they were about to endure.

Still, the six weeks I spent at home lazily nursing my sweet, little son were more blissful than anything else. I’d lie in bed with him—tracing his delicate features with the tips of my fingers while he slept—and when he was hungry, out came his food source. I’d let him eat until his tummy was full and then get back to cuddling.

Pumping was simple during this time too. While his dad or grandparents were busy fawning over him, I pumped. I wasn’t making as much milk as I hoped, but it was enough to start freezing some to prepare for my return to work. I knew that if I kept at it, it would get easier. 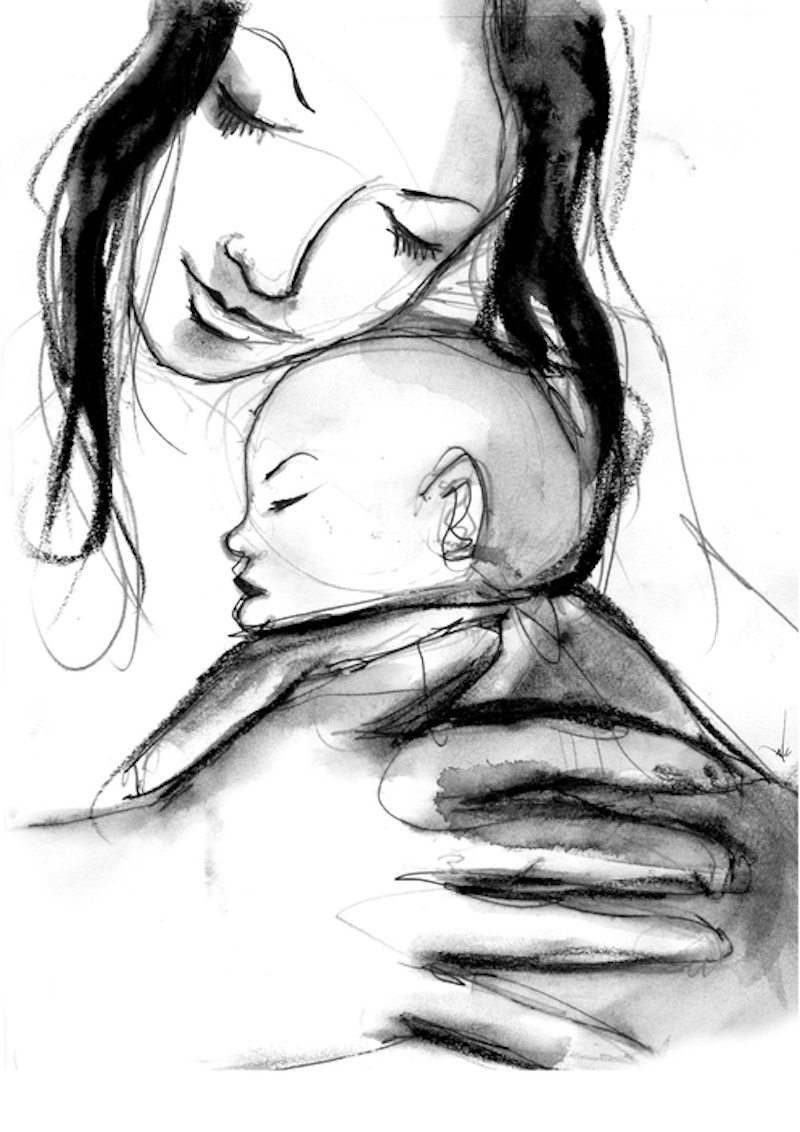 I had my pump, I had my milk storage equipment, and I had my plan. As much as I loved being with my kiddo, I was itching to go back to work and was prepared to take breastfeeding to the office. Millions of moms do it every day, so how hard could it be?

Apparently, ridiculously hard. Before my baby was born, I was a workhorse. I dealt with HR issues like hiring and discipline as well as day-to-day operations. I worked through breaks and lunches. I stayed late and came in early. I multitasked like a pro.

When I returned after my maternity leave, I felt pressure to live up to those same work standards I held before the baby.

I found myself pushing my pumping breaks to later and later in the day. My breasts would swell and become engorged with milk. I started wearing breast shields to prevent leaking through my shirt whenever I heard or saw a baby. There was no dedicated place to pump at my job, so the bathroom or my car had to make do. While there’s nothing more natural than feeding my child, it felt totally unnatural to sit in the bathroom stall, listening to the loud, rhythmic suctioning noise of my breast pump as it extracted his next meal.

This less-than-ideal situation eventually caused my milk to dry up. After nine weeks, my son had to rely heavily on formula. I wasn’t anti-formula at all, but I mourned that lost time with my son. The intimate moments, the skin-to-skin contact. Losing these interactions—along with increased sleep deprivation and the stress of returning back to work—threw me into a horrible case of the Baby Blues.

This postpartum depression would go untreated for years.

My second pregnancy wasn’t any easier. I felt extra guilt because my doctor ordered light duty and bed rest during a bulk of it. Once my daughter arrived, her birth was followed by the same blissful six weeks and eventual chaotic return to work. I tried hard to redeem the devoted employee reputation I had before pregnancy. I didn’t even want to make time for pumping, so when my milk finally dried up, I was both relieved and, once again, guilt-ridden.

My guilt over no longer breastfeeding my daughter added to the depression I’d been ignoring since my first pregnancy. What was a beautiful experience became a burden.

Disgusted by that feeling, I approached breastfeeding my third child with renewed vigor. Our time at home was like a waking dream, and my two older kids were able to share in the experience. The bonding we experienced during that time is irreplaceable.

I also hoped that work might improve, too. With the introduction of the Affordable Care Act, dedicated pumping rooms were now a requirement—I’d no longer have to sneak away to my car. I was even taking my regular breaks to pump. I passed the nine-week mark and felt a sense of success. I could do this. It was hard, but I could do this.

But a week later, after a particularly terrible day, I had to push back all of my breaks. I was swollen, sore, sad, and in desperate need of the pumping room. Exhausted, I settled in, set up, and started on my first breast, finally finding relief.

Suddenly, the lights went out.

The pumping room’s light switch was outside the door, and someone had turned it off. Defeated, I pumped in the dark, breaking down into tears as the suction continued its rhythm. Shortly after, I decided to stop breastfeeding. I took a prescription medication to help my milk dry up.

Months later, I took a medical leave for extreme anxiety and depression.

When I saw a therapist, she discovered that my untreated postpartum depression was a factor in my mental break. The stress and guilt I felt from failed breastfeeding only added to it.

Breastfeeding is hard. It’s emotionally and physically draining. It’s time-consuming and demanding. It’s inconvenient and messy. With the necessary equipment, it can be expensive. Society doesn’t always accommodate breastfeeding parents, and mothers are forced to adapt to ridiculous standards.

But it’s also fulfilling. It’s warmth and bonding. It’s love and comfort. It’s touch and memory. It’s a time that I would not trade for the world, and would give an awful lot to get back.

I’m still working through the depression and anxiety I live with. The mommy guilt will never go away, but when I think back to those breastfeeding days, my thoughts focus less and less on the misery. Instead, I remember sleepy days in bed, cuddling three little babes, and giving them all the love they needed. Breast or bottle, I think any mom can relate to that.