Why I regret rushing into graduate school

I’ve always been college-bound. I can’t remember a time when going to college wasn’t the path I was scheduled to take. So when the time came to enroll in a university, I took out loans, ignored the high-interest rates, and signed my name on the dotted line because that was what I was taught to do. Then, four years later, I found myself staring down the barrel of college graduation and accumulating debt—but, unlike before, there was no immediate future plan laid out for me.

Graduation is supposed to be a time for reflecting on your accomplishments, but too often students are faced with questions about what they’re doing next. In today’s culture, that next step often defaults to more college and more debt. When I got my degree, I was overwhelmed by the uncertainty and possibilities, so I applied to graduate programs that I was barely interested in. I knew how many of my friends were pursuing further education, and I didn’t want to be left behind. I never stopped to consider whether that choice was even right for me. This stress plagues many graduating students, and society’s tendency to push college as an always-sensible choice isn’t helping.

Tina Seelig, Stanford University professor and author of What I Wish I Knew When I Was 20, agrees that this limited lens of thinking does many a disservice. Seelig says, “Unfortunately, the story that college is the logical next step for all high school students has crept into our culture. It is an easy story to tell, but it doesn’t take into account each student’s interests, skills, and goals.” I felt this pressure, even with one degree already under my belt. Well-wishers told me, “Congratulations. Now when are you going to go get that Master’s?” I understood that, for the most part, they may have been joking, but the expectation was there nonetheless. Like so many students, current and prospective, I had been fed the idea that finishing college would solve all my problems. 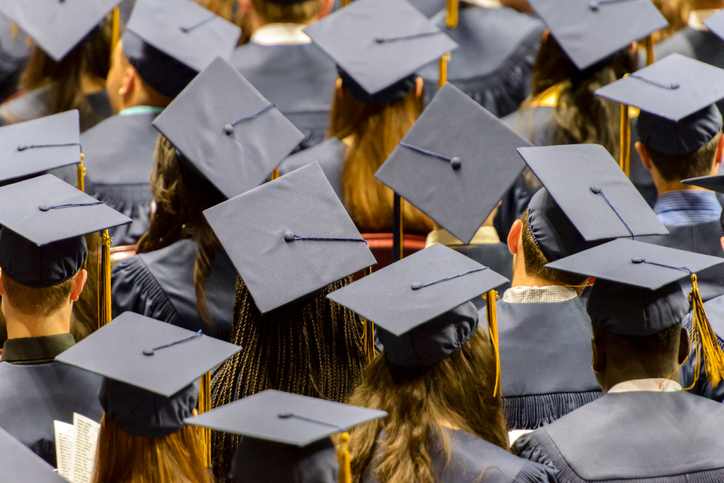 College has been pushed as a one-way ticket towards the American dream, a steady job, and financial stability. The growing reality is that obtaining a higher education now often leads to low-paying wages and crushing student debt, harming one’s mental health—all thanks to exploitative employers, increasing tuition, and corrupt administrators and loan providers.

People’s immediate responses to student debt statistics is often to condemn those who took out the debt in the first place, citing irresponsible behavior. But with college costs increasing at almost 6% per year with no sign of slowing down, college could very well cost half a million dollars by the year 2035. At that rate, only the most elite will be able to afford college. And even now, the cost of attending a state university is already unattainable for many, disproportionately so for people of color, the disabled community, and other minority communities.

College is—without a doubt—a privilege, and I was privileged enough to attend. But I can also personally attest to the fact that, every month since graduation, I put hundreds of dollars towards my loans, yet barely scratch the interest that accumulated while I was in school.

“This is a huge problem.” says Seelig “It is critically important to understand how much debt you are taking on and the future consequences. It is wiser to go through school more slowly, working along the way, than to accumulate crushing debt that will lead to ongoing stress and pressure years after you graduate.” 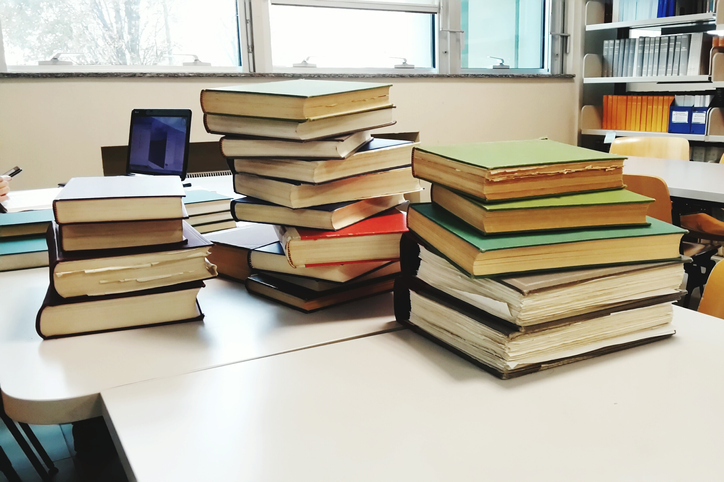 Only a few months after completing undergrad, I started my next degree and moved into an apartment closer to school. My classmates were excited about small errands like picking up textbooks and printing out schedules, but I was filled with a sense of apathy that I’d never experienced before. It didn’t take me long to realize that I had made a mistake. I’d put myself into more debt because I was, above all things, uncertain about my future and feared life outside of the structure of school. It would have been comforting to know that I wasn’t the only student there who felt this way.

“With so many options today, it’s extremely anxiety-inducing for those unsure about what they will do.” says Amba Brown, author of Finding Your Path: A Guide To Life & Happiness After School. I can definitely relate to this. When I graduated, I was over the moon, but at the same time suffering from severe panic attacks and generalized anxiety.”

I started graduate school in September. It took me only until the end of October to realize that my program wasn’t working for me.

For decades, college education has represented the key to a better life, whatever that means to the individual. It’s sold as a cure-all for financial struggles; it’s the resume builder that will land you your dream job; it’s the answer to that terrifying question, “What are you going to do now?” But as times shift, so do the opportunities made available to us—and so do the financial difficulties born from paying college tuition.

I eventually did return to grad school, but only because I genuinely wanted to and I knew exactly how it would help my career. Before I reentered academia, I waited until I found the right program for me, and I waited until I was accepted into that program. So to all those soon to be wearing a cap and gown, now is the time to start considering what next steps actually make sense for you and your future—regardless of what you’ve been told about college. If you don’t know what you want to do next yet, that’s fine too. Graduations are supposed to be about new beginnings—take time to find your own.