Oh no! This mom bought her teen a shirt she had no idea was VERY sexually graphic

The ~cool moms~ of the universe deserve all our love and support — especially when they try so gosh darn hard to make their daughters happy, but they make a slight error while attempting to prove how much they adore their kids.

Such was the case between between U.K. teen, Katie, and her mama — an innocent but absolutely hilarious instance of gift-giving gone awry.

First, you should know that 18-year-old Katie’s mom is, in fact, a cool mom. As Katie tells BuzzFeed, they are “best friends”:

“We tend to joke around a lot together... I wouldn’t say she buys me things a lot... But if she sees something while shopping and she thinks I’d like it she would get me it, which is sweet.

During a shopping trip, Katie’s mom spotted a Vivienne Westwood t-shirt adorned with what she assumed was merely an intricate and stylish gold print. 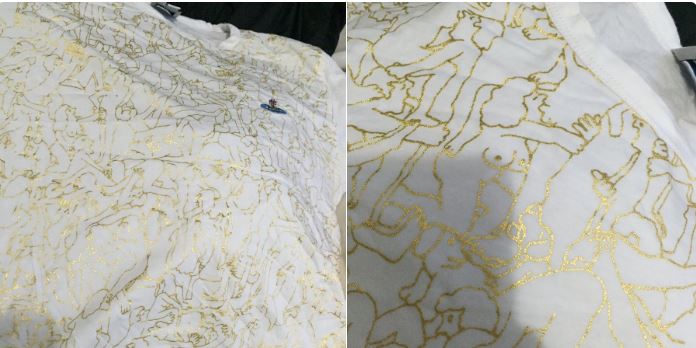 Did you take a closer look? Why don’t you try again… Give up?

Amused to no end, Katie Tweeted a photo of her mom’s gift — especially since she noticed the sexually explicit design as soon as she got a look at the shirt. People are cracking up, and it has been retweeted more than 3,000 times. And Katie got back to her followers to let them know she wore the shirt out:

As for Katie’s mom, she is super into her new internet fame. Katie told BuzzFeed:

It really was an honest mistake — bless her heart!