About a year ago, I picked up my first deck of tarot cards. If you don’t know, tarot cards are medieval “playing” cards that have become more repurposed toward seeing ever-so-slightly into the future. They act as more of a forecasting tool than a definitive “yes/no” answering service.

They’re mysterious, and they seem tricky. Somehow, I’ve discovered, they have an uncanny ability to connect with people, or through people, and shine a light on what you’re truly asking. I was curious to start learning more about tarot, so I studied the guidebook constantly, made myself flashcards, and even sought out more books to try to learn more about the practice. And while a deck of cards may seem like nonsense to some, learning to read tarot cards really did help me connect with a lot of amazing things. For instance:

1. The simple act of wanting to learn something new is important.

As we get older, we get more and more stuck in our ways. (Personally, that’s totally fine with me. I like being crotchety and comfortable.) Particularly once we leave our school years behind, it doesn’t seem like we need to pick up new skills or hobbies. But I guess I’m curious. And maybe I was stuck in a bit of a personal rut for a while, and I felt like I hadn’t done anything new or exciting in quite some time. Enter tarot. It’s not hard to pick up a deck of tarot cards and a book. You don’t have to enroll in any courses or find yourself an instructor. You get to go at your own pace and learn an entirely unique skill. It’s painless to try something new. I think I’d forgotten that. 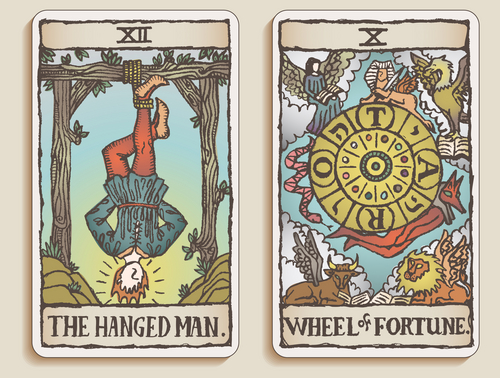 2. Tarot taught me to pay attention to my intuition.

Yes, there are some agreed upon rules of tarot, mostly what the cards approximately mean or what certain colors could represent in the art. But reading tarot cards is a very personal endeavor. It’s sitting down across from someone and opening your heart truthfully to them. A question is asked, and an answer is received. Being a tarot card reader means you have to be open to many different kinds of people and circumstances; no two questions will ever have the same answer. You have to rely on your gut to help you interpret the cards and what they’re trying to communicate at that point in time. More often than not, I’ve been able to help people along their journeys. My readings pick up on things my friends haven’t even filled me in on, especially if I’m doing a reading for a total stranger on the internet. I always say that the tarot tells you what you have to hear, even if you didn’t ask it precisely.

3. I might just have some angels hovering around me, right now.

I have a favorite tarot reader in New York City. She’s kooky and great and I recommend her to all my friends. At the end of one of my readings, she gave me time to think of one final question she could ask the angels. (She chooses to communicate mostly with the archangel Michael when she does her readings. Don’t ask.) All I wanted to know was if “the angels” had a final lesson to show me that day. My reader laid down a card, saw one of the kings of the tarot deck, and asked if I had a grandfather who had passed away. I told her I had not; none of my close family members have died, and I’m quite lucky and thankful. She pondered this. She then laid down a second card, and mentioned that whoever that angel is, they’re very friendly toward me and would come in an instant if I needed them. The third card she laid down reiterated the friendly quality of the spirit. Perplexed, she laid down three more cards; all of them were court cards, like the first. Aha! She understood now. She explained that I simply had many spirits around me, and that if the whole world knew how many angels were around all the time, that no one would ever feel lonely. Here is where I understood that maybe this is why I’ve been pretty successful in my tarot readings. Super helpful spirits are around me, guiding my intuition, and putting their good juju into my cards. 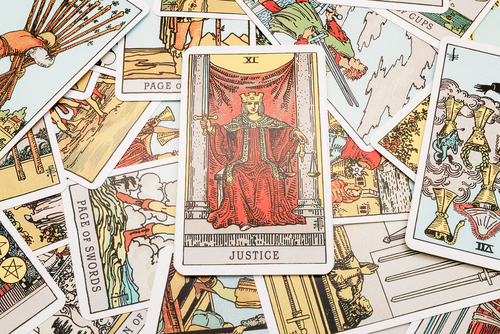 4. Definitions and connections can be fluid.

One of the most recent books I’ve picked up along my tarot reading journey is The Creative Tarot. If you’re a writer, or an artist, or a musician or anything along those lines, this book might help you connect with the cards in a whole new way. It gives some really great details into the history of tarot, and this book also explains each card in a way I’ve never even heard of before. The author equates the cards to songs or poems or paintings, some form of art. She gives you tangible things to go and research, which helps cement the meanings of the cards in your mind in a totally fresh way. That’s one of the most exciting things about tarot! It can seem so archaic, since it dates back to basically the 1400s, but the meanings surrounding the cards can change and adapt if they need to. New meanings could pop out at you all the time. This just helps tarot readers remain flexible and understand that we don’t always know everything! Even with some set rules, the tarot is a moving beast that we can have fun catching up with.

I might take tarot very seriously, but at the end of the day we’re just interpreting playing cards with pretty pictures on them. How serious can that be? But what the tarot helps me remember is that we’re all in the same boat. Humanity, I mean. Doesn’t everyone just want some answers? Wouldn’t we all like a little more guidance in our life? Or just an outside perspective from someone, or something, who isn’t biased? Our friends might just tell us what we want to hear, or they might get a little too real with us. With the tarot, however, it’s impartial. It just wants the best from you, and the universe wants to reward you. So by seeking answers, asking for help, and keeping just the slightest bit of an open mind, a lot can come to you. Keeping a playful spirit around you is important for tarot, even if you’re dealing with some heavy stuff. Remain curious! Remain hopeful but keep your feet on the ground. That sense of seeking, of wanting to learn, is incredibly important. We should all be so lucky to hold onto that part of our selves.