The emotional terrorism of the teenage years is peppered with few consolations — mostly milestones adorned with overblown, under-delivering titles: “The First Kiss.” “Sweet Sixteen.” “My First Time.” “The Talk.”

That last one I missed, though…“The Talk.”

A few months after the dreaded arrival of my first period, my mother passed away — leaving me to fester in a hormonal hellfire that could only be ebbed by hours in the batting cage or all-night Joy Division listening parties hosted by my discount-priced stereo.

What should have been a year chock-full of sexual discovery clichés and banana-condom demonstrations devolved into an annal of bereavement. 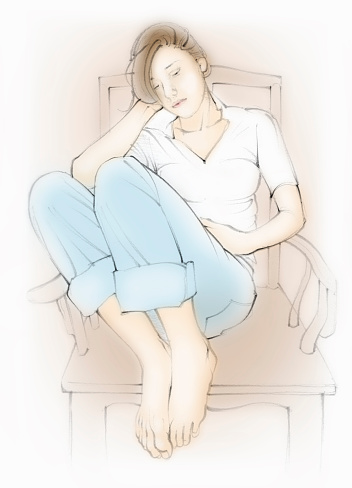 Sex was never a viable topic of conversation in my family, a group of well-meaning Irish-German stoics who rarely offer a glimmer of emotion in the public forum, let alone a display of affection. The subject of sexual health was never a full-on taboo, but it was by no means on the Jeopardy board — leaving unanswered questions and nagging curiosities hanging in ideological limbo.

When it came to demystifying the gray area between girlhood and womanhood, my resources were sparse.

School offered no consolation; my public high school may have been top-ranked in the Hoosier State, but the sexual health curriculum only entailed ten minutes of a turtle headed basketball coach’s time. Because how could he be torn away from his highlight reels to educate budding young burgeoning adults on things like bodily autonomy and consent? 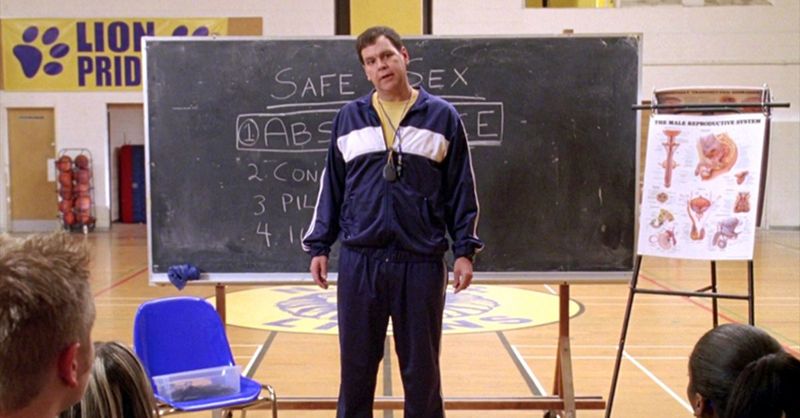 Without recourse, my scant knowledge and understanding of sex was parsed from silver screen love scenes, repeated reads of Seventeen magazine health columns, and baseball analogy-laden exploits of my girl friends.

I fumbled my way through the high school dating pool in order to avoid the topic of sex, instead opting to work on my curveball, take photography classes at the Arts Center, or work at my dad’s health club. I was making no room for a world that I knew nothing about. But life, as it is wont to do, finds a way.

It wasn’t until I moved to Chicago for college that I realized that my body is not a machine — it’s a home whose visitors I can pick and choose; but at the end of the day, it’s my responsibility.

I fumbled through awkward hookups and knew the basics of protection, but I still felt like a stranger in my own body — a discord that was only intensified after being sexually assaulted by a friend. I had completed my sexual baptism by fire, and it was time to find a new church: Planned Parenthood.

Like most things revolving around sexual health, my awareness of Planned Parenthood revolved around pop culture — from teen pregnancy story arcs to the nail-biting drama of HIV tests.

But it was time for me to play the lead in my own story, to finish the work my mother was never able to start. Desperately bewildered, I pinned down the nearest PP location through a search on Yelp.

I stammered through an intake call, flubbing through the most basic questions and eventually admitting to the sugar tongued receptionist that I barely had an idea of how my insurance — let alone my uterus — worked.

A few days later, I made my way to the appointment, my thighs jitterbugging against the coarse El Train seats. I was terrified to learn about the inner workings of my body, what may be wrong with me, what damage may have already been done. All I knew upon walking through the plate glass door to the waiting room was that I’d be one step closer to reacquainting myself with a body that barely felt like mine anymore.

White-knuckling an iced coffee sweating drops of condensation onto my bare legs, my nervousness subsided as I scanned the room.

This was one of few safe havens for women in this city, where we could take pride in our shared narrative of the struggle that it is to be a woman — to be a human — in this world today.

We were all sleepy and hungover and just trying to get our shit together enough to make it to tomorrow. Sometimes, I think about the women I didn’t see in that waiting room. The ones who needed to be there more than me.

I spent the rest of the morning being tested for HPV and pregnancy and whatever other hellfire plagues are supposed to rain down on you after imbibing on premarital sex, according to the protesters staunchly planted at the building’s entrance.

I learned about the bevy of birth control options available to me, mammograms, and all of the things that I imagine “The Talk” entails.

It may not have been the fond mother-daughter moment I always hoped for, but I felt a guileless girl in my heart grow quiet. Planned Parenthood finished the work my mother was never able to start, and for that I am thankful.

My body is not a battleground, but the GOP seems to think otherwise. While my mother was never able to tell me how to take care of my body, I know she’d want me to fight like hell to protect it.