The danger of using fitness trackers

How can we track our health? Let me count the ways. Rings, watches, necklaces. Apps and scales. Mirrors. Chips under our skin (one day).

More than 40% of adults in America use fitness trackers, and millions of Americans use fitness-tracking apps. While growth has waned from the staggering 330% gain the fitness-tracking industry saw over the past few years, the number of users is still climbing. With that kind of data, you’d think we’d be the fittest country in the world. But among the diet burnout and abandoned fitness goals that keep users from making gains, fitness trackers can reinforce body-image issues and unhealthy fitness obsessions. One study found that for some users, these trackers can do more harm than good — they have the potential to trigger eating disorder symptoms.

Suddenly, you’re restricting your meals. Canceling brunch to workout. Feeling anxious if you can’t track the calories in that salad you just picked all the croutons out of. And if you can’t enjoy the croutons (arguably the best part of a salad, behind the cheese), it’s time to rethink your relationship with your fitness and health tracker.

Not everyone who uses a fitness tracker will experience negative effects, but those with a history of unhealthy body image or previous eating disorders need to be cautious. 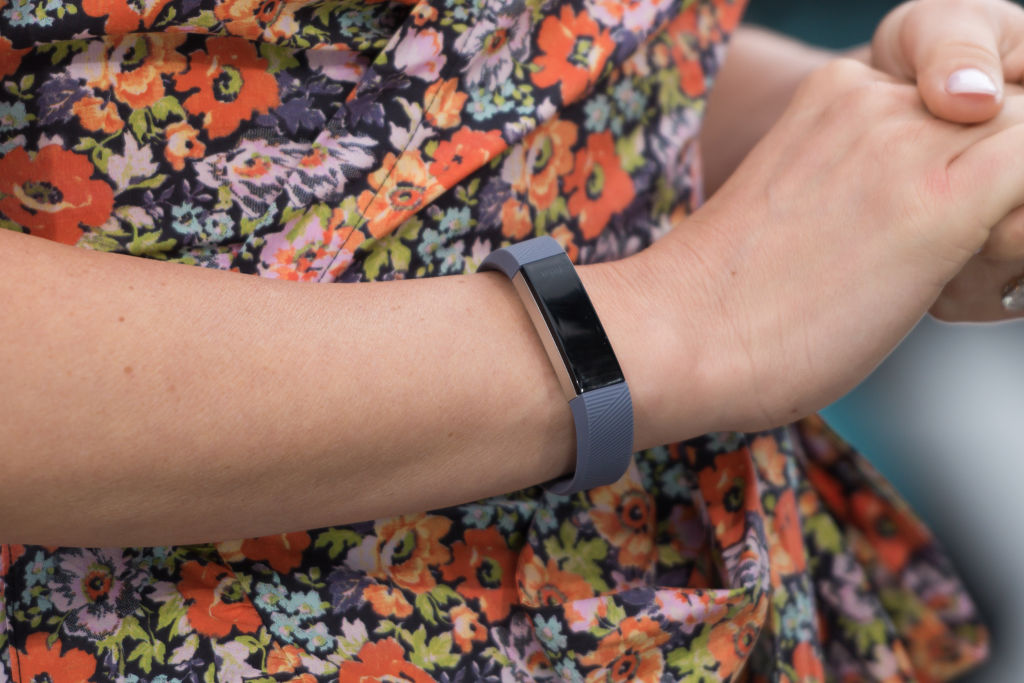 “People can become obsessed with meeting goals that are set forth by these trackers — they might be step counts, calorie limits, or number of pounds lost per week. People can go to extremes to meet these goals and become really down on themselves if the goals aren’t met,” Catherine Silver tells HelloGiggles. Silver is a psychotherapist in New York City who specializes in the treatment of eating disorders and body image issues, and she spoke with HelloGiggles over the phone about the dangers of relying too closely on fitness trackers.

For one, the success or failure of each day starts to be determined by the success or failure of the fitness goals, Silver says, which begins a rhythm of highs and lows. This ultimately leads to “a cycle of restricting and overeating and binging.” Some might construe a day over the calorie goal as a day wasted — and therefore an excuse to eat recklessly until the next day, when drastic calorie restriction can begin.

While extreme calorie restriction or excessive workouts are obvious signs that someone might have an unhealthy relationship with their fitness tracker, other indicators include: obsessively talking about these trackers, constantly checking daily progress, or becoming consumed with meeting the goals “that are forced by the system.”

The most important thing to consider? “If the idea of not having [the fitness tracker] is causing any anxieties, that’s a huge indicator that it’s not a healthy relationship,” Silver tells HelloGiggles.

Then there’s the danger of relying too much on outside factors to determine your health. Because a fitness tracker causes you look at your body from the outside in, rather than from the inside out. 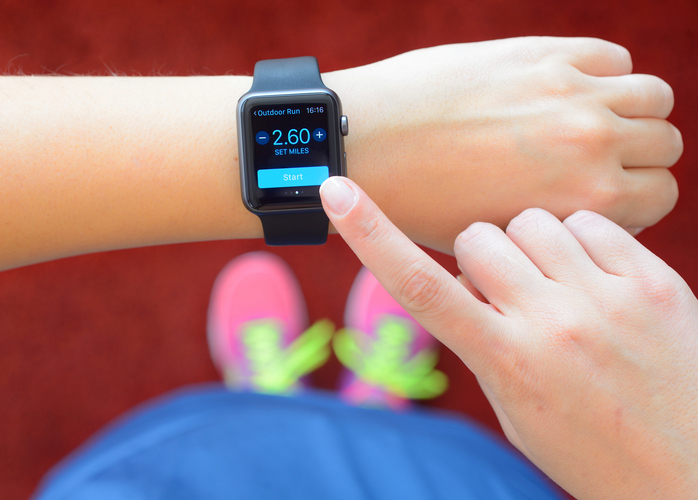 Entering your height, weight, and activity level isn’t enough to create a health goal, even if this technology says otherwise. Silver tells us that these apps don’t consider other information, like medical conditions or your natural build. Because of this, the goals set by the app may not even be realistic (or safe) for a person to strive for.

Due to the “outside in” nature of fitness trackers, Silver warns that these platforms can lead to a lack of mindfulness. Instead of listening to your body and following its natural cues, “people start to follow what the app is telling them to do — either with their intake or the amount of exercise they are doing — rather than listening to and honoring what their body is telling them,” she says.

A fitness tracker can bring about healthy habits if you use it right, but if you think you have an obsessive relationship with your tracker, Silver says you’re probably right. If you feel like your fitness tracker has become more of a burden than a health tool, Silver’s advice is succinct:“Get rid of it.”

That’s not to say you shouldn’t be taking care of yourself, but rather you should be thinking about what health means to you. Silver’s last bit advice is golden: