Just because they’re animals doesn’t mean they don’t like taking a selfie or two. One chimp in Kenya stole a camera from The New York Times, and that’s exactly what ended up on film. (Turns out, the chimp was a pretty good videographer as well.)

It all took place at the Sweetwaters Chimpanzee Sanctuary in Kenya. Sam Wolson, a photographer from New York Times 360, had left a hidden camera near the pen where a few clever chimps were hanging out. One chimp in particular actually used a stick to dig it out, proving that these monkeys sure are clever.

Looking at the two monkeys innocently smiling into the camera is one of the cutest things we’ve seen today. (And we’ve seen a lot of cute things.)

It’s just a shame it wasn’t a point and click camera, since we’re sure that the chimps would want to decorate their pen with a few fun photos.

Aside from the wide smiles, our favorite part of the video has to be what happened after 25 minutes with the camera: 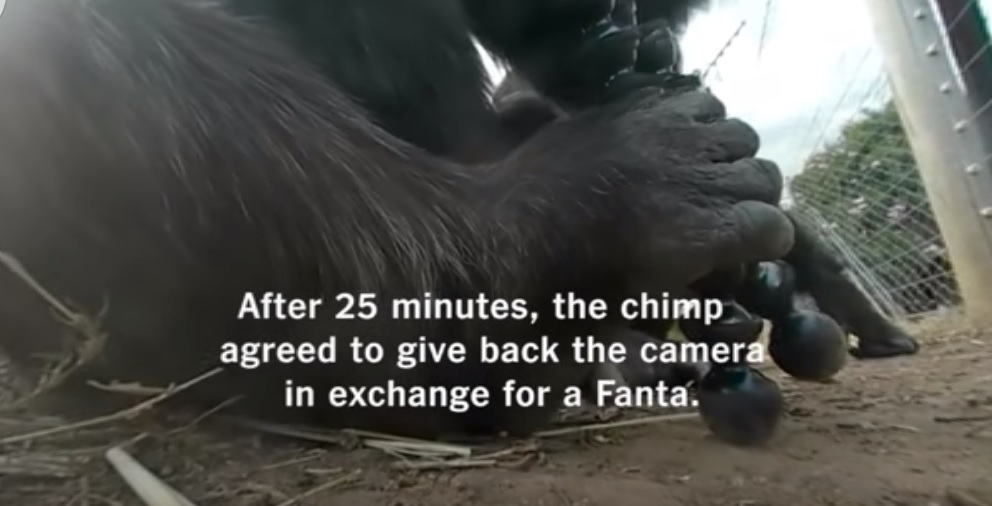 Looks like a chimp will totally cave for the right beverage! Who knew? (We have to admit, we would have loved to see the staff try and negotiate with the pair.)

So, lesson learned? You can’t hide anything from a chimp.