There are those self-truths we hold to be evident within ourselves. Those weaknesses we make peace with because accepting what we “lack” is far less volcanic than regretting what never was. My truth had been that I would never be a strong woman. I did not think I had what it takes — resilience in the face of adversity, confidence in the face of doubt, love in the face of oneself. Rather, I felt weak. I allowed my anxiety to break the bridge between myself and the world, to bury it beneath leagues of salt water. I closed myself off to experiences, stood by the seaside and looked to those on the far shore. I did not think I was worthy, believed I would never be strong enough, and accepted that as that.

My definition of a strong woman was visual: It was Beyoncé. Someone who could be herself and then some. A woman whose body was a vessel for power, whose skin and bones seemed to contain all of humanity. I always thought of her as the type of woman who could build and destroy, and truly felt that I would never be that woman. 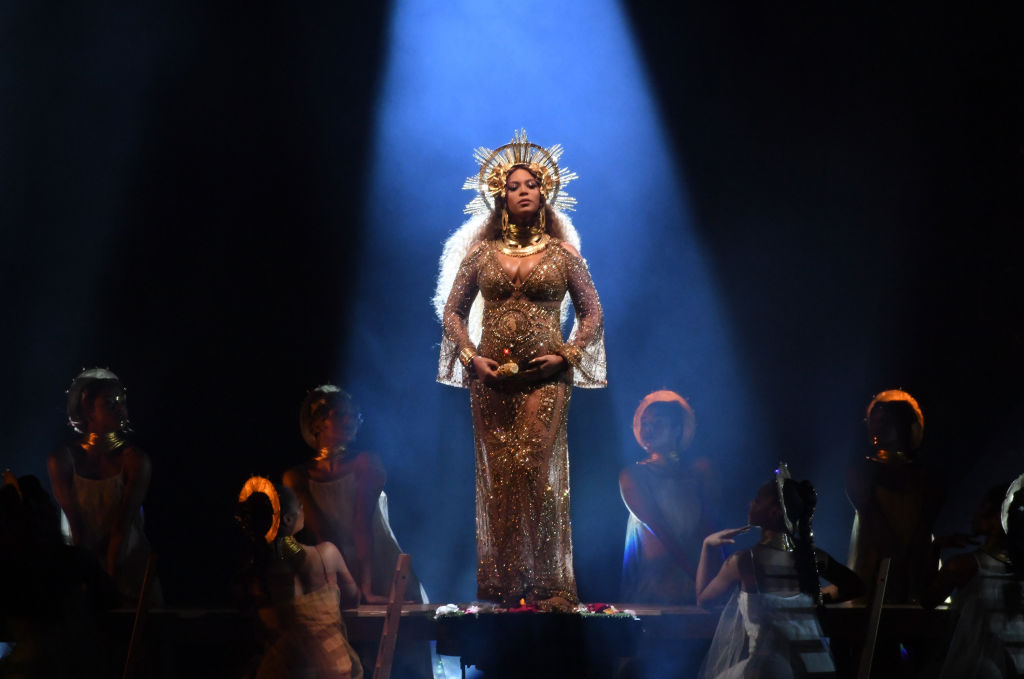 For most of my life, rock bottom was familiar. I’d always seen it, that hard, cold foundation one would meet at the end of the rabbit hole. I flirted with rock bottom, always drifting toward it as I kept my voice within, but shied away at the last second — until I was pushed off the edge. And that edge came in the form of public speaking: a common fear, but one that I loathed. Conquering that fear would turn my rock bottom into a trampoline — I would hit it and bounce back, experiencing the kind of growth that would disrupt my view of myself. I was comfortable being unhappy.

I’m not sure if anyone else knew I was suffering. I had just been named salutatorian, and was gifted a spot at the podium on graduation day. I shook many hands the day it was announced, faked my thank-yous with a smile. But the second I was alone, I broke. I hit rock bottom, and it hurt. Rock bottom was me realizing that I needed help — I had just been given something I’d worked for my whole life, and I wanted to give it back. Immediately, I planned to skip graduation. It didn’t matter if I disappointed anyone by not going, because I’d already disappointed myself. 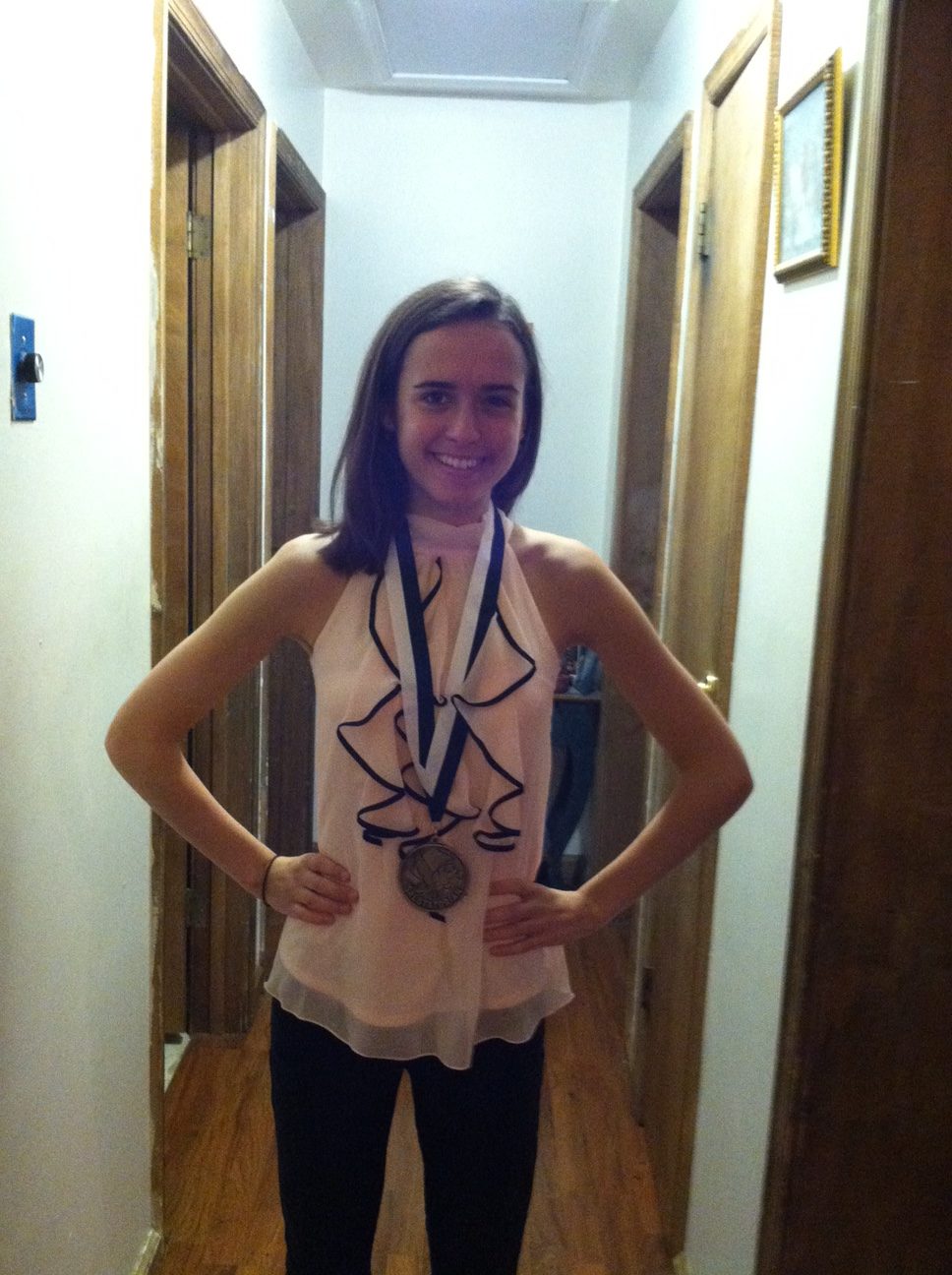 I curled up on rock bottom for weeks. I felt comfortable letting its coldness numb me as I studied for finals. I went through the motions. I prepared a speech using the strength I found in lyrics such as, “It took me some time / But now I am strong / Because I realized I got / Me myself and I”; had it edited; got it approved. I loved my speech. It was everything I wished I’d always said to my peers, my loved ones, to those who often reached out, but had come to accept that it was made of words that would never be vocalized. What I spent more time on was my escape plan. I imagined pulling a Princess Diaries, putting my cat in a crate, getting in a convertible (after finding a convertible), and driving far away. But really, I was just going to call in sick. I knew my family would be disappointed, but again: been there, done that. Would I regret it? Likely. But I had already formed a bond with the greatest regret of them all. I’d grown to accept that I have never been, and will never be, strong.

As graduation day approached, I did a dance to Beyoncé. I took steps forward to “Every now and then you gotta go back in the closet and pull out that freakum dress,” and then took steps back to “Maybe we reached the mountain peak / And there’s no more left to climb.” I pushed myself to go to therapy, but was stubborn in changing my self-destructive ways. I started taking medication, yet used it as a band-aid for my broken brain, avoiding all the personal healing only I could enact. I got ready for the next chapter in my life, but did so with the knowledge that I was making decisions to please others. I listened to music that inspired me — mainly “If I Were A Boy,” “Best Thing I Never Had,” and my favorite, “Countdown” — but was overcome with the urge to stop singing, to keep quiet. Forward, back. Forward, back. And before I knew it, it was time. 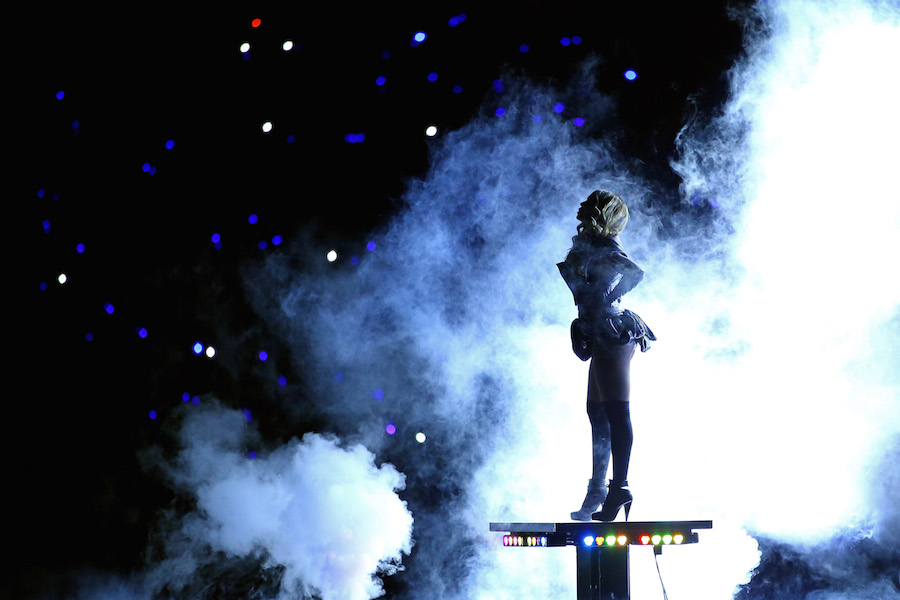 The night before graduation, my mom asked me to reconsider. I said I would try to fight it. To look up from rock bottom. But I went to sleep with the resolution that I would run. Not run the world.

The next morning, when I woke up, something had changed and I panicked. Now that it was here, Graduation Day, I realized that I’d happened upon something greater than myself. My accomplishments were the culmination of hard work, love, and sacrifice — not solely from myself, but from those around me. Everyone in my life had given me their strength when I couldn’t see my own. They supported me with all they could give, which meant that speaking at graduation was about more than fear. It was about recognizing and honoring all that we’d accomplished, together. Fuck.

My mind had been made up. I was going to do it, and I could not stop crying. I was terrified, picturing myself failing in front of thousands of faces. I had no idea what to do, or how to deal with such an overwhelming wave of panic, so I did what came natural to me during times of crisis.

I turned to Beyoncé.

In the hours leading up to my speech, I watched her 2013 Super Bowl performance on repeat. I practically ingested her work, indulging in her confidence as she rose onto the stage and gave the world all she had. Was she nervous? Probably — Beyoncé is still human. But did she fight these feelings in the name of lifting up those who had formed a community around her? She did. And even though I’m no Beyoncé, she made me believe that I could do the same. 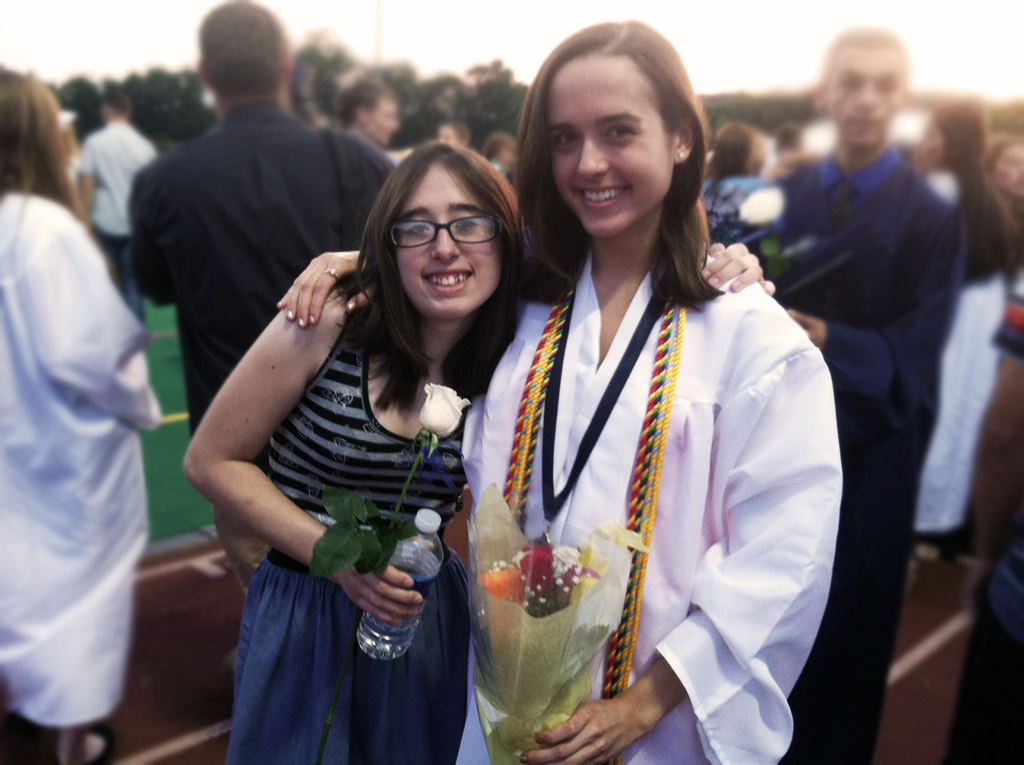 Beyoncé finished performing “Halo,” thanked her audience, and I pressed pause so I could make my way to this next chapter of my life. I was still terrified, but I had already fallen and this was me getting back up. My climb was slow and steady, but I made my way to the podium and released all I’d held within for so many years. Those walls I built around rock bottom came tumbling down, and though there was still darkness on the other side, I was ready to put up a fight.