These are the ages you peak at everything

As we grow older, it can be easy to fall into the trap of feeling like your best days are behind you. And for certain skills, that is indeed the case. But as each birthday rolls around, there’s reason to be excited, too, because you’re getting one year closer to your peak happiness, or math skills, or body satisfaction.

Read more: Pomegranates May Be The Antidote For Aging

People hit different “peaks” throughout their lives, starting around second grade when foreign language skills are most likely to take off. It’s a lot easier for kids to pick up new languages than it is for adults, so an individual’s ability to learn a new language peaks at age seven, according to a report published by Tech Insider. Your ability to learn—and remember—new names, however, peaks later, at age 22. And it’ll be another decade before you’re at your peak when it comes to remembering faces. According to the averages of several studies, people remember faces best at age 32. 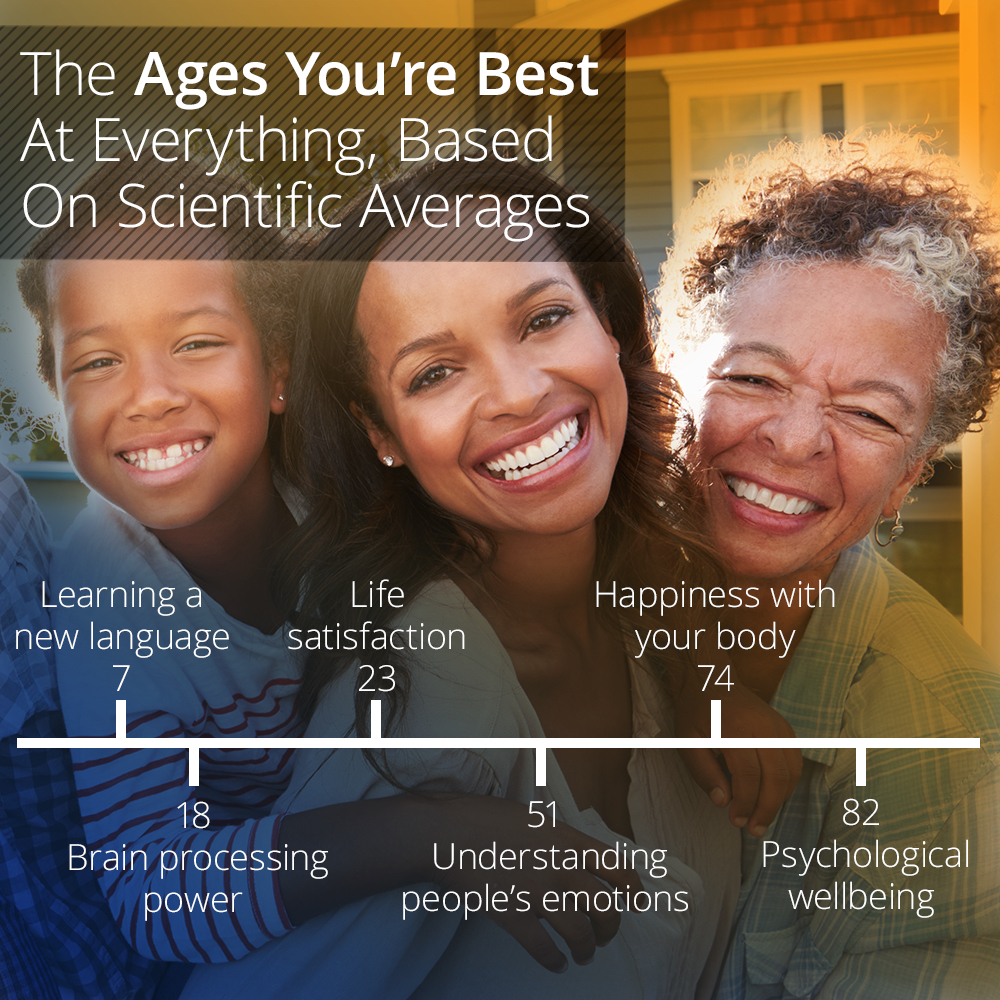 Read More: A Gene Could Predict If You’ll Go Gray

For the most part, these peak ages are the same regardless of gender. But the age at which you’ll earn your highest salary has a fairly large gender discrepancy—women will reach their peak salary at age 39, while men do so at age 48.

Read more: People With Early Birthdays May Have More Success

Yet both genders reach peak arithmetic skills at age 50. The following year, at 51, is when people are best at understanding the emotions of others. Peak vocabulary occurs at age 69, peak happiness with your body at 74, and last on the timeline is peak psychological well-being, which is reportedly reached at age 82.

All of which is to say, there’s always something to look forward to!