At just 19, British photographer Chloe Sheppard is hardly old enough to remember the ’90s, but that doesn’t stop her from drawing major inspiration from the decade defined by grunge and outsider-chic. Her portraits, which almost exclusively feature young women, pull heavily from that ’90s aesthetic. Despite that influence, her shots somehow still feel super contemporary — even timeless.

The aesthetic isn’t the only compelling thing about her evocative work. Her portraits are glimpses into an intense internal and emotional world. As Sheppard says, through her works, she creates the world that she desires, the teenage-hood of her dreams. If it’s not an exact portrayal of reality, but that’s kind of the point — it’s a better one. She adds to the conceptual complexity by shooting predominately on 35mm film. 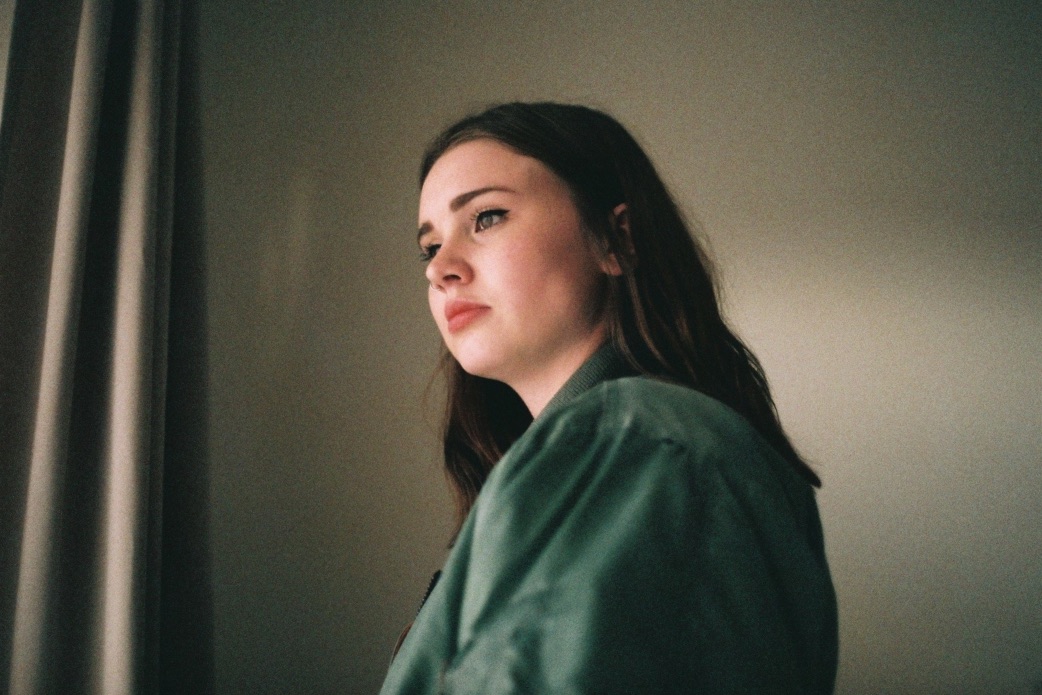 We spoke with Sheppard about her work, her influences, and advice for women in the arts. Let’s jump in.

HelloGiggles (HG): How did you get into photography?

Chloe Sheppard (CS): When I was younger, say 12 or so, I was always taking pictures aimlessly. I had this little compact camera I would take to school with me, and at any opportunity (break times, lunch, school trips) I’d take a ton of pictures and (shamelessly) upload them to Facebook afterwards. 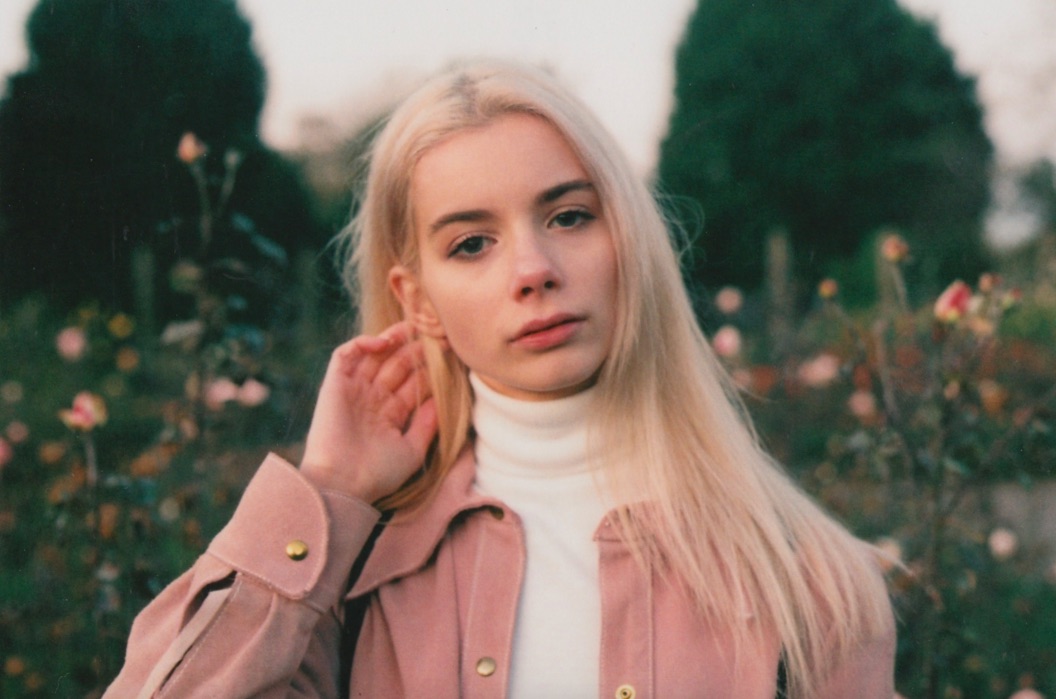 One of my best friends at the time, had a father who was a photographer and he showed me how to alter the settings on my camera so I could take super close-up shots and make them look more professional. I was in awe of the results, and ever since then I’ve been hooked. Once I made the transition to film, I just have not stopped.

HG: What do you hope the viewer gathers from your photographs? What about the subject?

CS: With a lot of my work, I just shot it because it was something that I found beautiful at the time and wanted to remember, with no particular meaning to anybody else. However, I try and show people the beauty that I see in [my subjects], that they don’t necessarily see themselves. 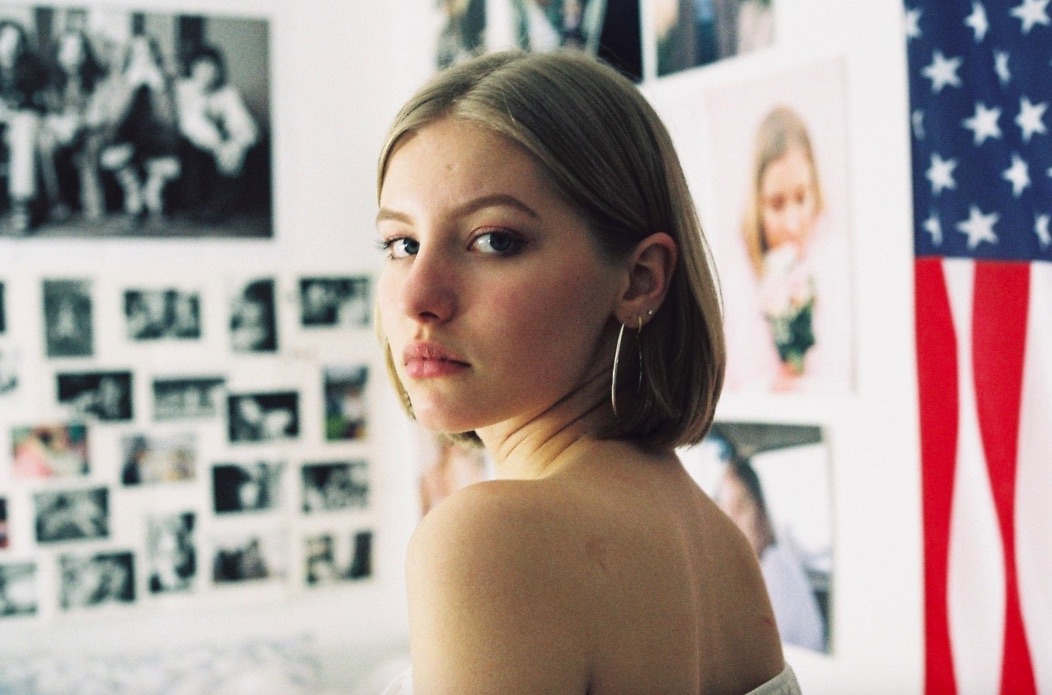 With the subjects, I shoot with people who fit some kind of my ‘ideal.’ Some of these people in the photos are my friends, and the ones who aren’t, I wish were. 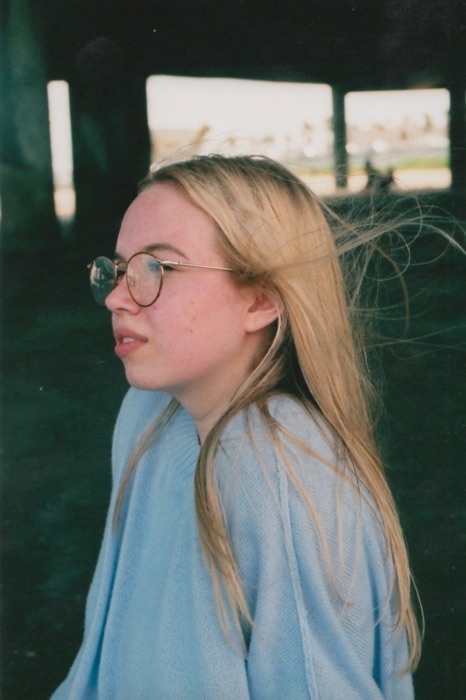 I read this interview photographer Chad Moore did once (he’s one of my favorites) and he said something like, “I look at my pictures as kind of an imagined nostalgia — an ideal view on my life,” which I relate to 1000000%. The photos I take are of times and situations that the viewer may think I was really in, however some of them are staged and set up. But when I’m older and look back on these, I won’t remember the ones that were posed and the ones that weren’t. I guess, my photos are helping me build this narrative of my teenage-hood that isn’t totally real, but that I would like to be. 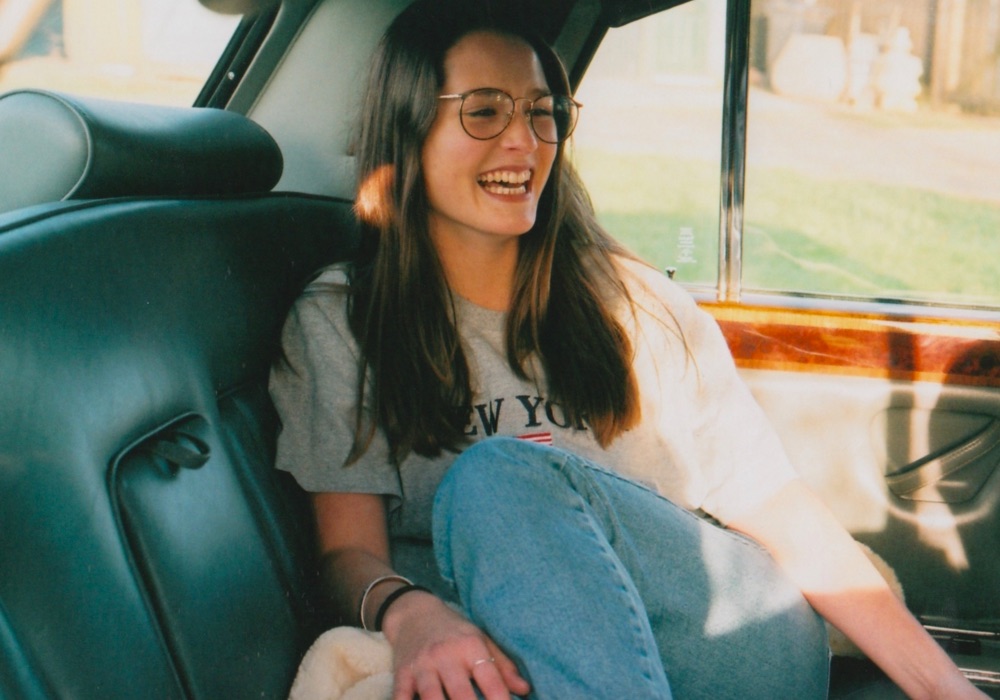 HG: Many of your portraits feature young women — could you explain why you made that creative decision? How do you choose your subjects?

CS: I think the reason most of my subjects are teenage girls is because I can identify myself to them, and portray them the way I’d like myself to be seen.

Photography for me has been a distraction, a way to be able to control the way something is presented because I feel I can’t do it with my own appearance. I feel like my work is my way of projecting something aesthetically beautiful into the world.

To begin with, most of the people I shot were my friends. It was only once I started using Instagram that I connected with other like-minded people who were down to shoot.

I’d browse people’s profiles, see what they were into, what their views on certain things were, their style, etc., and if I related to it and was intrigued by it, I’d message them asking to shoot. I’ve met some really great people because of the Internet. 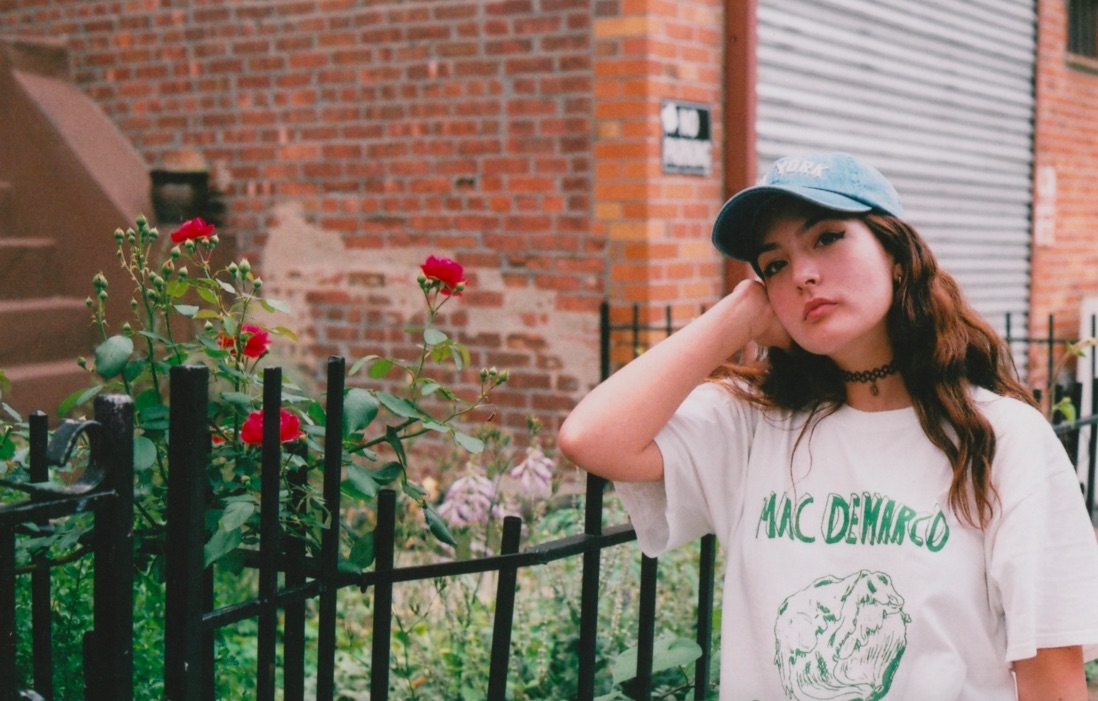 HG: Your photos have a gorgeous ’90s aesthetic. Why are you drawn to that look?

CS: Thank you! I really love the ’90s style, and the ’70s look too, so they’re definitely aesthetics that I try and bring into my work a lot. The movies and music I grew up on, and gained inspiration from, were from those times, so it’s just a style that’s engraved in my mind and that naturally comes out when I’m creating things

It’s funny because I always find myself saying “you need to stop living in the past,” yet everything I shoot is related to some past era or time. I would love to have been a teenager in the ’70s and ’90s, so I feel that if I make my work look like it’s set then, I’m getting to live out this fantasy in some way.

HG: You’ve spoken about the relationship between your portraits and images on social media — could you provide a little more detail? How do they relate?

CS: I have a series on my site titled (anti)social media, which just started as outtakes from shoots where I’d get my subjects to hold their phones because I wasn’t sure what else to get them to do. Then I was at dinner with a friend once who sat on her phone the entire time. Literally the whole time. And it bugged me so much! When I asked questions, she didn’t even hear them because she was so engrossed in her phone, so I decided I wanted to have a series of my own photographs that convey the same kind of ignorance and vacancy. 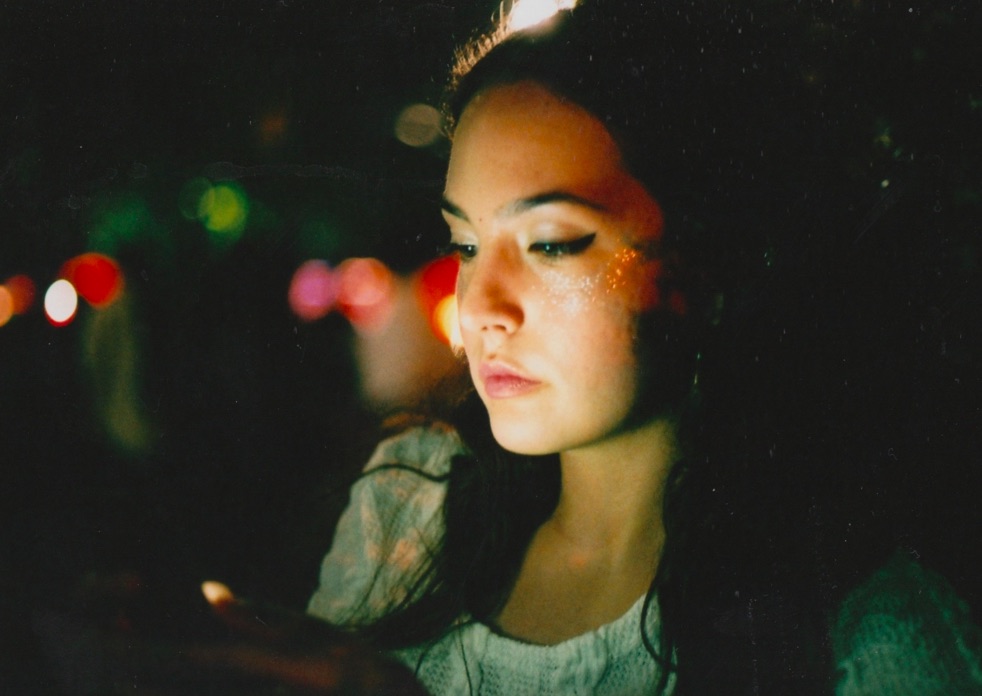 In that series, everyone is just staring at their phones, looking super dull. The photos aren’t revolutionary in any way at all, but after a while of looking through them, you feel like there’s no connection because there’s not a single picture where the gaze is with the viewer. They kind of accurately represent how I felt that day staring at my friend on her phone. 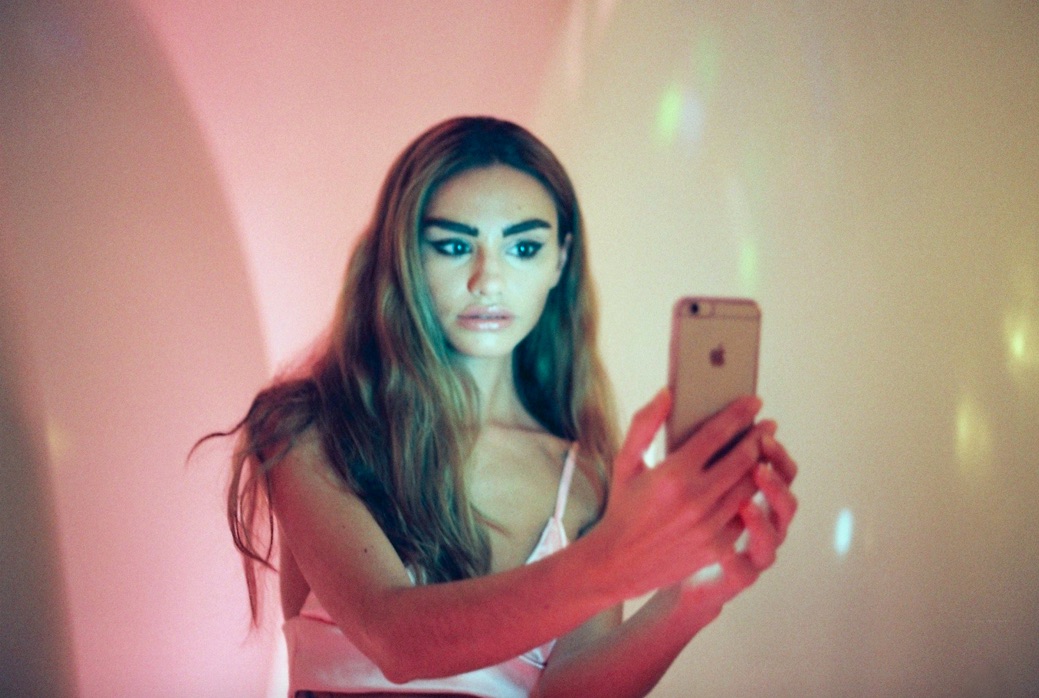 It’s somewhat hypocritical though, because social media has dramatically impacted my own career and the opportunities I’ve been given, so I feel it’s a total blessing but a burden at the same time. 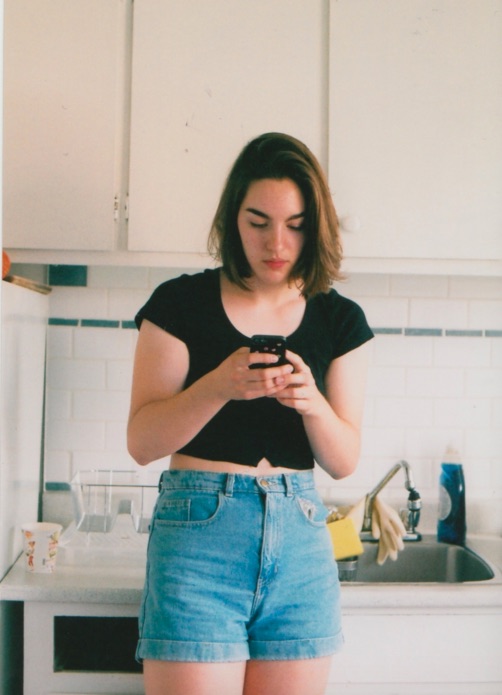 HG: Do you have any advice for young women looking to pursue the arts?

CS: For girls wanting to pursue art, the only advice I really have is to stick with it. You have to be ready for setbacks, being ignored, overlooked and to constantly be questioning yourself. It’s tough because there’s a lot of competition that you have to try not be fazed by, which is obviously easier said than done.

You just need to remember to believe in yourself, and your work, and everything will fall into place eventually. It’s cliché, but there’s a reason people say it a lot: it’s true. 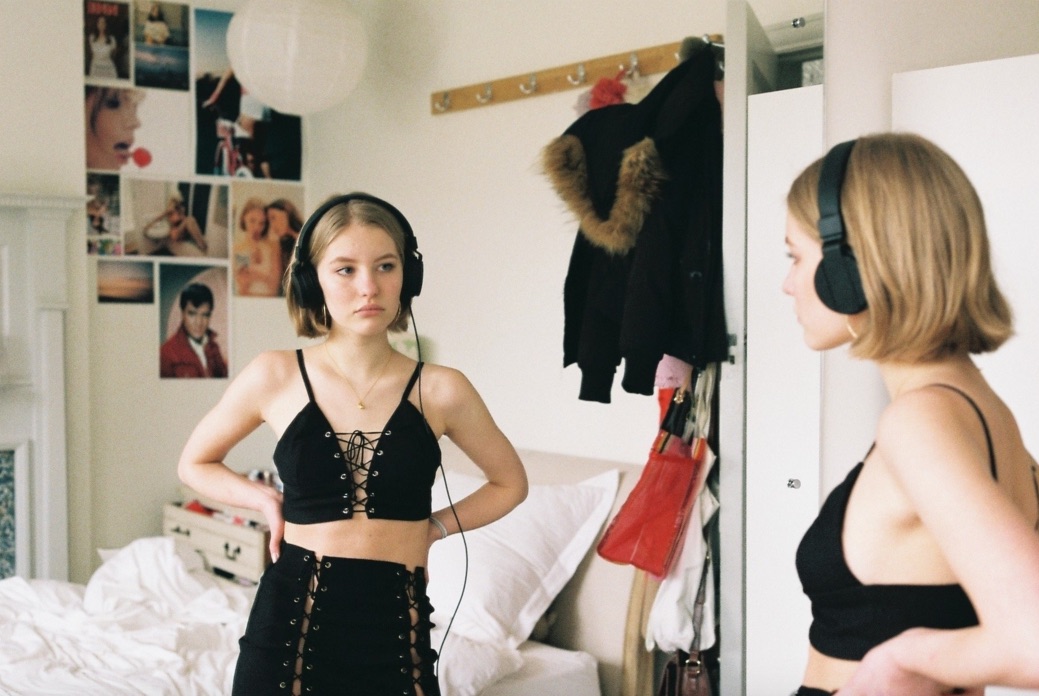 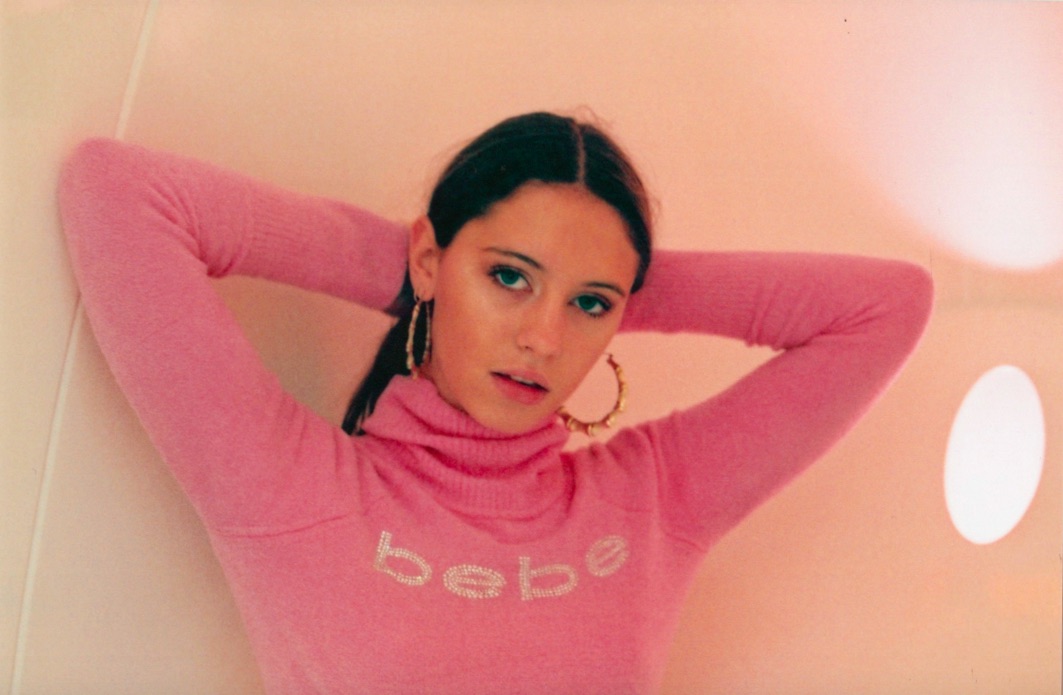 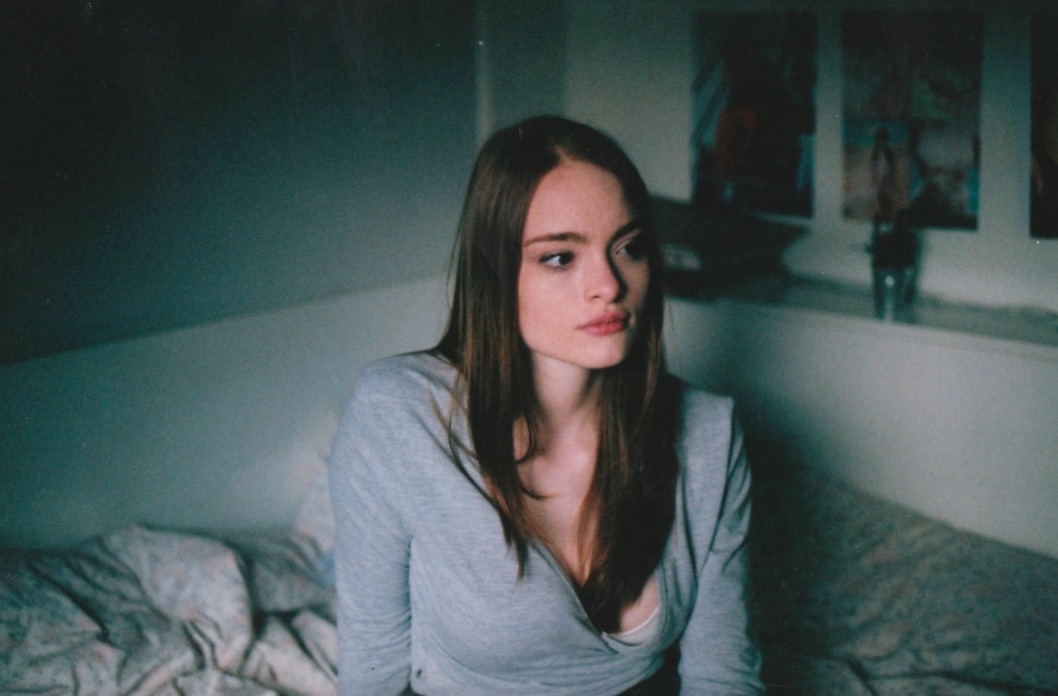 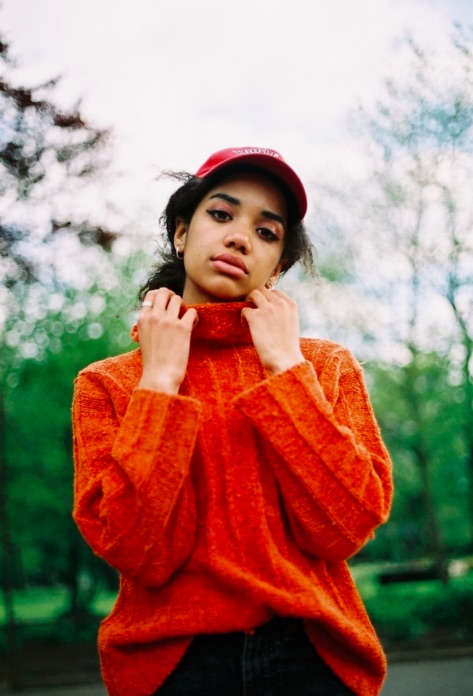 [All images reprinted courtesy of the artist]