Life lessons I learned from my cats

If there’s one thing I *know* about myself, it’s that maybe, possibly, I talk a little too much about my two cats, Mamie and Kitty. I mean, how could I not mention Mamie’s complete indifference towards me after 14 years after I rescued her (see the yellow-haired lady below)? Or the fact that I bottle-fed a 3-week-old Kitty (the bright-eyed black cat) after she’d been found abandoned in a parking lot and yet she doesn’t purr, doesn’t prefer to be petted, and seems disconnected from me years later?

TBH, I didn’t realize I’d referenced them so much until lately when clearing out the pictures on my camera. Are there really as many pictures of them as my children? No. But YES. THERE ARE. Also, more pictures of Mamie’s photogenic RBF than my husband and I together. Should I be ashamed? Am I a “crazy cat lady?” The cats are just so insanely intriguing, I couldn’t help but notice the juxtaposition between their lives and mine which sparked an thought: maybe they know more about the secrets to life than I do. Here’s what I’ve learned from creepily watching them the last few days.

Independence is a great thing

Cats can be loners which is partially why I relate to them so much (read: introvert). They may rely on humans for basic needs and occasional companionship (at their discretion), but ultimately, they take on obstacles solo. This is so important to learn because growing up, though I longed to leave the nest and go be a grown-up or whatever, I couldn’t know what that meant until I actually left. It was jarring to see how the world works without a parent to pay bills or do my laundry or anything I took for granted. And though I’ve always been independent, it didn’t sink in until I was forced to survive on my own. Maybe that’s why I really love a rescued cat. Their litter gets cleaned and food and water bowls re-filled on the daily, but they don’t need me for squat. Whatever it is, they’ll figure it out on their own (much like I learned to do) so I know if they do come to me, it’s because they *want* me. Or maybe it’s for a cat treat. I can’t tell anymore. 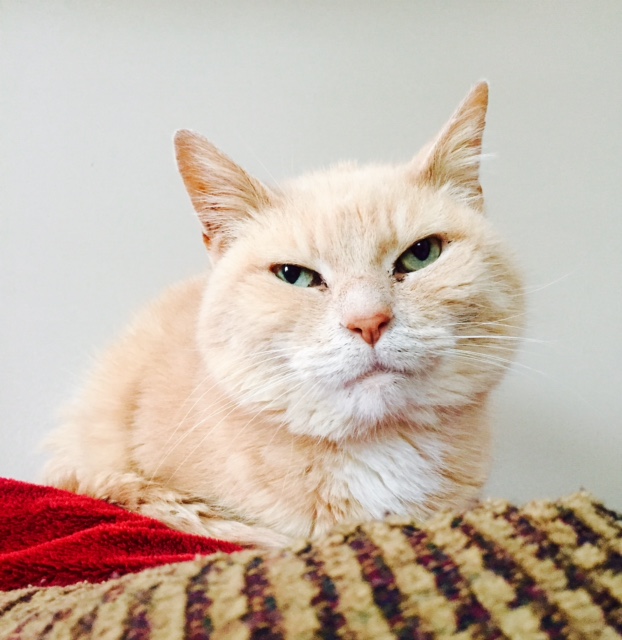 It’s been scientifically proven that we don’t need to shower as often as we think. But if you ask my cats (and could understand their meowing), they’d tell you most waking moments are prime opportunities for self-care. In all the time spent grooming, though, I’m still not sure how Mamie manages to always smell like the litter box or have toothpaste caught in her tail. So while a daily shower isn’t as pressing as my cats make me think, taking care of my body is. To look good is to feel good, and all that jazz.

Sleep is a MUST

I’m at an age where, unfortunately, I can no longer get by on a couple hours of sleep after a taxing night out. And actually, if I’m out past, say, ten, you should just count me out for all of the next day’s activities. Cats get this. They make sure to get 20 solid hours of sleep per day because it’s AWESOME. I know most of us can’t squeeze in that kind of time for rest but cats are on the right track. Without enough sleep, you won’t be 100%. Sure, they may wake in the middle of the night for a quick play sesh, but the majority of the day? Meant for three major things: eating, grooming, and most of all, sleeping. Learn from this.

Take a chance every now and then

Ever see something you really want (like a dream job or a piece of cake!) but decide “nah, I’m good?” Cats don’t. They see a bowl of ice cream on the counter and they don’t stop to think about all the ways it could go horribly wrong. They take a chance. This is sage wisdom for anyone with a dream. If you really want that ice cream, stop overthinking and do what cats do—go forth with confidence (whether you make it or not).

Cats are notorious for surveying a scene in dramatic depth before ever taking a step. Why? Because there could be danger (or in my cat’s case—a curious 4 yo) lurking up ahead. So while it’s great to take chances and such, do so knowing the end result may not always turn out the way you hope. However, if you learn anything from my cats, it’s that once they fail, they forget about it for five minutes, move onto something else, then try again as if the first fail never happened. They have nine lives. Why can’t you? 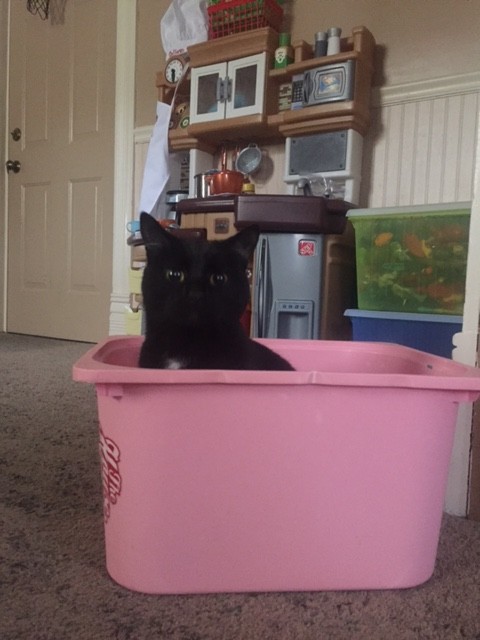 Patience can be learned

I’m the worst at being patient! My email inbox never refreshes fast enough, lines are too long at the coffee shop, and my kids slowly trail behind when we should be sprinting to the car for school. I want to be more patient, I just don’t know how. Cats understand this trait more than I ever will and I admire that. They lurk, they wait, and they stalk, until just the right moment. It may end up in failure (see above) but who cares? They were patient enough to find out so you should be, too.

I’m the kind of gal that feels swallowed up by pretty much everything. I feel too deeply and care too much about things that really don’t matter. Like who cares if the mailman didn’t wave when I drove past? Maybe he didn’t see me. Well, I do care. My cats, on the other hand, don’t. There’s very little they do care about, actually, and I want to be like them! It’s precisely this kind of indifference that makes me think they’ve got life figured out way more than me.

For me, having Mamie and Kitty isn’t just about the love I give them (that they usually reject), but life lessons they’ve taught me. And for that, I say thank you, Mamie and Kitty. Or in true cat form, “you know, whatever, now feed me.”