Lena Dunham has been both lauded for her portrayal of women, and fairly called out for her portrayal of almost solely white women. Especially as an outspoken feminist in the public eye, an understanding of intersectionality is both 100% necessary and something Lena Dunham didn’t initially appreciate. Now, though, it seems she’s coming around and understanding why people have taken issue with her work and the things that she’s said in the past. While it doesn’t undo the harmful things she’s put out, there’s something to be said for personal growth, and we have hope that Lena Dunham will be more inclusive and less defensive in the future.

In an interview with The Breakfast Club, Lena Dunham stated, "It’s not one size fits all, and there are issues that women of color deal with that white women have no idea. White feminists do not have a great history of carrying their black sisters along with them.

Not only that, but Dunham went further to prove her understanding of her missteps in the past. Not only is it crucial to include discourse about the struggles that women of color face that white women don’t when putting forth something as “feminist,” but it’s equally crucial for this discourse to be authentic, and for the voices of women of color to be given space and support, rather than “trying to co-opt their stories so I have a cast that looks great on a poster.”

"It doesn’t need to be my voice telling the story of a black woman’s New York experience, it needs to be [HBO star] Issa [rae] getting to go deep and go personal about what it feels like to be a young black woman dating in Los Angeles right now. 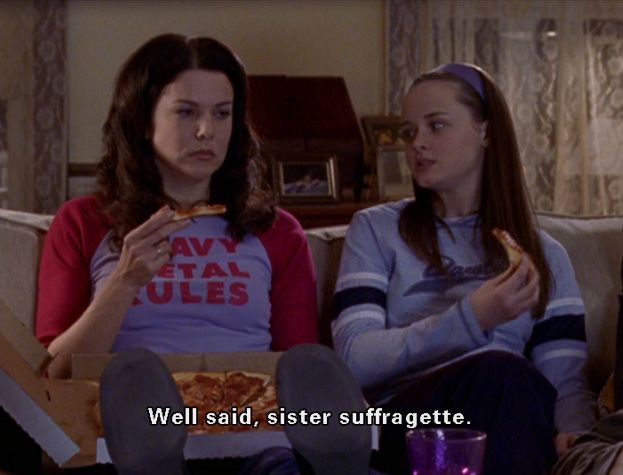 We’re excited to see what Lena Dunham does with her newfound appreciation for intersectionality going forward, and even if her instagram of the Girls cast brings us joy…

…the fact that she “never want[s] to see another poster that’s four white girls” brings us even MORE joy.