Why Lena Dunham may no longer pose for magazine covers

After calling out Spanish magazine Tentaciones for photoshopping her body on their cover, Lena Dunham now reveals that she is completely done with retouching.

In her latest piece for Lenny Letter, “Retouched by an Angel,” the Girls creator discusses the incident and explains what it was like seeing herself photoshopped on this specific cover. “I’m not sure what it was about this particular image that set me off. It’s three years old, is licensed often, and was taken by a photographer I love. But I felt a need so immediate it was like demanding that a driver pull over so I could go to the bathroom despite being in the middle of a five-lane highway,” Dunham reveals. “I wanted to tell people, loudly: ‘That’s not my body!‘”

After bringing this issue to the magazine’s (and world’s) attention, Lena was told that no Photoshop was used on the image. Even so, she believes otherwise (but is not placing blame on anyone) and feels as though she can no longer recognize her own body. “And that’s a problem,” she writes.

Considering that Lena has long been a part of the entertainment industry, she’s had an equally long history with Photoshop. “When I started getting photographed by professionals to promote my work, it didn’t occur to me to ask about, or to question, the use of Photoshop,” the actress reveals. “I was 24, and whatever they did to make women appear important, desirable, and worthy of praise was what I wanted.” This left Lena feeling grateful for all the images that made her feel beautiful after a Google image search. She also acknowledges that this time in her life was not consistent with the realistic, body positive themes she portrays on her show Girls.

One specific incident stands out in Lena’s memory. After her Vogue cover was unveiled, Jezebel offered $10,000 to anyone who could recover the un-photoshopped originals. While Dunham understood that the publication was simply trying to expose body image-related untruths, she also had to ask herself: “Why me?” After all, many other cover models are regularly photoshopped and no one bats an eyelash. 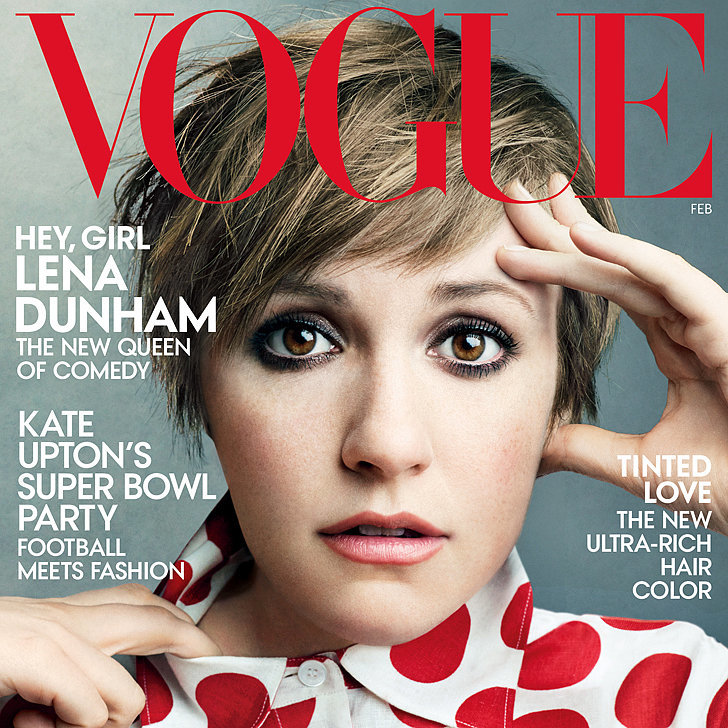 Lena Dunham’s relationship with Photoshop continued for many years. She chose not to ask questions or cause trouble because she assumed “this was the game that made the rest of my creative life possible.” Then, Dunham separated herself from this thought process after viewing the Tentaciones cover because she no longer saw herself in the image.

At that point, Lena realized that she was done. “Not done with getting my picture taken (once an insufferable ham, always an insufferable ham) but done with allowing images that retouch and reconfigure my face and body to be released into the world,” Dunham explains. “The gap between what I believe and what I allow to be done to my image has to close now. If that means no more fashion-magazine covers, so be it. I respect the people who create those magazines and the job they have to do. I thank them for letting me make a few appearances and for making me feel gorgeous along the way. But I bid farewell to an era when my body was fair game.”

While this is an incredibly important statement, Lena notes that she isn’t the first to demand change, mentioning other creatives like Jamie Lee Curtis, Kate Winslet, and Zendaya.

“If any magazines want to guarantee they’ll let my stomach roll show and my reddened cheek make an appearance, I am your girl Friday. Anything that will let me be honest with you. But moreover, I want to be honest with me,” Lena concludes. “This body is the only one I have. I love it for what it’s given me. I hate it for what it’s denied me. And now, without further ado, I want to be able to pick my own thigh out of a lineup.”

All we have to say is that we stand by Lena. We want authenticity and body image to be one and the same when we choose to peruse a magazine. Most of all, we want to see women being portrayed honestly, without unrealistic beauty standards interfering in the process.