I learned to unplug from social media while traveling because, pics or no pics, it definitely happened

I’ve always wanted to fly a sky lantern. When I traveled to Bangladesh last year, I told my cousins that the first thing I’d do when I got there was fly a sky lantern from the terrace of our building — and that’s exactly what I did. We whipped out our phones and cameras the moment the lantern was lit, unwilling to miss even a second of this perfect Instagram opportunity.

But when I scrolled through my phone, I came up empty, and I’m pretty embarrassed to admit I was quite upset about it. Why didn’t my cousin get a good picture of me holding the lantern? Where was their eye for angles? Ridiculous and superficial, I know. But as someone who fills her IG with bookstagrams, it’s practically ingrained in me to prioritize angles for optimal lighting — and it wasn’t until that overly emotional moment that I realized it was okay to not get the experience on camera.

What mattered was I witnessed that experience, cheering as the lantern got swept up by the wind and flew higher and higher until it became a blip in the night sky, without any thoughts of likes and shares.

The common phrase — “pics or it didn’t happen” — is what propels many of us into documenting all moments of our lives for social media. That, in turn, leads to a competition of sorts among friends, family, and acquaintances.

Who can craft the most envious life for themselves?

So when I climbed the excavated mounds of Mahasthangarh, one of the highest geographic regions in Bangladesh and one of the earliest archaeological sites in the country, I avoided the selfies I was almost dragged into. I chose instead to read the history behind the museum’s artifacts, appreciate the rolling hills and meticulously kept gardens, and try to process the overwhelming fact that I stood on the remains of a temple dating back to 300 BCE.

Before I rode on a motorized rickshaw through the rural parts of the country, I purposely left all my electronics at home, choosing to look up, for once, at the flower fields and imposing trees littering our path.

I traveled to Rome one fall, and when my phone died one night, it was a blessing in disguise. I’d been given a reprieve from the pressure to log my whereabouts, post all the fun things I did, or scroll through other people’s feeds to see all the fun things they did. Instead, I strolled along the cobbled streets and winding alleyways of Trastevere, finally able to enjoy the nightlife.

I was more aware of the contagious laughter reverberating from the cafés and pubs, of the joyful applause for various street performers, than I was of my dead phone. 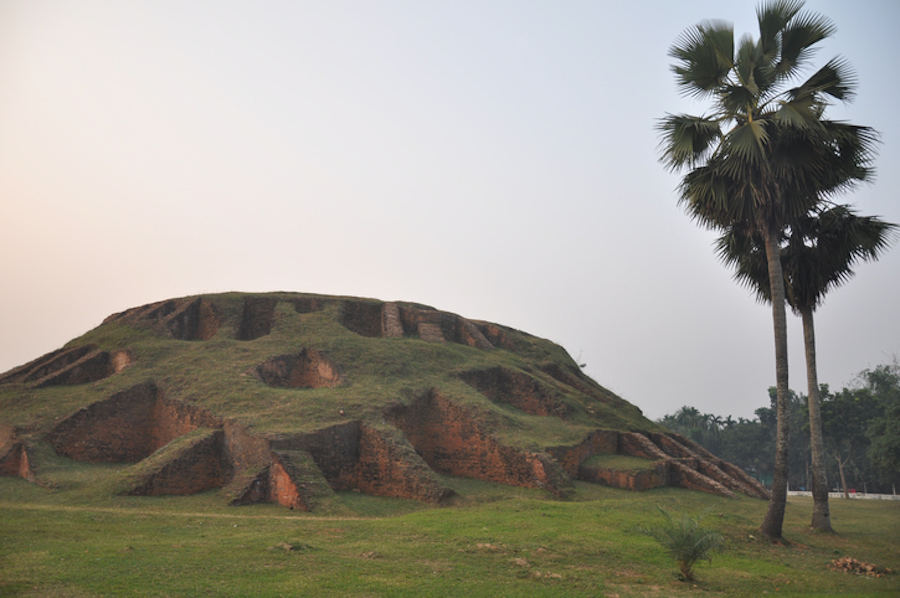 I didn’t have an Instagram or Snapchat account when I was traveling in Europe a few years ago. I was surrounded by people who recorded stories as soon as they arrived to a new place — before they could even fully process where they were — and it was a bit jarring for me to witness from the outside. Sure, I was taking pictures right alongside them on my camera, but not with the same urgency. I wasn’t depending on social media to validate my experience. I wasn’t concerned about impressing my followers.

Don’t get me wrong, I like social media well enough, and I understand the appeal of using it as a travel diary — I did it too. But I’ve come to understand that, for me, traveling is more fun without having to worry about upping my selfie game. I’m okay with cataloging a picturesque sunset in my mental rolodex before I turn on my camera. I’m now more focused on bonding with those around me and engaging with my environment. I had to stop trying to garner viewership and likes on virtual platforms.

Social media lets us maintain connections and raise awareness about issues, but it diluted the experience of travel for me. It got in the way of exploring new parts of the country and the world.

I was left unfulfilled. While I refreshed my feed so I could give my followers major FOMO , I unknowingly missed out on what was in front of me. It’s easy to get lost in the throes of the digital age, especially when we’re increasingly reliant on technology. It’s difficult to let it go without feeling a phantom phone in your hand.

But it’s worth it. Pics or no pics, it certainly happened. And it’s okay if I’m the only one who saw it.