A trailer for “El Secreto De Selena” has been leaked, and we’re on the fence about it

Okay, so let’s just start this piece by saying that we love Selena. Like, we LOVE HER. And there’s nothing or no one who can tarnish the legacy of the beloved Queen of Tejano music. The singer, who tragically died in 1995, has left us a legacy that continues on. But now, Telemundo is showing another side of the story, one that’s more dramatic and whole lot darker. Titled El Secreto De Selena, or Selena’s secret, the show aims to show an unseen side of Selena’s last moments.

Based on the book of the same name by María Celeste Arrears, the leaked El Secreto De Selena trailer shows a much more grusome side to Selena’s death.

The trailer is much more graphic than Selena, showing the musician after being shot, exiting her motel room on “security footage,” eventually collapsing on the floor. The trailer then follows the singer to the hospital, where the ring she was holding in her bloody hand drops to the floor.

While the show aims to show another side of the story, it feels like a conspiracy theory more than anything else. And our only concern is that since Selena was actually murdered, it has the potential to border on disrespectful. 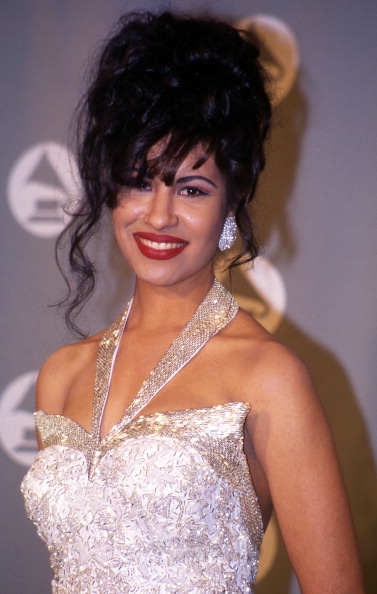 While Telemundo has announced the series, they haven’t released the official El Secreto De Selena trailer, so who knows what will or won’t be included. If we’re going by this leaked version, then this show promises to be bloody and dramatic.

Since it’s Telemundo, we’re not quite surprised. We just hope they don’t disrespect the queen during the series.